On this episode of Read Out Loud, author Elaine Kiely Kearns reads from her debut book,
NOAH NOASAURUS! 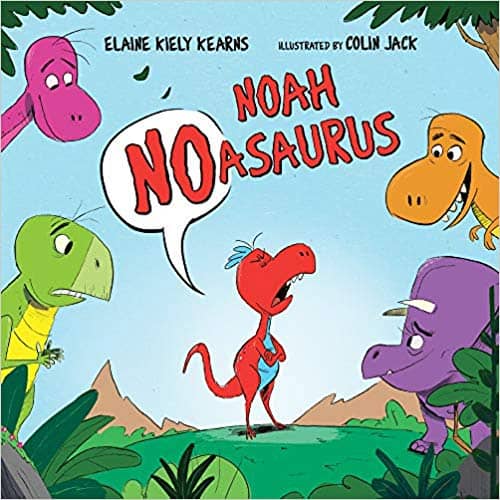 Wow i love this book it is amazing.

Thank you so much!

Thanks! I am so happy you enjoyed it!

Thank you! I am so glad you enjoyed, Noah Noasaurus!

I liked that book!

I liked it. Avery

I liked it. Avery

The book was great

I enjoyed your book and it made me think that even though you say no to your friends it doesn’t mean that you can’t have a great time with one another.

You don´t need to say no to everything.

Exactly! Thanks for commenting!

Yes, Chloe! You can always have a good time with your friends. Thanks for watching!

I’ll try harder next time, okay, Wyatt? Thanks for commenting!

Yes, Jasmine! Thanks for commenting!

I LOVE THIS BOOK THAT I CAN SAY NO TO MY FRIEND AND ME I NOT MEEN TO PEOPLE BUT SOME OF MY FRIENDS I DON,T LIKE

I liked commenting on here and the story:)

i liked the book it kinda made me laugh

The book was great

hi who are you i love your books

Hi who you i love your book

wow this is cool..

Read Out Loud | THE CIRCUS THIEF

Read Out Loud BEE CALM: THE BUZZ ON YOGA