From Lesbemums: How to Build an LGBTQ-Friendly Library for Your Children

Before T was even born, Sharon and I were talking about our favourite books and what kind of books T would likely have on his shelves. Classics like; Guess How Much I Love You, Spot, and Goodnight Moon were all up there, but, very quickly, we realised that families like us were rarely represented in children’s books.

At first it was pretty easy to navigate around, we would perhaps change the odd “mum” to a “dad” so that there were two dads in a story, or visa versa; replacing the odd “dad” with a “mama”. But as time went on, or when T started wanting to look at the pictures in the books and subsequently challenging our choice in character, we realised we had to expand our library to make sure he was represented, not to mention show him a fair representation of society!

We already had a few diverse and inclusive books in our collection, but no where near enough LGBTQ books – we needed more.

They (seldom) listen, but they absolutely learn. Just because they’re not reacting a certain way to things doesn’t mean it’s not in there bubbling at the surface or being absorbed into the filing cabinet called “normal”. Which is where our books and media need to come in. For us, we already had books where two mums or two dads are featured, as well as others that had families from different cultures, but it’s taken us a long time before we could safely say that we had a handsome 60/40 divide between “mainstream” books and more “diverse” books.

One day, it’d be nice when books that feature diverse families aren’t classed as somewhat “specialist”.

A book is a book to T. At the moment, he isn’t bothered whether the main character is black, in a wheelchair, ginger, male, an elephant or a train. He just wants a story that captures and excites him. Which is great, at the moment, but the more we introduce to him, the more open-minded he will become in the future. As a same sex family, we would be doing our child a disservice if we didn’t at least try to make sure we show him what society looks like. That his family are equals.

It was just the other day, just as I was wondering whether all of this – all our efforts – was making a difference, he quoted a number of conversations we’d had over the past few nights during our bedtime story, and it reinforced the importance of being as inclusive as possible when it came to our books.

In light of the recent news about how LGBTQ people are spoken about in schools, not to mention everything else that’s been happening in the past month (#SMH), I’ve finally got around to creating a guide to starting your own LGBTQ-friendly library (this is in addition to posts I’ve written previously about our favourite LGBTQ children’s books) – packed full of wonderful books that spread love, diversity, and equality.

Most of the books we’ve read already, so we will include a brief synopsis, but others that we haven’t have been based on our friend’s and family’s experience.

This was probably one of our first few books we purchased for T that contained a same sex family that wasn’t part of an “educational” book. It’s still one of our favourites.

THIS DAY IN JUNE

“In a wildly whimsical, and colourful, reflection of the LGBTQ community, This Day In June welcomes readers to experience and witness a pride celebration and share in a day when we are all united.”

This is a fabulous book for teaching about inclusion and respect.

“In a Kingdom where all are considered equal regardless of what they look like or who they love, Promised Land is a brand new fairytale about friendship, responsibility, adventure and love. “

I absolutely adore this book* and it’s so refreshing to find a fairy tale with a same sex couple in it.

“When the queen insists that the prince get married and take over as king, the search for a suitable mate does not turn out as expected.”

Another great book where same sex couples are featured subtly within the story and without bringing a lot of attention to it.

“Stella’s class is having a Mother’s Day celebration, but what’s a girl with two daddies to do? It’s not that she doesn’t have someone who helps her with her homework, or tucks her in at night. Stella has her Papa and Daddy…”

This is a wonderful book featuring not only a same sex family, but a two-dad and daughter combo which isn’t often seen!

JULIAN IS A MERMAID 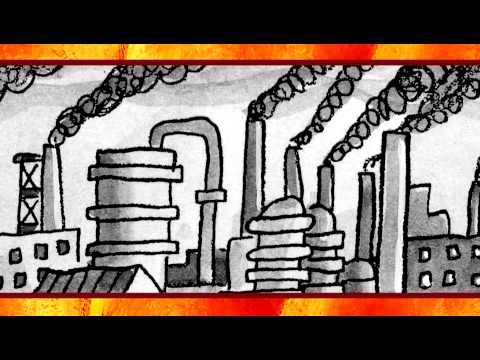 “A glimpse of three women dressed as mermaids leaves one boy filled with wonder and ready to dazzle the world.”

This is probably one of our faves at the moment for so many reasons. It not only features a little boy who goes against gender stereotypes (which can be explored further) but it features different cultures.

Read on for the full list of books to build an LGBTQ-Friendly Library on Lesbemums.

A Culturally Responsive Approach to Discussing Thanksgiving in the Classroom