Hi, this is James Kennedy. I’m the author of the middle-grade fantasy THE ORDER OF THE ODD-FISH and I’m also the director of the 90-Second Newbery Film Festival. We’re an annual nationwide video contest in which kids create short movies that tell the entire stories of Newbery-winning books in about 90 seconds. Anyone from elementary school to high school can participate, and adult help is totally OK.
The best movies are shown at big, rambunctious screenings at libraries and theaters nationwide . . . well, back when big, rambunctious events were a thing! (This year, we were able to do half of the screenings before coronavirus interrupted us.) 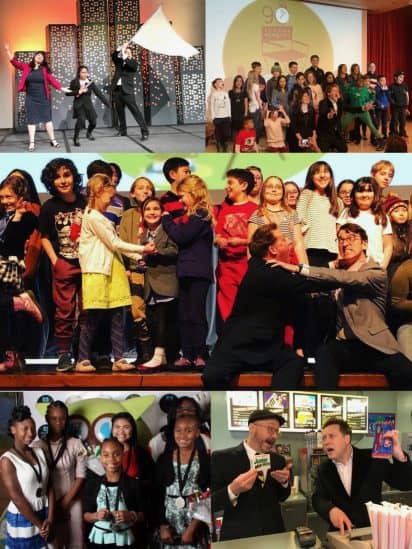 When I started this film festival nine years ago, it was only in New York City and Chicago. Now we screen in THIRTEEN cities, including also San Francisco, Boston, Salt Lake City, San Antonio, Minneapolis, and many more!

Throughout the years, I’ve been lucky enough to get superstars of the kidlit world to co-host these screenings with me—the likes of M.T. Anderson, Linda Sue Park, Jon Scieszka, Katherine Applegate, Bruce Coville, and more.

These screenings are often sold-out affairs, with audiences of hundreds—not only the kids who made the movies, but also their friends and families, and people who love to see weird movies. Over the past nine years, we’ve received over two thousand videos from all over the U.S and around the world. There isn’t enough time to feature every movie at the screenings, but I do write a detailed, encouraging review for every movie we receive, and feature each movie on the 90-Second Newbery Film Festival website.

Since we’re all stuck at home these days anyway, it’s the perfect time to embark on a fun moviemaking project like this. You should do it! Let’s take a look at some of the impressive, clever, and hilarious movies we’ve received over the years. Hopefully, they’ll inspire you to make a 90-Second Newbery movie for next year. We’re accepting submissions on a rolling basis, with the deadline on January 15, 2021!

Sometimes the movies we receive are straightforward but witty adaptations, like this one of Madeleine L’Engle’s 1963 Medal Winner A WRINKLE IN TIME.

“A Wrinkle In Time” In 90 Seconds from James Kennedy on Vimeo.

Often times we get inventive, hilarious puppet shows, like this adaptation of Arnold Lobel’s 1973 Honor Book FROG AND TOAD TOGETHER. (Bonus—this one is by the family of the picture book author Aaron Zenz).

Rap is particularly well-suited for a 90-Second Newbery because it’s perfect for condensing a lot of information into a small amount of time. Here, students of Lincoln Hall Middle School in Illinois adapt Kwame Alexander’s 2015 Newbery Medal Winner THE CROSSOVER.

One of the fun things about the 90-Second Newbery is that kids sometimes reach way back and adapt older, more obscure books—and make them fresh in new ways. Here’s Tacoma’s Jennings Mergenthal’s version of Hendrik Willem van Loon’s 1922 Medal winner, THE STORY OF MANKIND—done in Claymation!

The Story of Mankind (Extra Sound) from James Kennedy on Vimeo.

Ideally, the movie is only around 90 seconds long, but the judges will let the occasional long movie in too, especially if it’s ambitious and entertaining. Like this version of Kate DiCamillo’s 2004 Medal Winner THE TALE OF DESPEREAUX—adapted in the style of the musical Les Miserables, with rewritten lyrics, fun costumes, sword fights, and more!

It’s particularly satisfying to see an old classic with a new twist. That’s how I feel when I see this bonkers version of Wanda Gag’s 1929 Honor Book MILLIONS OF CATS—done entirely in Minecraft:

The most successful 90-Second Newberys retell the book in an unexpected filmmaking genre. For instance, the next movie is of CHARLOTTE’S WEB, but it’s done as a horror movie! And why not?

After all, the very first line of the book is “Where’s Papa going with that ax?”, the plot hinges around a spider using unnatural powers, at any moment our hero might get butchered and eaten, and it ends with thousands of spiders spawning all over the countryside. Warning: this movie is actually kind of scary!

CHARLOTTE’S WEB as a horror movie for the 90-Second Newbery Film Festival from James Kennedy on Vimeo.

Still on the fence about the 90-Second Newbery? Let me sweeten the deal: at the screenings, you’ll get to see me and my celebrity author co-hosts sing and dance! Our screenings always begin with a weird skit and a musical number.

Check out last year’s opener, in which M.T. Anderson and I are confronted by the HIGH SUPREME NEWBERY COUNCIL of (simulated) Newbery winners Kate DiCamillo, Jacqueline Woodson, E.B. White, and Meindert de Jong, who are obsessed with shutting down the film festival and executing me . . . a confrontation which builds into a rousing song and dance:

I hope you’re inspired to make a movie of your own for next year’s 90-Second Newbery or to help kids at your school or library to make their own! The deadline is January 15, 2021, but you can turn your movies at any time before then, too.

You’ll find complete details at the 90-Second Newbery website, including step-by-step instructions on how to make your own movie, including help in screenwriting, cinematography, green screen, editing, and more.

Let’s wrap it up with some fun pictures from the various screenings. 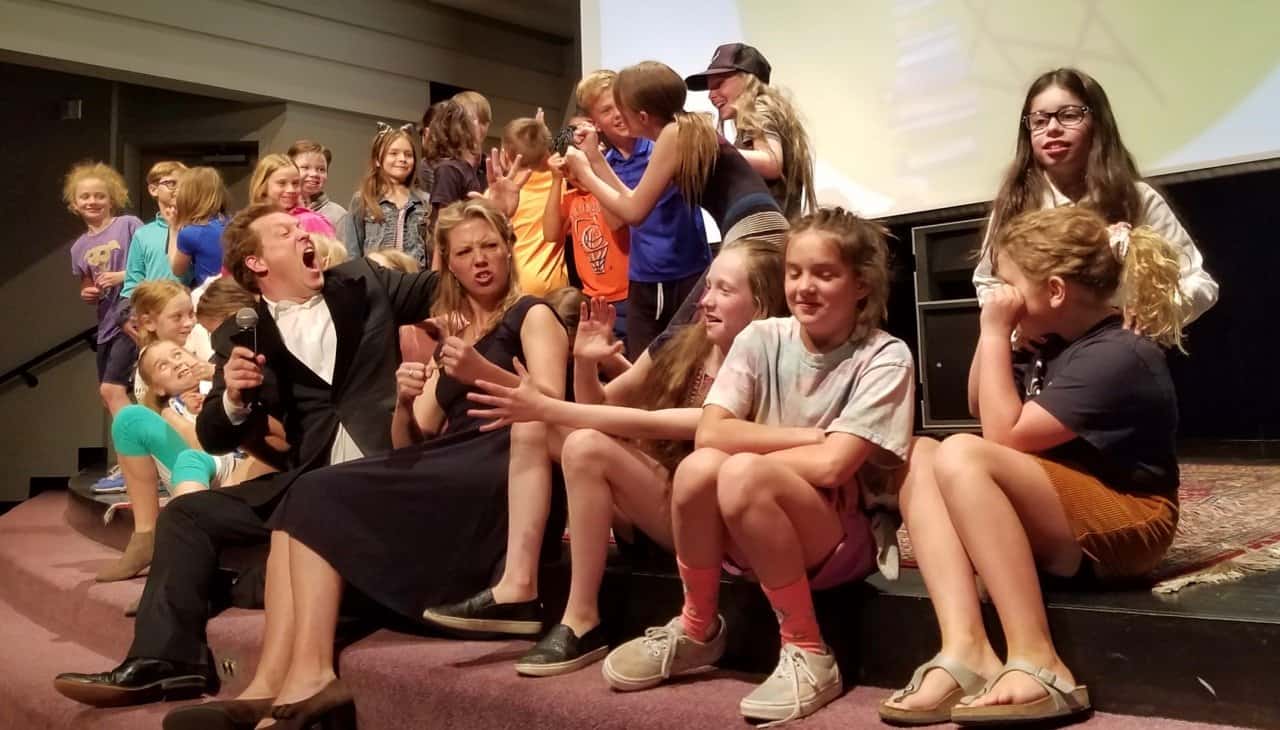 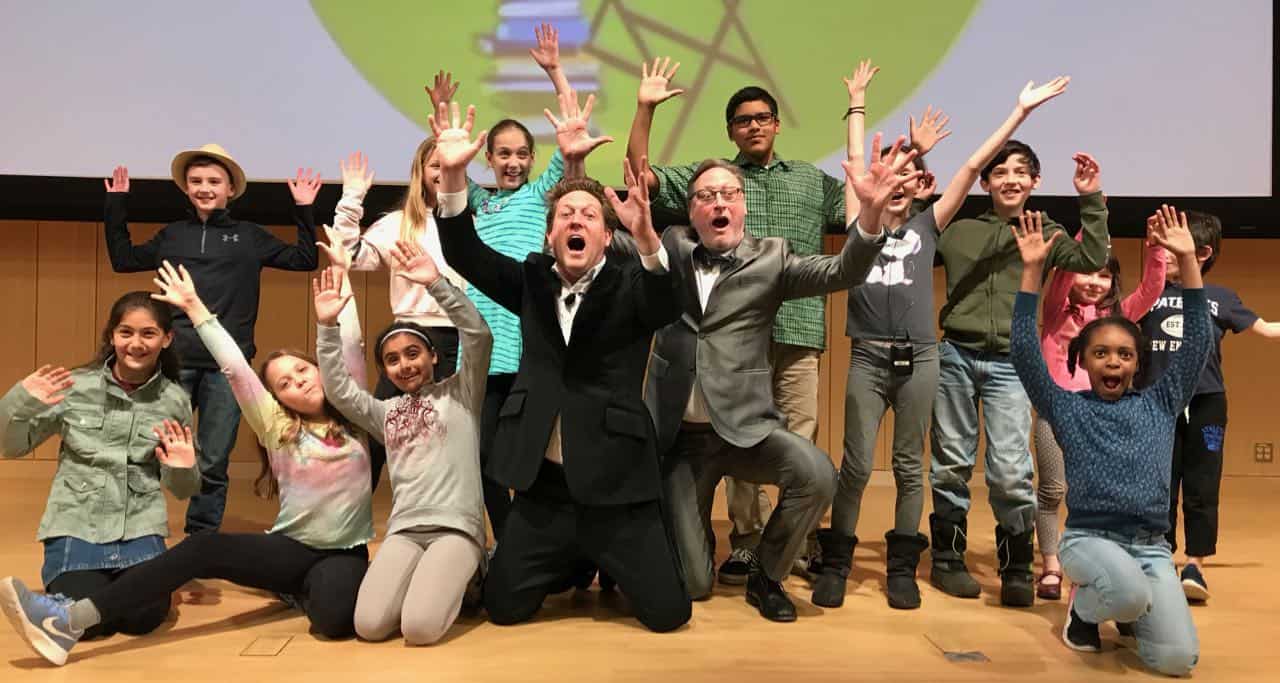 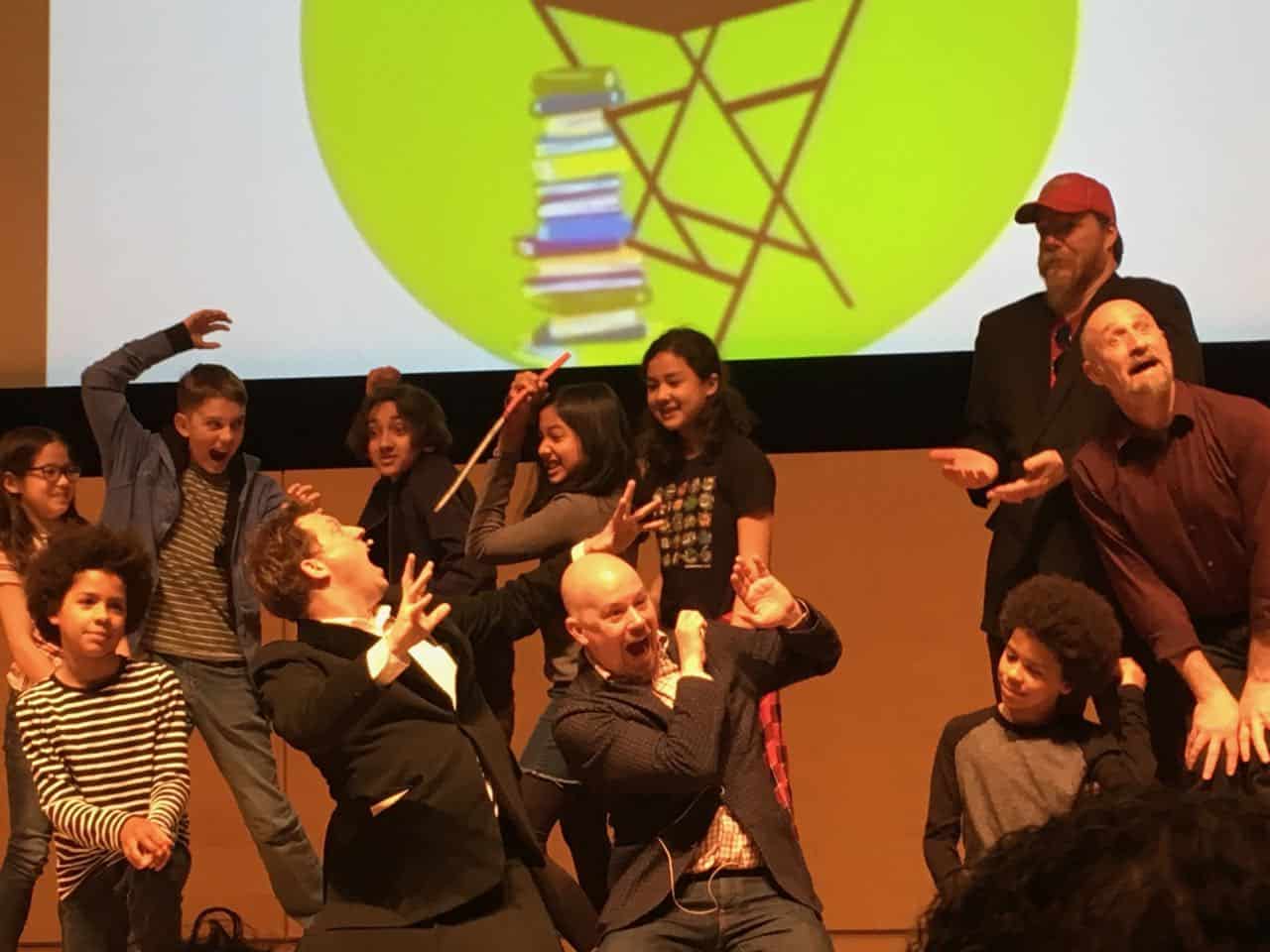 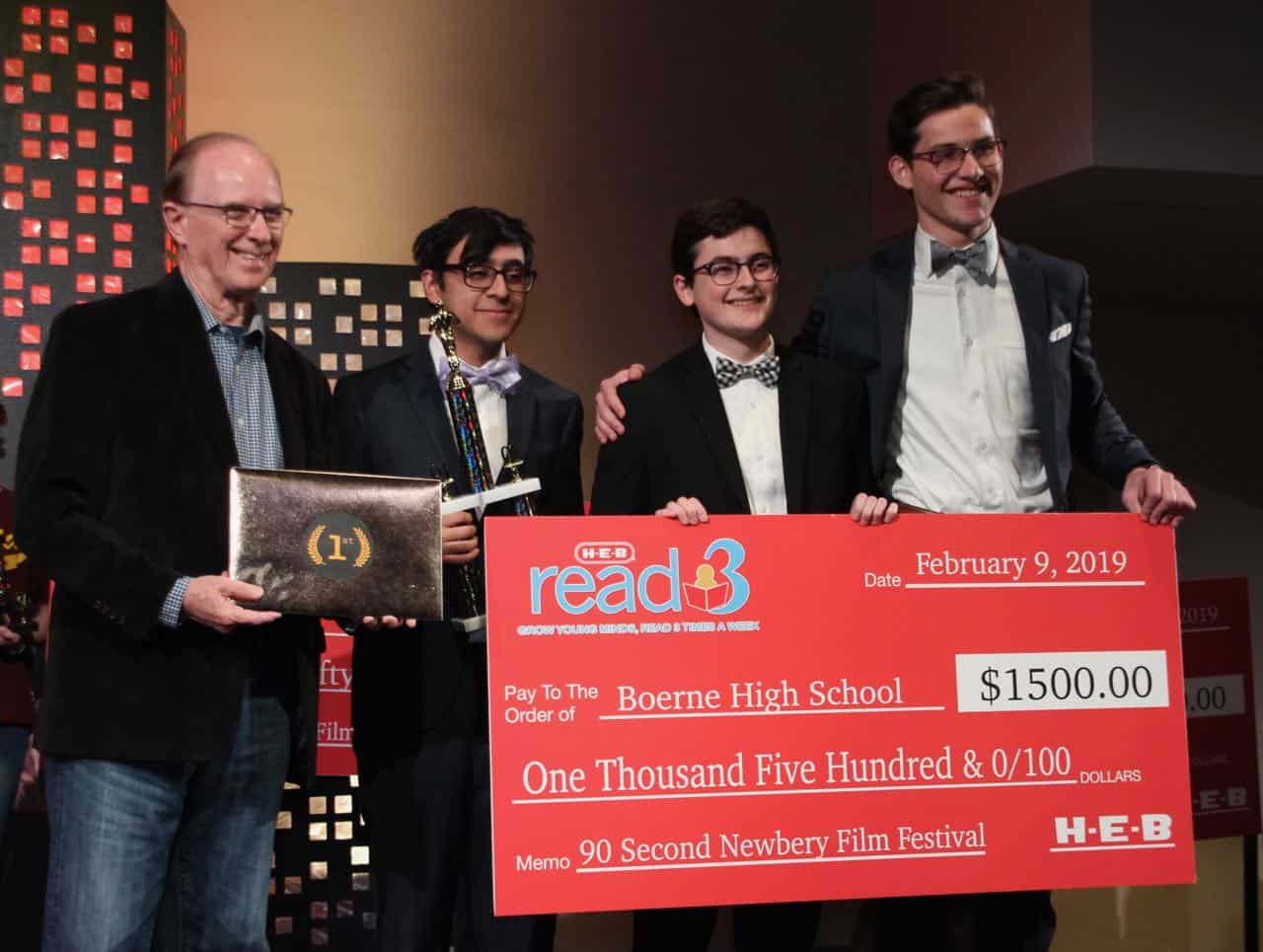 Read Across America with KidLit TV!