Get ready to sing, dance, & draw as KidLit MTV teams up with The Pop Ups!

Learn about their new audiobook, JUKEBOX JOYRIDE, and groove along to super-fun tunes! ?

When you put the score, sound effects, and ambiance together…you really bring the story to life! We use all these tools to make Jukebox Joyride the most vivid, hilarious journey through time and space we could. – The Pop Ups 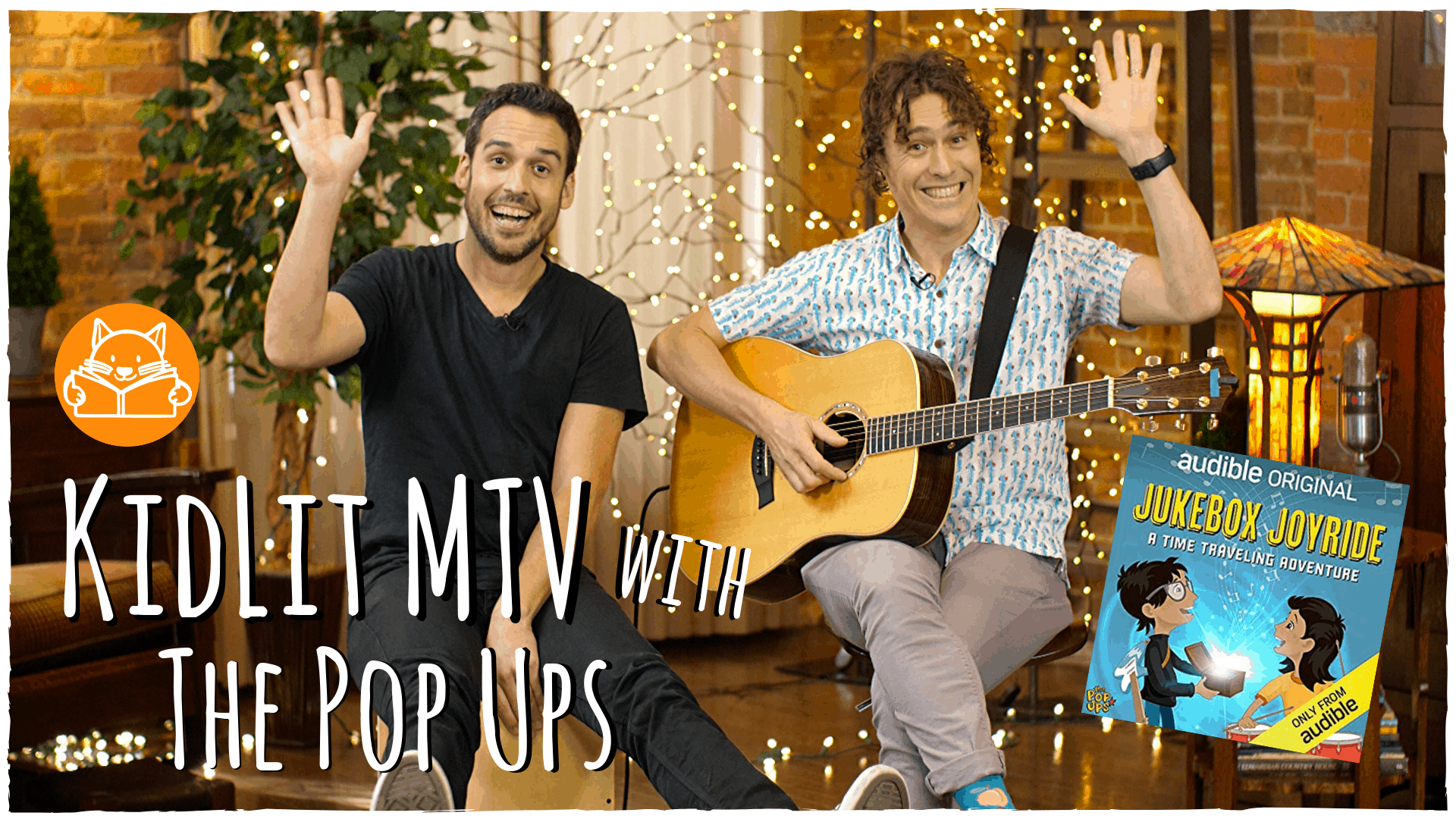 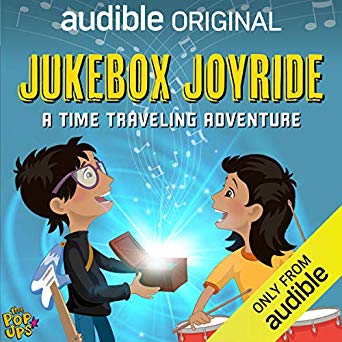 If you could go back in time to witness any concert from all of history, what would it be? Jimi Hendrix at Woodstock? Mozart in the Salzburg court? The Beatles’ rooftop farewell?
Jukebox Joyride follows 12-year-old twins Jules and George on a wild adventure through time. Their Uncle Bob, a renowned ethnomusicologist (he studies music!), has discovered the secret to time travel and is having a ball joyriding through history checking out the best concerts ever…but something’s gone wrong! A sinister force has been unleashed, someone is chasing after Uncle Bob, and the fate of all music hangs in the balance!
Now, it’s up to Jules and George to find their uncle before their new rival does! It’s a musical adventure that brings the twins from the birth of jazz in New Orleans to a performance by an 11- year-old Mozart in Vienna, all while trying to make it back to the present day to pass their history test!  Download the book from Audible! 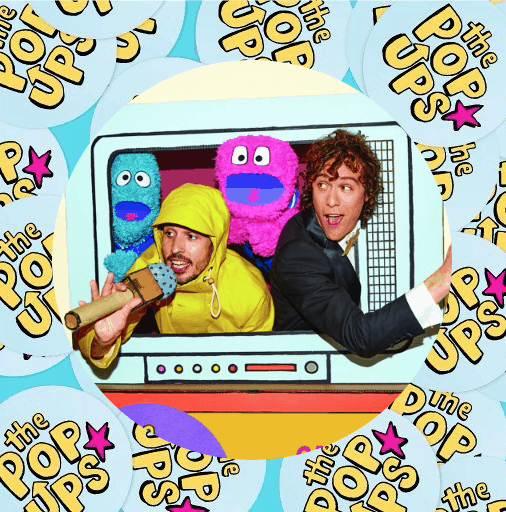 ABOUT THE POP UPS

Three-time Grammy nominees, The Pop Ups, are on a mission: to bring “humor, awesomeness, educational utility, and wild creativity to children’s media.” Since launching in 2010, The Pop Ups have produced content for Sesame Workshop, Amazon Music, ABC Mouse, Sirius XM, and Nick Jr. They wrote and recorded the theme song for NPR’s beloved podcast for kids, “Wow in the World”, and are currently developing a TV show with Amazon Studios. They have toured with Yo Gabba Gabba! Live! and headlined the kids’ music stages at Lollapalooza, Austin City Limits, and SXSW.