Award-winning author, Lesa Cline-Ransome and illustrator, James Ransome, offer us a window into a child’s experience of the Great Migration in OVERGROUND RAILROAD and LEAVING LYMON, two books which have a more than just a few things in common — just like Lesa and James! 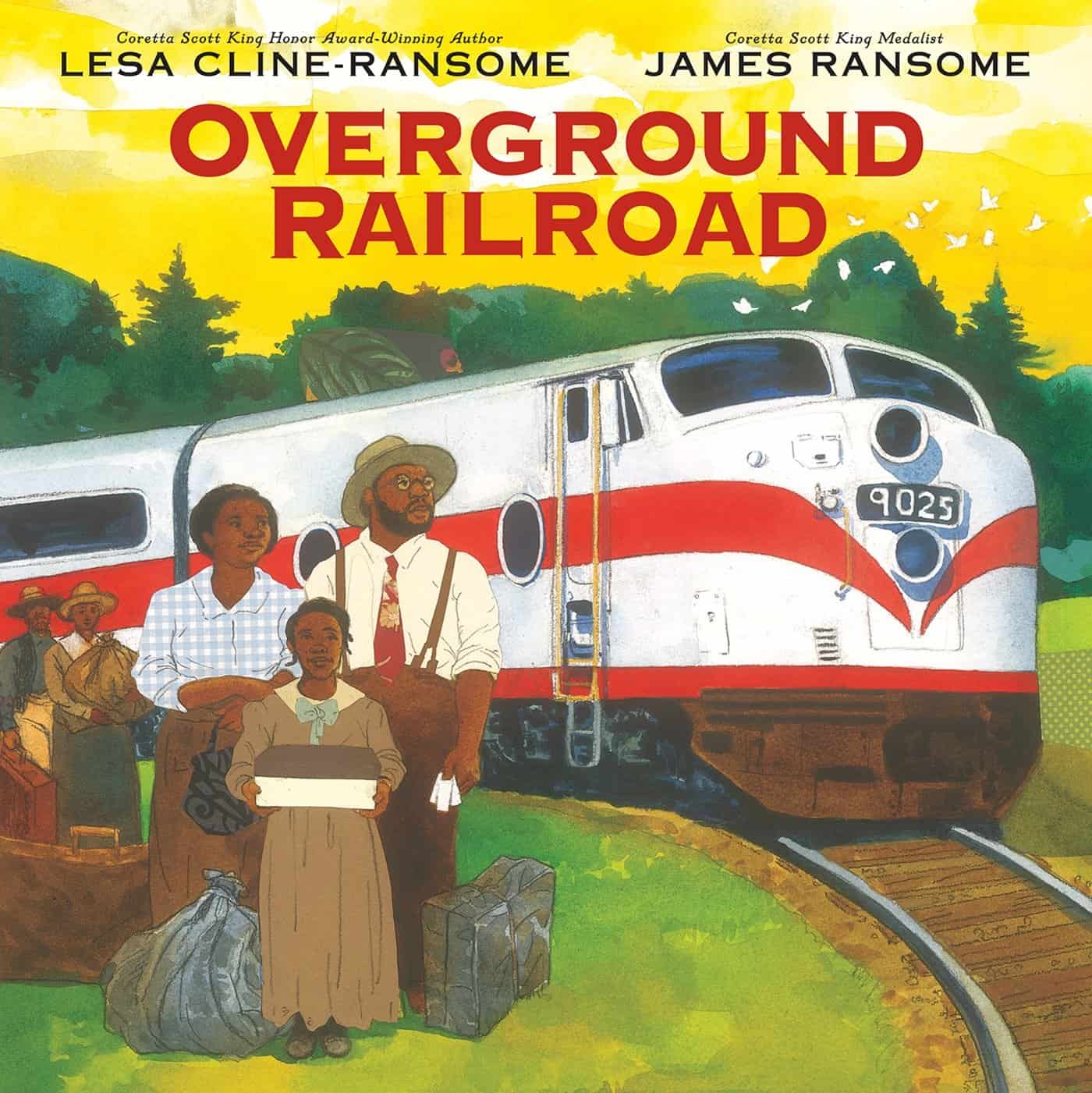 A window into a child’s experience of the Great Migration from the award-winning creators of Before She Was Harriet and Finding Langston.

As she climbs aboard the New York-bound Silver Meteor train, Ruth Ellen embarks upon a journey toward a new life up North– one she can’t begin to imagine. Stop by stop, the perceptive young narrator tells her journey in poems, leaving behind the cotton fields and distant Blue Ridge mountains.
Each leg of the trip brings new revelations as scenes out the window of folks working in fields give way to the Delaware River, the curtain that separates the colored car is removed, and glimpses of the freedom and opportunity the family hopes to find come into view. As they travel, Ruth Ellen reads from Narrative of the Life of Frederick Douglass, reflecting on how her journey mirrors her own– until finally, the train arrives at its last stop, New York’s Penn Station and the family heads out into a night filled with bright lights, glimmering stars, and new possibility.
James Ransome’s mixed-media illustrations are full of bold color and texture, bringing Ruth Ellen’s journey to life, from sprawling cotton fields to cramped train cars, the wary glances of other passengers and the dark forest through which Frederick Douglass traveled towards freedom. Overground Railroad is, as Lesa notes, a story “of people who were running from and running to at the same time,” and it’s a story that will stay with readers long after the final pages. 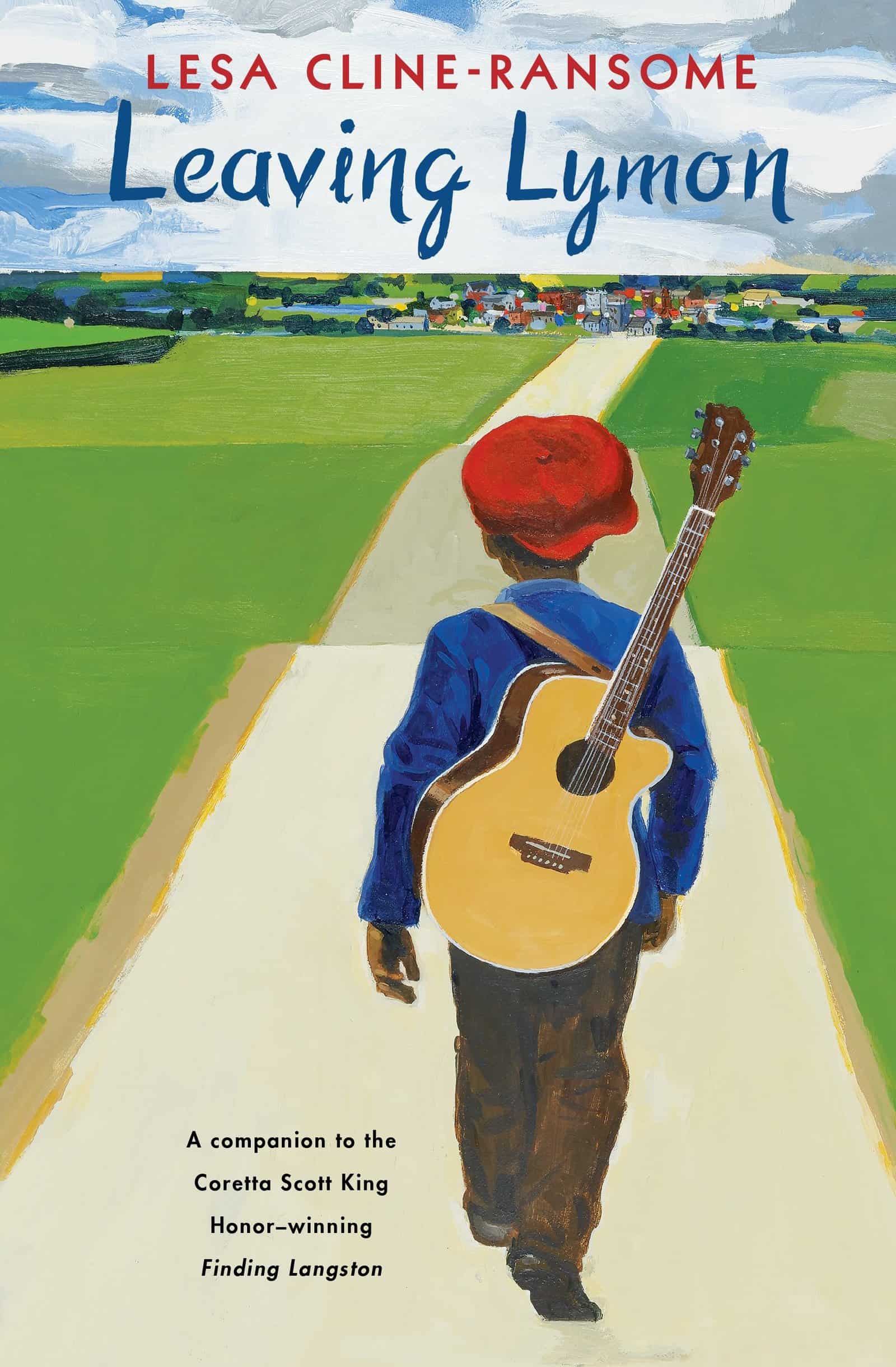 A companion novel to Finding Langston, recipient of a Coretta Scott King Writing Honor and winner of the Scott O’Dell Award for Historical Fiction.

Behind every bad boy is a story worth hearing and at least one chance for redemption. It’s 1946 and Lymon, uprooted from his life in the Deep South and moved up North, needs that chance.
Lymon’s father is, for the time being, at Parchman Farm–the Mississippi State Penitentiary–and his mother, whom he doesn’t remember all that much, has moved North. Fortunately, Lymon is being raised by his loving grandparents. Together, Lymon and his grandpops share a love of music, spending late summer nights playing the guitar.
But Lymon’s world as he knows it is about to dissolve. He will be sent on a journey to two Northern cities far from the country life he loves–and the version of himself he knows. In this companion novel to the Coretta Scott King Honor-winning Finding Langston, readers will see a new side of the bully Lymon in this story of an angry boy whose raw talent, resilience, and devotion to music help point him in a new direction.

James is both a painter and award-winning illustrator, with work exhibited in both private and public art collections. He has illustrated over 50 books, and his awards include the Boston Globe-Horn Book Award Picture Book Honor and the ALA Notable Book Award forSky Boys; the Coretta Scott King Honor for Uncle Jed’s Barbershop; the Coretta Scott King and IBBY awards for Creation; the NAACP Image Award for Let My People Go and Our Children Can Soar; and the Simon Wiesenthal Museum of Tolerance Award, Rip Van Winkle Award, SEBA Best Book of the Year Award and Dutchess County Executive Art Award for Individual Artist.

StoryMakers with Alice Kaltman THE TANTALIZING TALE OF GRACE MINNAUGH