Ready Set Draw! How to draw a BIG CAT from I AM A CAT

Shh…We have a secret for you! Did you know the secret to drawing ALL big cats starts with the shape of a flower vase?! Tigers, lions, pumas, panthers — all have that same shape as the first step! What other tips and tricks does author/illustrator of I AM A CAT, Galia Bernstein have up her sleeve? You’ll have to watch her episode of Ready Set Draw to find out! 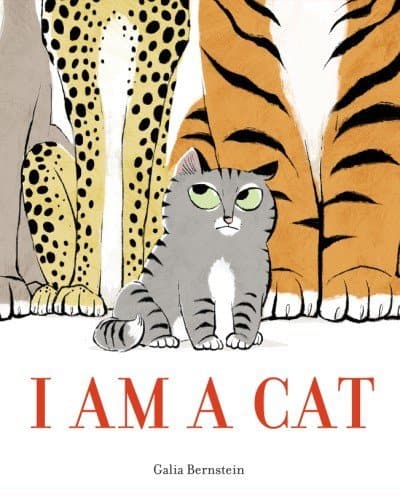 A simple housecat named Simon encounters some bigger cats: Lion, Puma, Panther, Tiger, and Cheetah. Each of the big cats has something to say about Simon not being “cat” enough. According to them, he just doesn’t measure up. He doesn’t have Lion’s mane or Cheetah’s spots. He doesn’t sleep in trees like Panther or climb mountains like Puma. He’s small and fuzzy, not big and strong. But ultimately, Simon shows the big cats that he’s just like them . . . only smaller. A celebration of both individuality and community, I Am a Cat is a strong debut that shows we’re all more alike than we think . . . if we look closely enough.

Galia Bernstein was born and raised in Israel. She started her career as a designer and illustrator for the Israeli Army’s magazine. She later studied illustration at Parsons School of Design at the New School and now works as a full-time freelance illustrator. She lives in Brooklyn.

ik but make a small cat

Thank you for teach me how to draw tiger and cheetah.

it was cool drawing new things.

it looks so good !

wow this is wow

how do we do this

Wow this is fun

I love it so much guys

my favorite big cat is the tiger i even want one

she is a very good and cerativ she is very osoum.

I loved making the tiger and cheetah the best!

Now I LOVE To Draw Tigers and Cheetahs!

well show us how to make small cats

Ready Set Draw! The TREX from DON’T ASK A DINOSAUR