We’ve got a jam-packed StoryMakers for you! Are you ready? Meet author Dori Hillestad Butler and illustrator Kevan Atteberry, hear the story behind the furry, letter-writing cuties in DEAR BEAST — AND learn to draw Simon the cranky cat and happy-go-lucky Baxter the dog! Phew!

But that’s not it! Rocco has a challenge for you! Can you imagine one of your pets (real or imaginary) writing a letter of their own? What would their personality be like? Who would they write it to? What would it say? Share your ideas in the comments below! 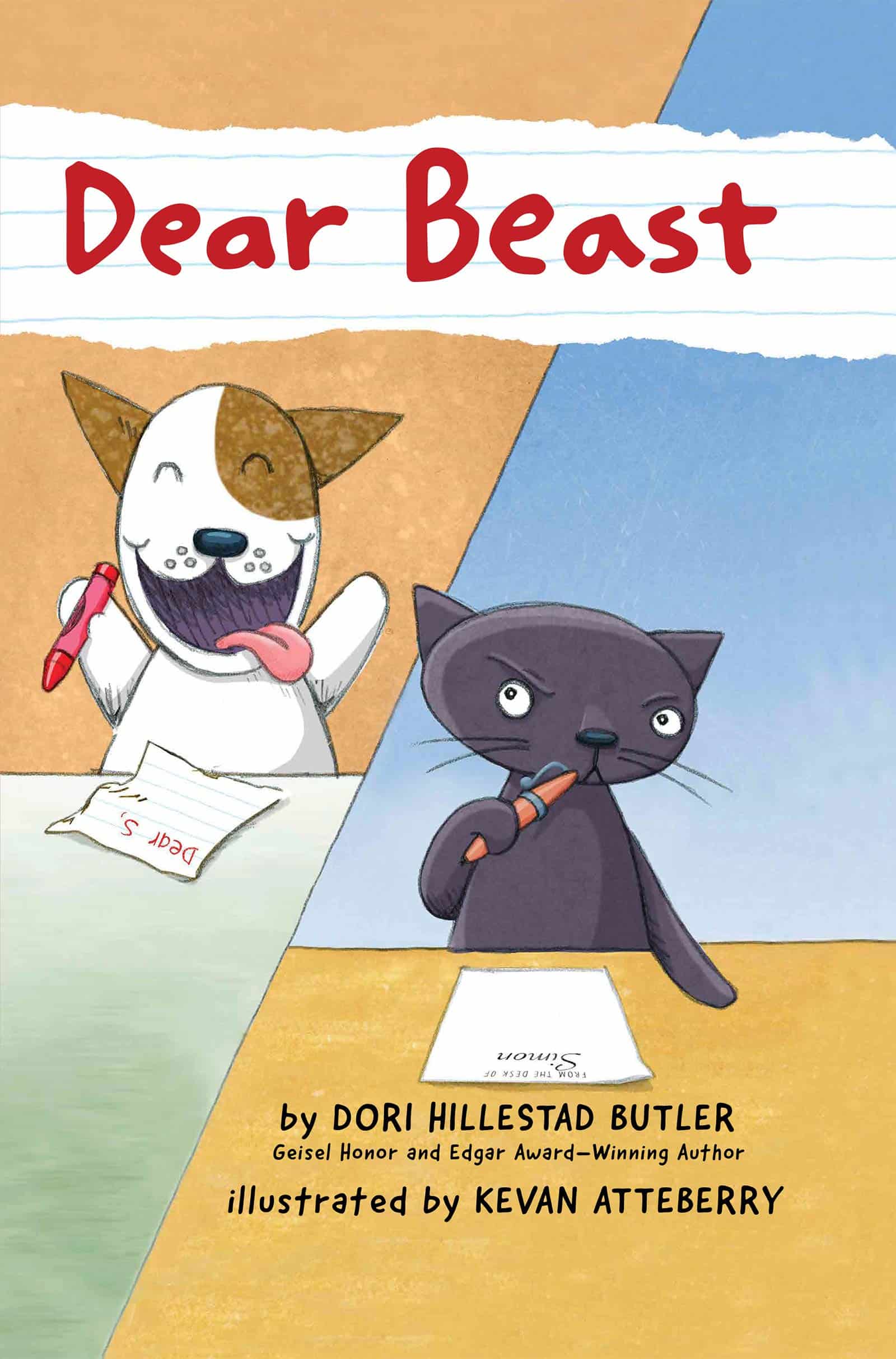 Simon has taken care of his owner, Andy, for many years. He’s a good cat. Clean, responsible, and loyal. What more could a boy want? Even when Andy’s dad moves out, Simon is certain that Andy doesn’t need another pet. So why would Andy’s dad adopt a DOG?! To make matters worse, the animal is a rude, rowdy troublemaker.

Simon’s job is clear: the beast has got to go. He decides to write him a letter. Strongly worded, of course. But when the dog’s response sets off an unexpected correspondence, Simon realizes the beast may be here to stay. Can he make room for another pet in Andy’s life?

This funny and heartwarming collaboration between Geisel Honor and Edgar Award-winning author Dori Hillestad Butler and bestselling illustrator Kevan Atteberry is a tribute to the love of a good pet – and the joy found in a new friendship. With nine chapters and adorable full-color illustrations on every spread, the series is a fun read for parents to share with kids.
A Junior Library Guild Selection

DEAR BEAST Book Activities from Holiday House:
Download a postcard to write your own letter & MORE!

Who would your pet write to? Share your letter with us in the comments section below! 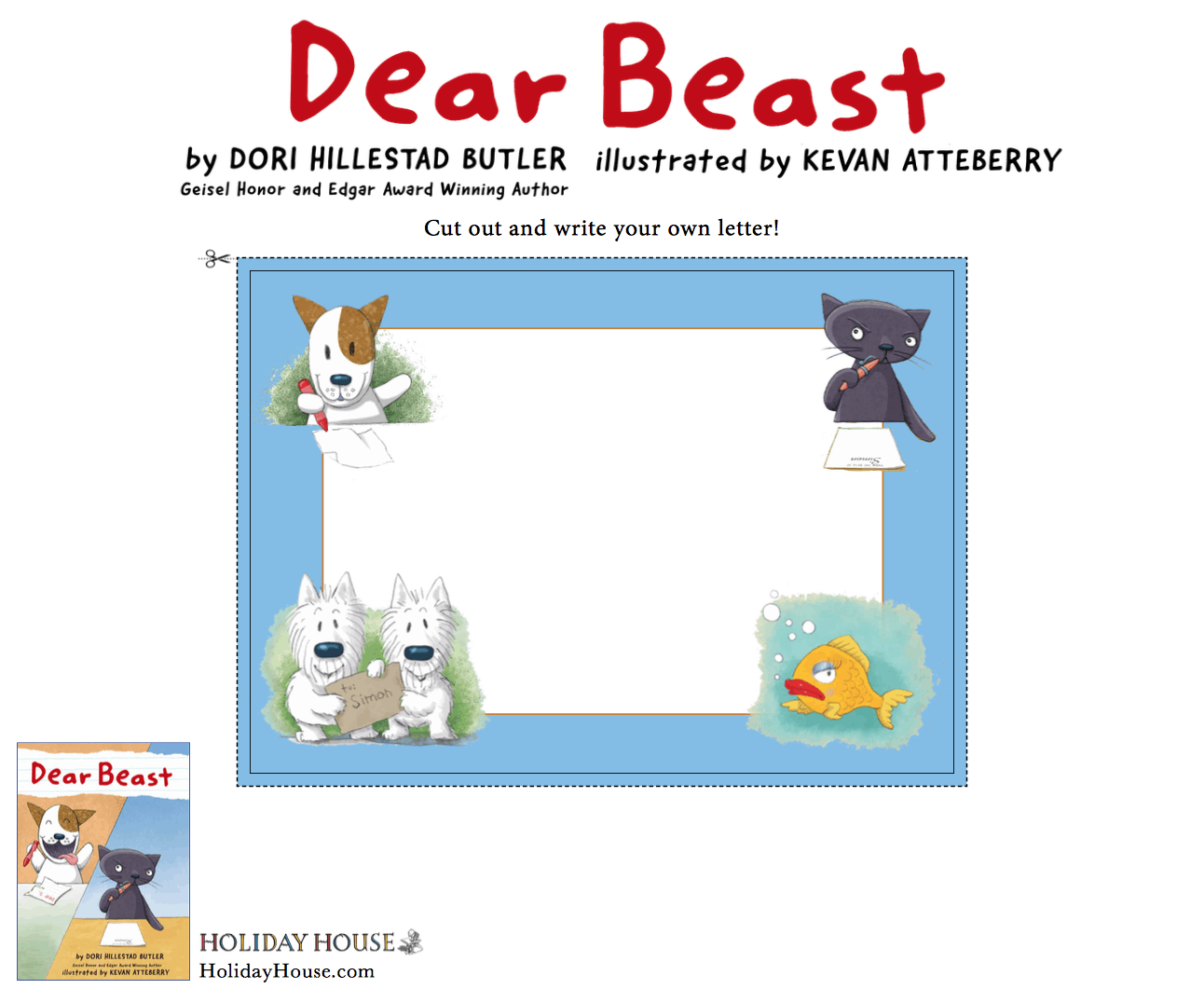 Dori Hillestad Butler is a chapter book series and mystery author who is eager to share her love of story with readers of all ages. She’s written magazine stories, educational materials, plays, book reviews, characters for a board game, and by the end of 2019 she will have published 54 books for kids, including 10 that were “ghostwritten.” She’s been nominated for children’s choice awards in 19 different states, her King & Kayla and the Case of the Missing Dog Treats was named a Theodor Seuss Geisel Honor book in 2018, and her Buddy Files: Case of the Lost Boy won the 2011 Edgar Award for the best juvenile mystery published in 2010.

Kevan is an illustrator/writer living in the Seattle area. He has been drawing since he was knee-high to a crayon. He has designed and illustrated many things including award-winning children’s books. His biggest claim to fame is creating Clippy the paperclip helper in Microsoft Office which still annoys millions of people every day.