On this KidLit RADIO podcast, Rocco & award-winning author/illustrator Duncan Tonatiuh chat about Duncan’s unique illustration style which is inspired by Pre-Columbian art and about how his stories honor the past, but are relevant to children now, like his new book SOLDIER FOR EQUALITY: JOSÉ DE LA LUZ SÁENZ AND THE GREAT WAR. 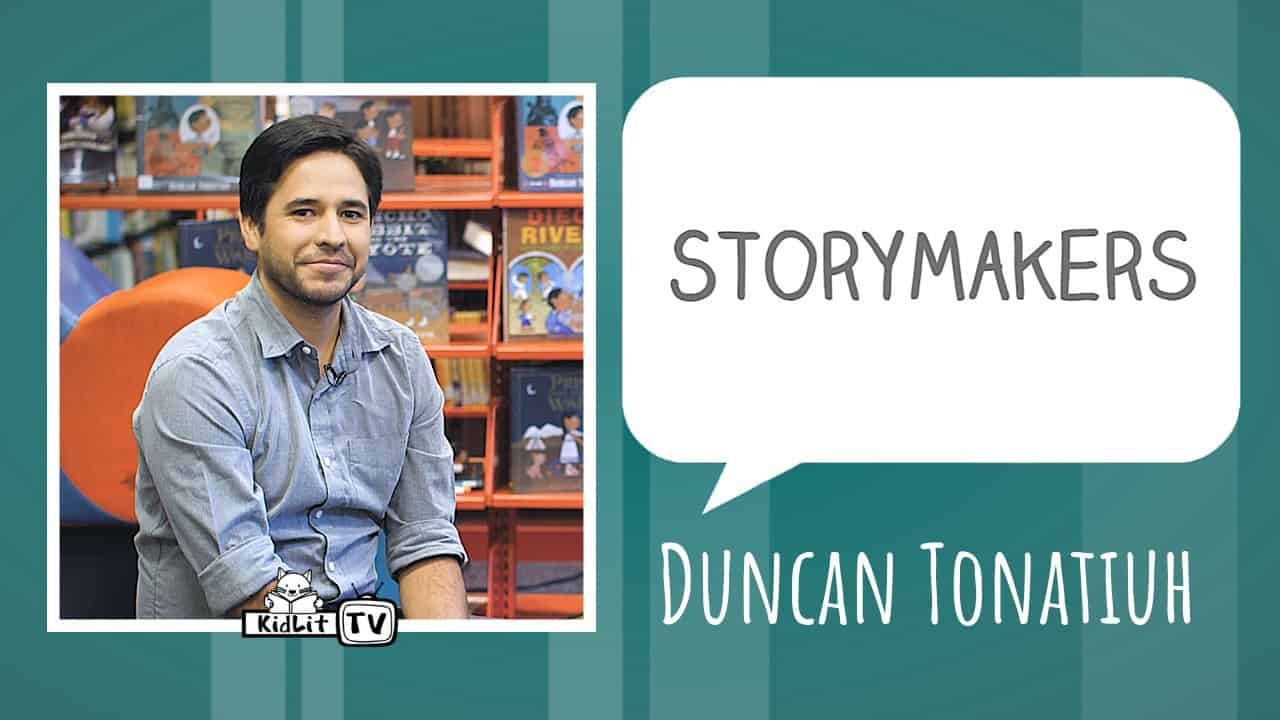 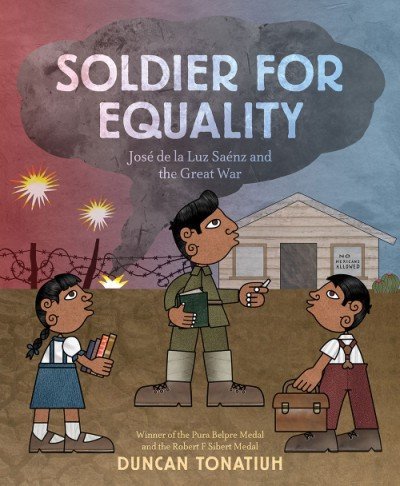 SOLDIER FOR EQUALITY: JOSÉ DE LA LUZ SÁENZ AND THE GREAT WAR
José de la Luz Sáenz (1888–1953)—or Luz—believed in fighting for what was right. Although he was born in the United States, he and his family experienced prejudice because of their Mexican heritage. When World War I broke out, Luz volunteered to join the fight. Because of his ability to quickly learn languages, he became part of the Intelligence Office in Europe. However, despite his hard work and intellect, Luz often didn’t receive credit for his contributions. Upon his return to the US, he joined other Mexican-Americans whom he had met in the army to fight for equality. His contribution, along with others, ultimately led to the creation of the League of United Latin American Citizens (LULAC), which is the oldest Latino civil rights organization. Soldier for Equality is based in part on Luz’s diary during the war. It includes a biography of Luz’s later years, an author’s note, a timeline, a bibliography, and an index. 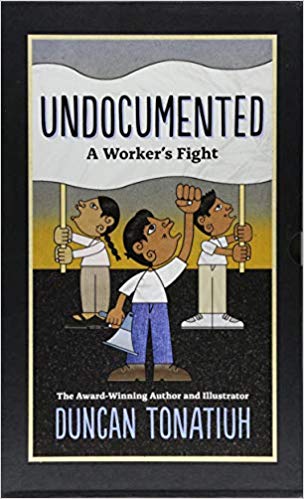 UNDOCUMENTED is the story of immigrant workers who have come to the United States without papers. Every day, these men and women join the workforce and contribute positively to society. The story is told via the ancient Mixtec codex—accordion fold—format. Juan grew up in Mexico working in the fields to help provide for his family. Struggling for money, Juan crosses over into the United States and becomes an undocumented worker, living in a poor neighborhood, working hard to survive. Though he is able to get a job as a busboy at a restaurant, he is severely undercompensated—he receives less than half of the minimum wage! Risking his boss reporting him to the authorities for not having proper resident papers, Juan risks everything and stands up for himself and the rest of the community.

Duncan Tonatiuh (toh-nah-tee-YOU) is the author-illustrator of The Princess and the Warrior, Funny Bones, Separate Is Never Equal, Pancho Rabbit and the Coyote, Diego Rivera: His World and Ours and Dear Primo. He is the illustrator of Esquivel! and Salsa. His books have received multiple accolades, among them the Pura Belpré Medal, the Sibert Medal, The Tomás Rivera Mexican-American Children’s Book Award, The Américas Award, the Jane Addams Children’s Book Award and the New York Times Best Illustrated Children’s Book Award.
Duncan Tonatiuh is both Mexican and American. He grew up in San Miguel de Allende, Mexico and graduated from Parsons School of Design in New York City. His artwork is inspired by Pre-Columbian art, particularly that of the Mixtec codex. His aim is to create images and stories that honor the past, but that are relevant to people, especially children, nowadays.

KidLit RADIO: LAUGH IT UP! with Marvin Terban