TADA! Presenting a brand new StoryMakers! Text messages from beyond the grave, death-defying escape tricks, time travel, and some old, New York City magic — join Dan Gutman as he reveals the story behind his fantastic, new, middle-grade novel, HOUDINI AND ME. It’s already been named this year’s New York State Great Read by the Empire State Center for the Book — now that’s a trick you won’t want to miss! 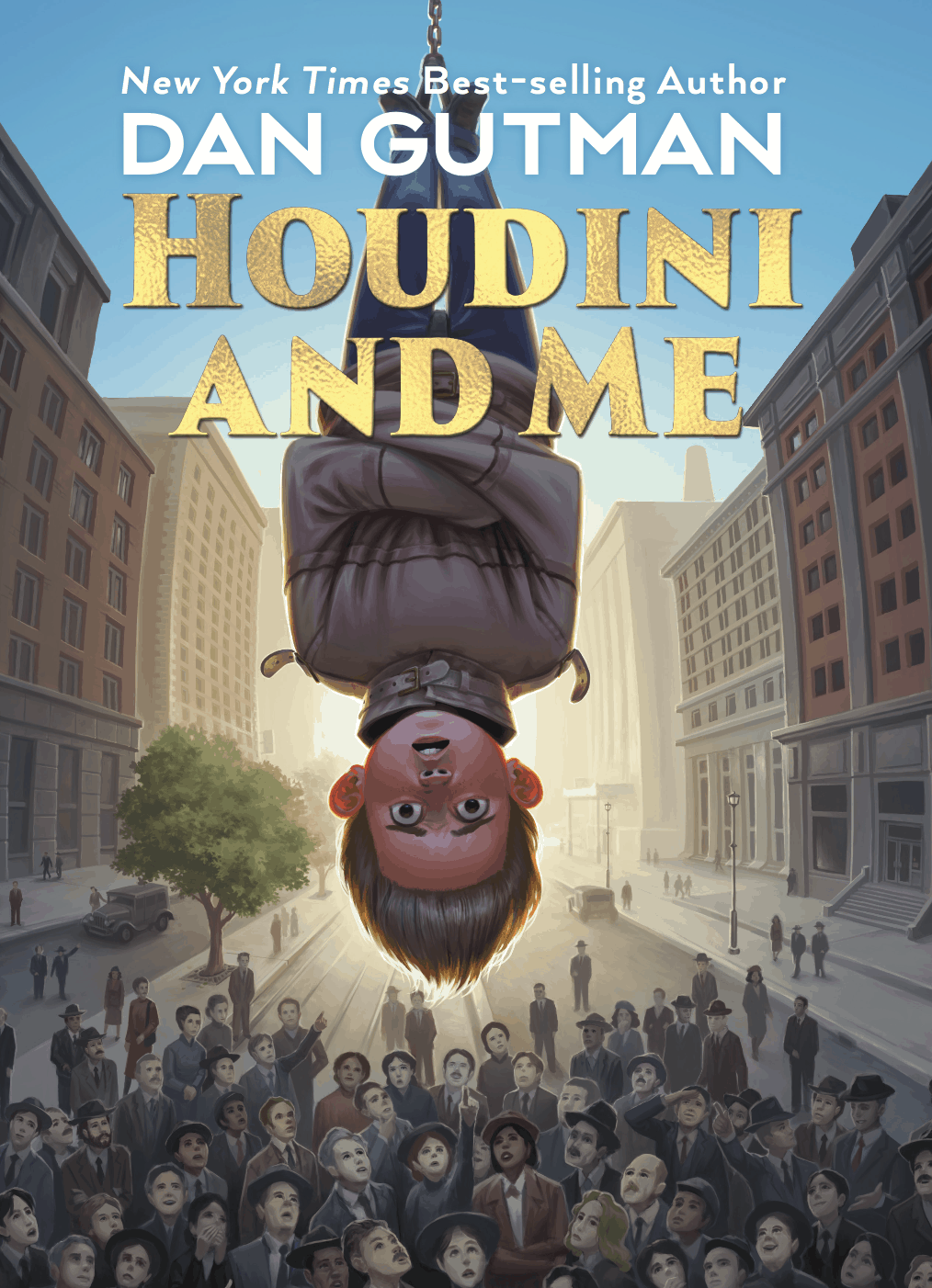 Harry has always admired the famous escape artist Houdini. And when Houdini asks for help in coming back to life, it seems like an amazing chance…or could it be Houdini’s greatest trick of all?

Eleven-year-old Harry Mancini is NOT Harry Houdini—the famous escape artist who died in 1926. But Harry DOES live in Houdini’s old New York City home, and he definitely knows everything there is to know about Houdini’s life. What is he supposed to do, then, when someone starts texting him claiming that they’re Houdini, communicating from beyond the grave? Respond, of course.

It’s hard for Harry to believe that Houdini is really contacting him, but this Houdini texts the secrets to all of the escape tricks the dead Houdini used to do. What’s more, Houdini’s offering Harry a chance to go back in time and experience it for himself. Should Harry ignore what must be a hoax? Or should he give it a try and take Houdini up on this death-defying offer?

Dan Gutman is the award-winning author of series including My Weird School, The Genius Files, and the baseball card series, including Honus & Me. He uses his writing powers for good once again in this exciting new middle-grade novel.

Named a New York State Great Read by the Empire State Center for the Book!

“magic is at the heart of Dan Gutman’s new middle-grade novel, Houdini and Me. . . . Gutman writes with a strong sense of place, and includes pictures of Morningside Heights along with the Houdini photos, so even non-New Yorkers will come away with a feel for the neighborhood and its charms”—The New York Times

“[H]umor and tension make this an appealing page-turner. . . . Funny, scary in the right moments, and offering plenty of historical facts.” —Kirkus Reviews

“With quick writing and dialogue and fun facts about Houdini, this is an enjoyable read, especially for those interested in Houdini’s life or magic.” —School Library Journal 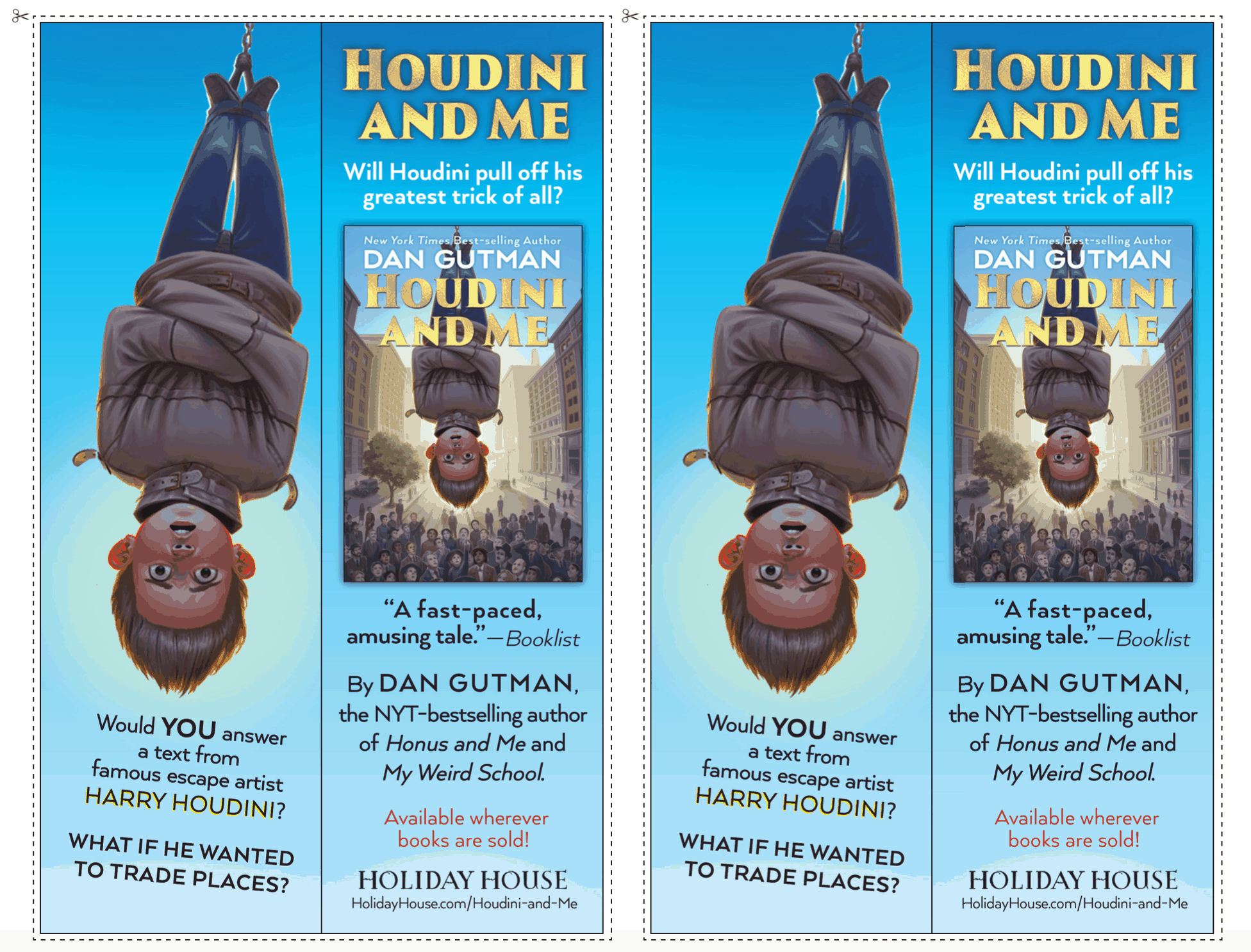 This is hard. I’m a pretty regular Jersey guy who spent fifteen years trying to write newspaper articles, magazine articles, screenplays, books for adults, and just about everything else before I discovered the one thing I’m good at–writing fiction for kids. I aim for kids who DON’T like to read, and hopefully, the kids who DO like to read will enjoy my stuff too. For all the gory details about me, check out my website (www.dangutman.com) or follow me on Facebook, Twitter, or Instagram.