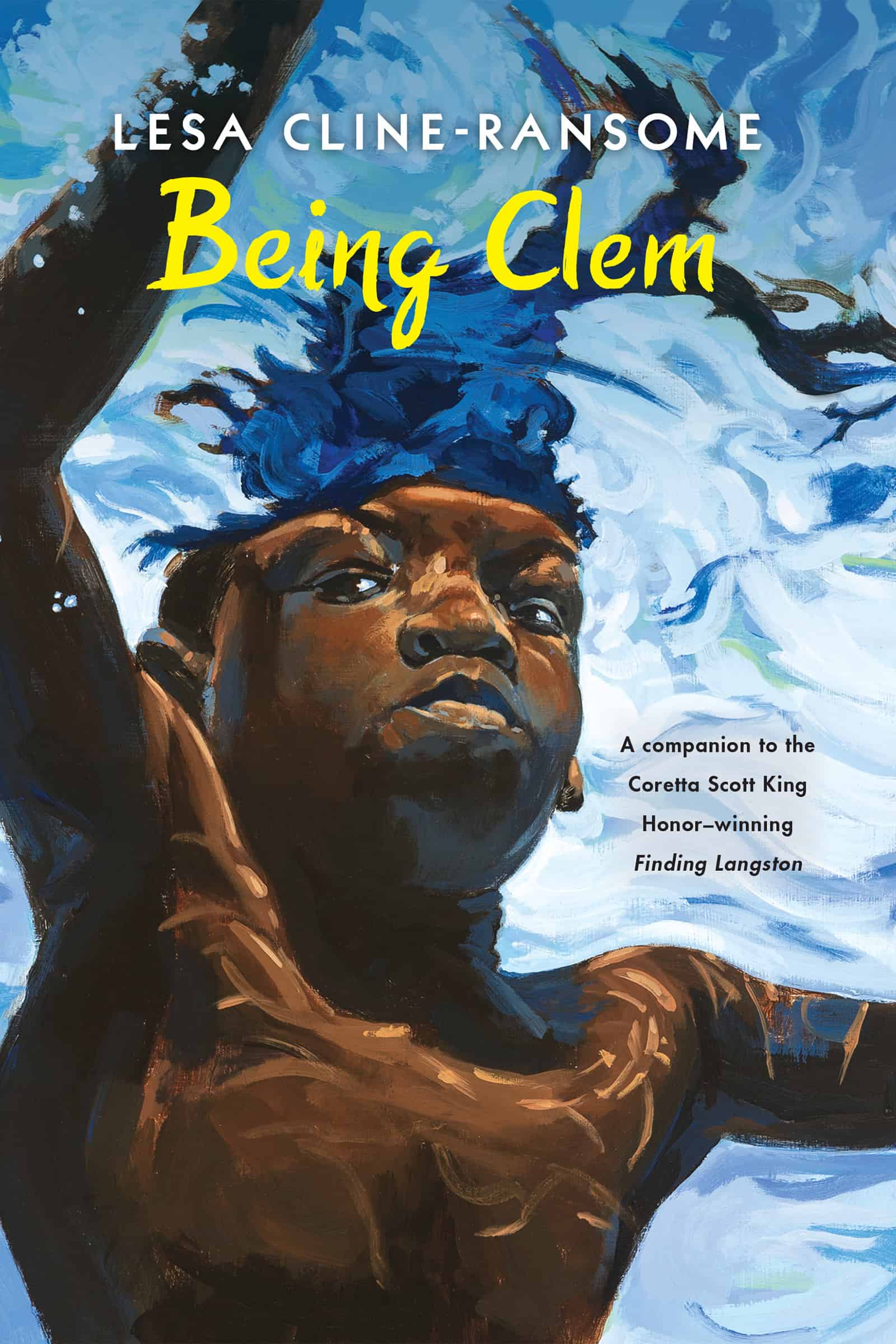 Clem can make anybody, even his grumpy older sisters, smile with his jokes. But when his family receives news that his father has died in the infamous Port Chicago disaster, everything begins to fall apart. Clem’s mother is forced to work long, tough hours as a maid for a wealthy white family. Soon Clem can barely recognize his home–and himself. Can he live up to his father’s legacy?

In her award-winning trilogy, Lesa Cline-Ransome masterfully recreates mid-twentieth century America through the eyes of three boys: Langston, Lymon, and, now, Clem. Exploring the impact of the Great Migration, the Harlem Renaissance, Jim Crow laws, and much more, Lesa’s work manages at once to be both an intimate portrait of each boy and his family as well as a landscape of American history.

“There aren’t any explosions in this spare story. Nor is there a happy ending. Instead, Langston discovers something more enduring: solace.”–The New York Times

* “This is a story that will stay with readers long after they’ve finished it.”–School Library Journal, Starred Review

Lesa Cline-Ransome is the writer of many picture books. Her picture book biography titles include Satchel Paige, Major Taylor, Champion Cyclist, Young Pele, Soccer’s First Star, Helen Keller, The World in Her Heart, Before There was Mozart, and Words Set Me Free: The Story of Young Frederick Douglass. Other titles are Quilt Alphabet, Quilt Counting and her newest is Light in the Darkness, A Story about How Slaves Learned in Secret. Originally from Malden, Massachusetts, Lesa has worked as a proofreader, fashion copywriter, publicist, teacher in the New York City Schools, and taught writing for adults. She has a B.F.A. in Merchandising and Management from Pratt Institute and an M.A. in Education from N.Y.U. She lives in Rhinebeck, New York with her husband and frequent collaborator, illustrator James Ransome, four children, and St. Bernard, Nola.

StoryMakers with Steven Banks MIDDLE SCHOOL BITES: OUT FOR BLOOD

📚It's the true story of the special relationship between Portia and her childhood pet dachshund puppy Sandy who passed away following an illness.

💗Portia discusses ways to remember cherished pets and shows young readers how to create a memory box full of photos and keepsakes to honor a dear, lost animal friend.

We are so ✨EXCITED✨ to share the details of KidLit TV team member Danielle Davis’ 📚VIRTUAL BOOK LAUNCH📚 for her new picture book TO MAKE on 6/7!

✨NEW EPISODE!✨One day each year, fairies are able to travel to the human world. 🧚🏼‍♀️Today is that day! Join in the adventure#readoutloudLoud as author Anna Svetchnikov reads I DESERVE MORE!, a magical story about learning to control your emotions, appreciate the good things in your life, and reframe your worries.🧚🏼

🧚‍♂️Watch on the KidLit TV website (there’s a link in our bio) or click here: www.kidlit.tv/ReadOutLoudPR From The HeartFrom The Heart ... See MoreSee Less

Happy #mothersday from KidLit TV! 💖 Share a quiet moment together. Join Kate Hosford as she reads her beauty of a book, MAMA’S BELLY, a tale that reassures little ones that Mama always has enough love for everyone.🤱🏽