StoryMakers with Steven Banks MIDDLE SCHOOL BITES: OUT FOR BLOOD

Which would you rather be: a vampire, a werewolf, or a zombie? Well, after bites from ALL THREE monsters, Tom Marks has become the first Van-Wolf-Zom. Could it get any worse? There’s just the matter of having to go to middle school! Learn all about Tom’s latest adventure on StoryMakers as author (and former Head Writer for SpongeBob SquarePants) Steven Banks shares details about the newest book in the MIDDLE SCHOOL BITES series, OUT FOR BLOOD. 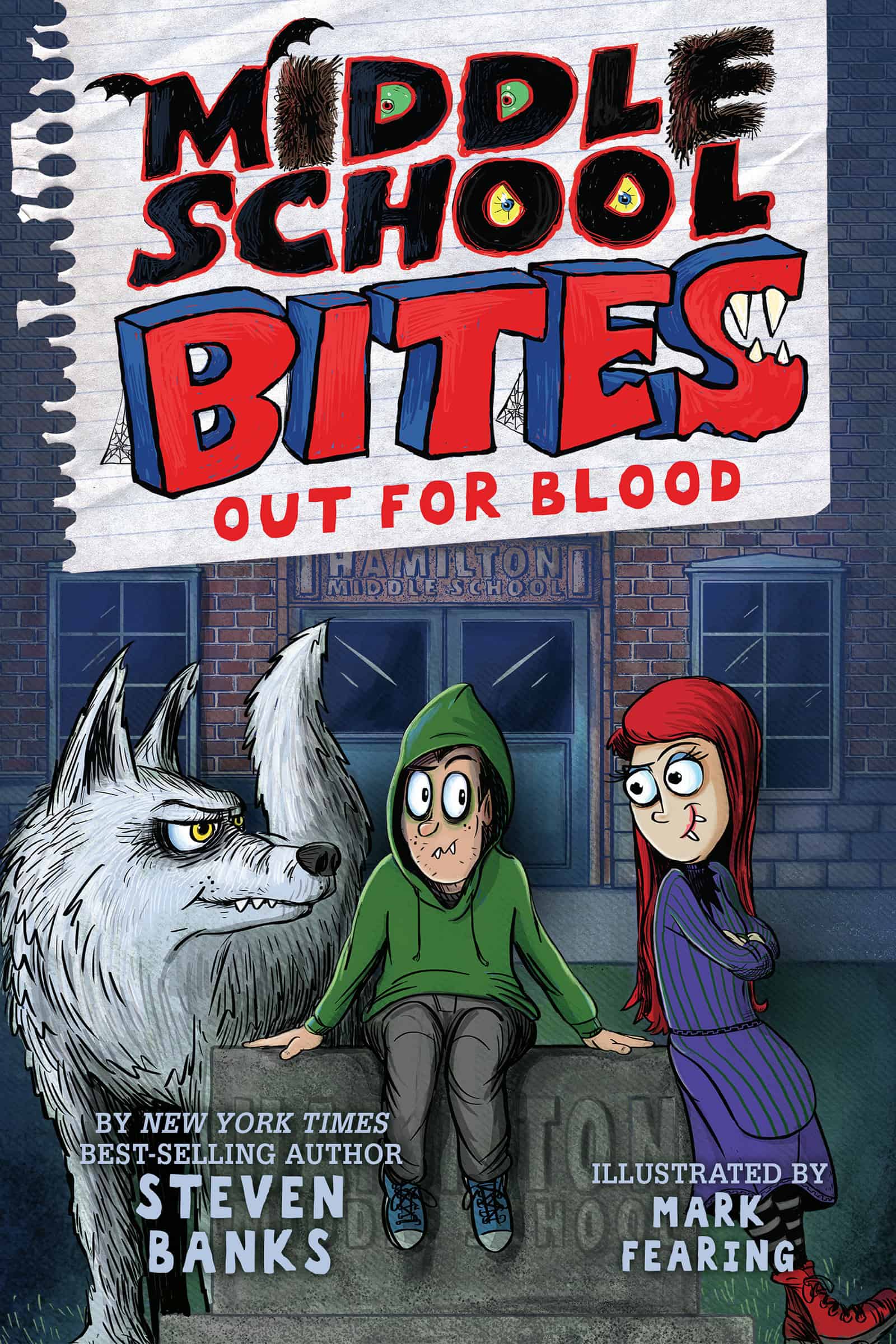 Tom the Vam-Wolf-Zom is back–and so is the werewolf that bit him–in this monstrously funny series about a boy who’s dying to fit in.
Eleven-year-old Tom was bit by a vampire, a werewolf, and a zombie right before the first day of middle school. It was a weird and crazy day. And he didn’t even get excused from sixth grade! Now he’s being hunted down by the werewolf that bit him. Should Tom join a wolf pack? On the one hand, he could give up school and homework forever. (He really doesn’t want to do his history report.) On the other hand, he’d miss his band, his friends, and Annie, his maybe-possibly-someday girlfriend. He might even miss his big sister, Emma. Then the vampire that bit him returns with a warning: the werewolf is dangerous. Perhaps Tom should stick with sixth grade–even if it’s mostly talent show disappointments, detention, and chicken-turkey-salami-roast beef sandwiches. Created by an Emmy-nominated writer for SpongeBob, The Adventures of Jimmy Neutron, and CatDog, this hilarious series is illustrated with clever, cartoon-style art on every spread. Perfect for fans of Diary of a Wimpy Kid and The Last Kids on Earth. 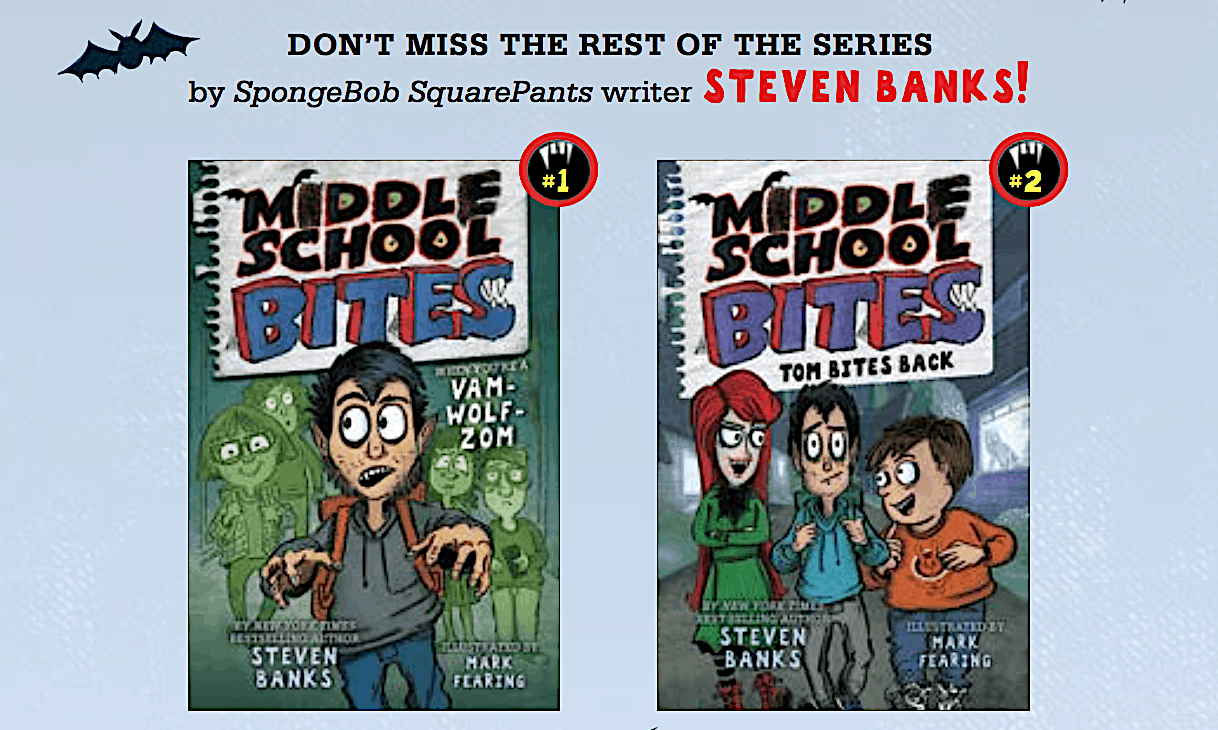 Steven Banks is an American musician, comedian, actor, and New York Times–bestselling writer. He has worked on Nickelodeon TV shows, including CatDog, Jimmy Neutron: Boy Genius, and SpongeBob SquarePants, for which he was the story editor and head writer. His books include King of the Creeps and the SpongeBob SquarePants story Show Me the Bunny!