StoryMakers with Martha Hamilton & Mitch Weiss NOODLEHEADS DO THE IMPOSSIBLE

Join the fun on StoryMakers as Martha Hamilton and Mitch Weiss, co-authors of the NOODLEHEADS easy-to-read series, reveal their goofiest gaffes and share how, if there is one thing people around the world share with main characters, Mac and Mac, it’s having Noodlehead moments! Tell us if you’ve ever been a Noodlehead in the comments below! 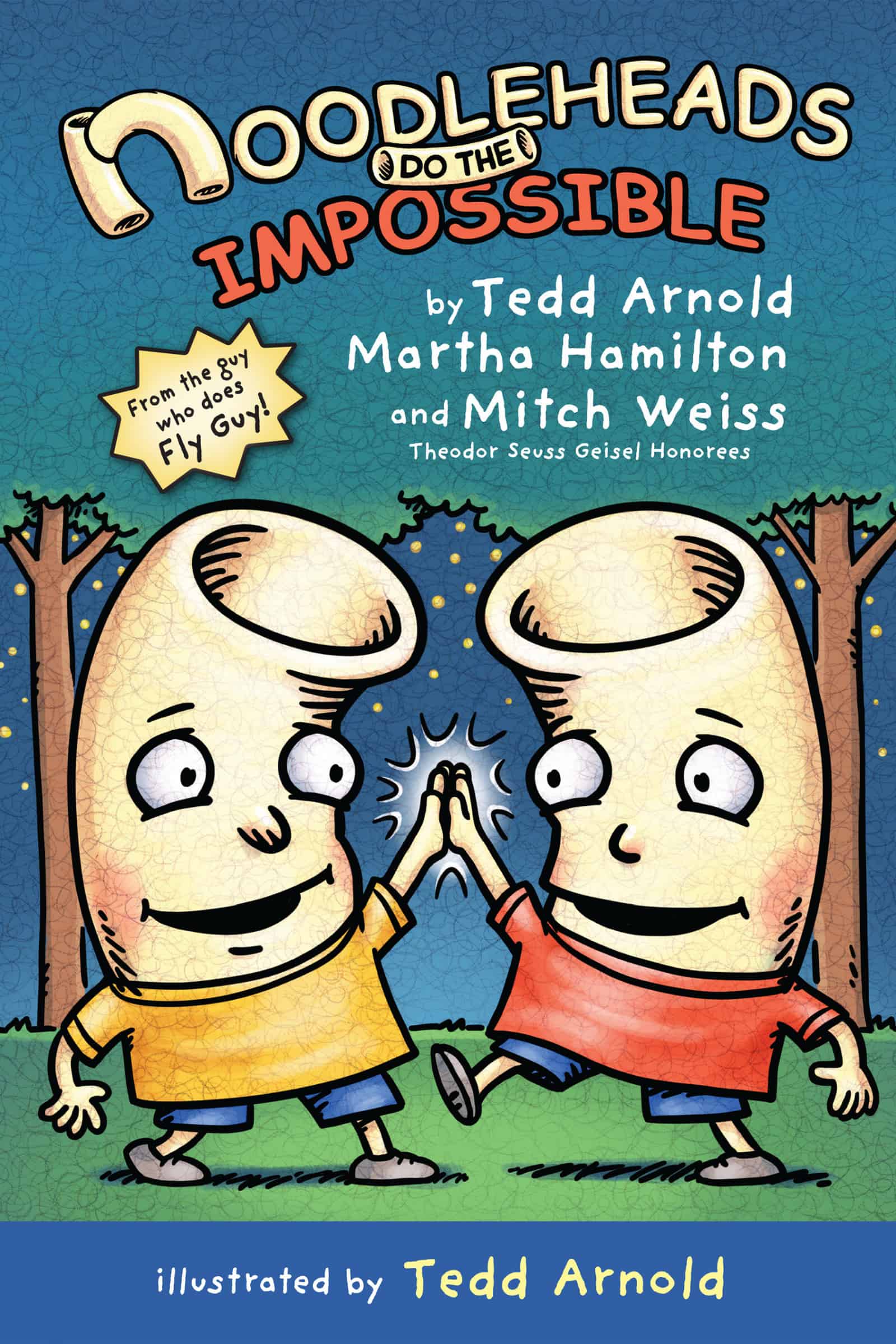 Do you want to be famous? Mac and Mac do. How? By doing the impossible! You’ll laugh out loud at the funny adventures in this comic-style book.

First they decide to walk around the world. But when Mom says it’s too far for them to go, they decide to count the stars. They reach a bazillion when they see that some of the stars have fallen into Mom’s washtub.

Mac and Mac rescue the fallen stars, but then lose count. They decide to count grains of sand instead.

Then . . . while counting grains of sand, they realize THEY’VE WALKED AROUND THE WORLD!!!

This sixth book in the Noodleheads graphic novel series is perfect for comic fans and reluctant readers. Short chapters–full of wordplay, jokes, and slapstick humor–follow Mac and Mac through their funny adventures. It is co-written and illustrated by Tedd Arnold, known for his popular Fly Guy series.

Based on traditional world folktales and stories of fools, the Noodleheads encourage critical thinking. They invite readers to use their noodles to spot holes in the brothers’ grand plans.

Source notes by co-authors Martha Hamilton and Mitch Weiss, professional storytellers known as Beauty and the Beast, provide information about the traditional stories that inspired Mac and Mac’s mishaps and give suggestions for further reading.

This easy-to-read series, including the Geisel Honor book Noodleheads See the Future, is an accessible introduction to stories of fools, and a great next read for fans of the Fly Guy books. 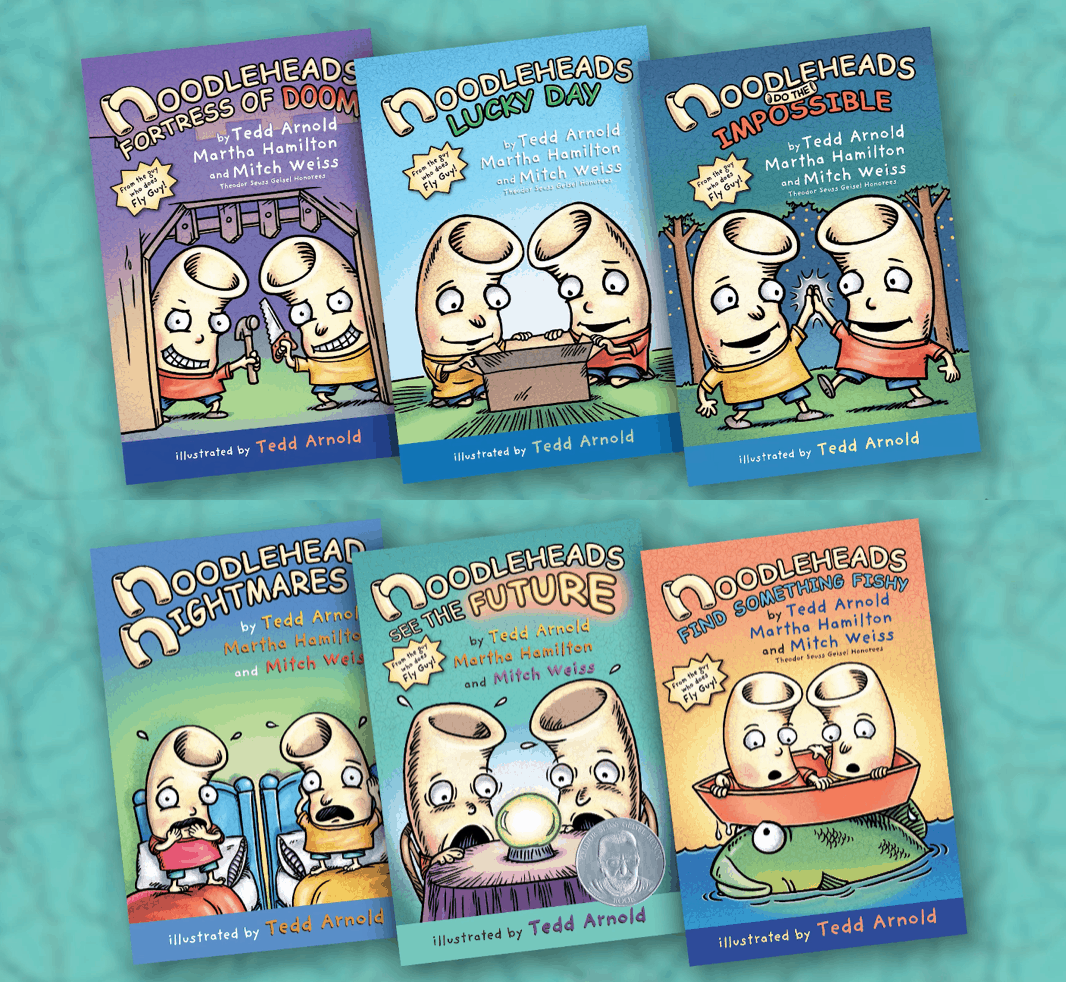 About Martha Hamilton and Mitch Weiss

Martha Hamilton and Mitch Weiss are the authors of more than twenty-five books, including their Noodleheads series with Tedd Arnold. Although this husband and wife team, known as ‘Beauty and the Beast Storytellers,’ retired as traveling performers in 2020, they continue to write books. During their forty-year career, they traveled the world sharing their passion for storytelling. Their book, Children Tell Stories: Teaching and Using Storytelling in the Classroom is considered the classic guide on how to teach storytelling skills. The Noodleheads series was awarded a Theodor Geisel (Dr. Seuss) Honor and a Notable Book of the Year from the American Library Association, as well as Aesop Prize from the American Folklore Society.