Ping and Pang are very different creatures. The way they look and act couldn’t be further apart. Is it possible, though, that they might have way more in common than they think? Find out on Read Out Loud as author/illustrator Mary Jane Begin shares her brand new picture book, PING MEETS PANG, a story of otherness, differences, and friendship. 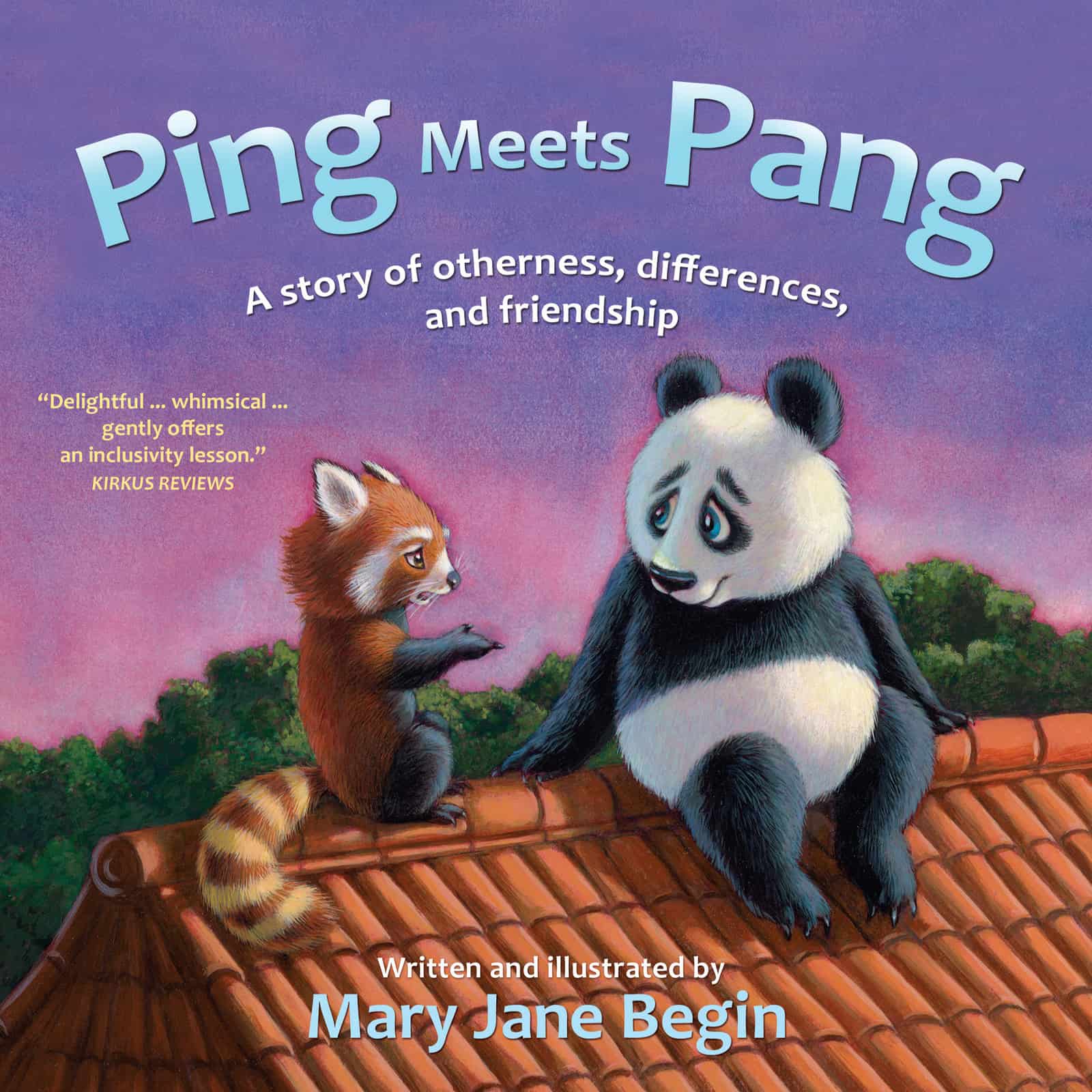 Ping and Pang are both Pandas, but they don’t look a thing like one another and that’s a problem.

Each maintains they possess the true qualities of being a Panda; the correct color, the size and shape of their ears, the even fluffiness of their tails. It is only when they realize what they have in common do they slowly appreciate each other’s differences.

The analogy to today’s political and racial climate points to acceptance of the other side’s differences and finding common ground.

PING MEETS PANG is an educational tool. It is an allegory about inclusiveness and acceptance of “the other” told through two pandas. The story is meant to spark discussions about multiculturalism and body positivity, and inspire the protection and conservation of pandas. Includes conversation starters for further instruction and participation!

Mary Jane is an award-winning illustrator and author of numerous children’s books, and professor in the Illustration Department at Rhode Island School of Design. She’s also the Chair of Illustration in the M.F.A for Children’s Literature at Hollins University. Her previous books include A MOUSE TOLD HIS MOTHER and LITTLE MOUSE’S PAINTING. Mary Jane recently won the prestigious Big Xin Children’s Literature Award in China for her book, Willow Buds; the Tale of Toad and Badger. She has received awards from the Society of Illustrators, Awards of Excellence from Communications Arts, and the Critici Erba Prize at the Bologna Book Fair as well as the Erma Simonton Black Award from the Bank Street College.

Read Out Loud THE LITTLE PIANO