Book Trailer PREMIERE! KINGSTON AND THE ECHOES OF MAGIC


KidLit TV is proud to premiere the book trailer for 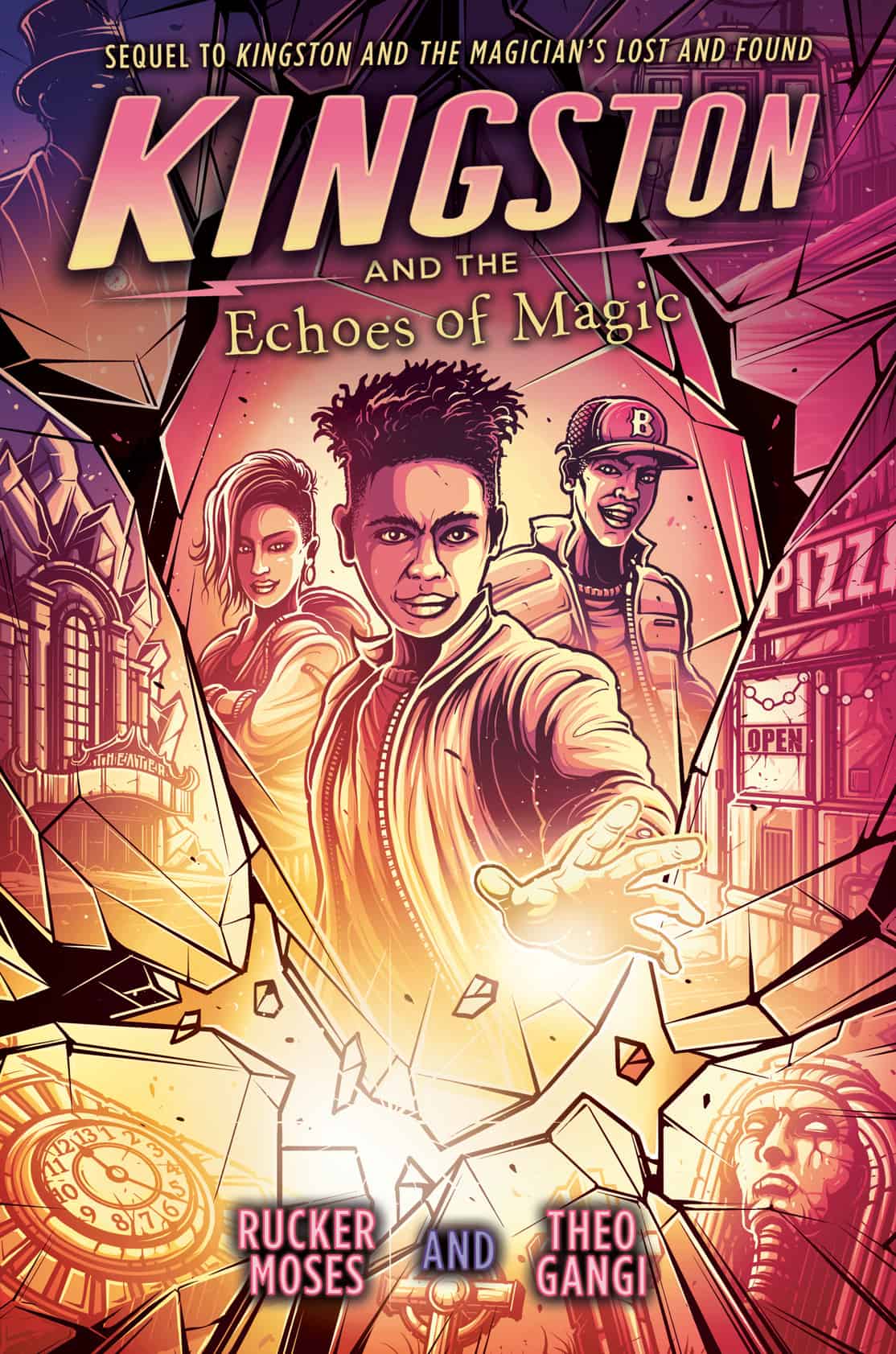 In this duology’s finale, Kingston travels back in time and uses his growing magic to save the world.
Kingston might have saved Echo City but the victory is bittersweet without his pops by his side. The holidays are approaching and if Kingston could have one wish, it would be to have his father, who is trapped in the Realm, come home. But as new problems arise and blackouts blanket the city, Kingston begins to have a persistent feeling of déjà vu, as if he’s lived this same day before—and he has. Echo City living up to its name, is caught in a repeating time loop.
Maestro, his father’s old rival, has found a way to overwrite reality with an alternate timeline where he rules over all. It will be up to Kingston, Too Tall, and V to find a way to enter the Realm and travel back through time to stop him. But with a magic he still barely understands, Kingston will needs his friends’ smarts and their collective courage to figure out the mystery and find Maestro before Brooklyn as they know it is erased for good.

KINGSTON AND THE ECHOES OF MAGIC by Rucker Moses and Theo Gangi is the recently published sequel to KINGSTON AND THE MAGICIAN’S LOST AND FOUND.  Featuring an intrepid 12-year-old Black magician in Brooklyn, NY, the series is a terrific blend of fantasy, science fiction and mystery with realism and historical detail, including cameos of real-life Black magicians, and published by G. P. Putnam’s Sons Books for Young Readers.  Kingston’s story was conceived by best friends Harold Hayes, Jr. and Craig S. Phillips. Partnering with esteemed novelist Theo Gangi, they co-wrote their book under the pen name Rucker Moses, in tribute to one of the greatest Black magicians of the early 20th century, Benjamin Rucker, who was more famously known as Black Herman.And the series is headed for the small screen!  Disney Branded Television has optioned the rights, as announced by Deadline: ‘Kingston and the Magician’s Lost & Found’ Movie n Works At Disney Branded TV – DeadlinePRAISE FOR KINGSTON AND THE MAGICIAN’S LOST AND FOUND

“Intricately crafted twists at every turn keep the determined crew on their toes. The action is well paced, giving readers time to savor the myriad colorful characters who interact with the clue chasers. . . An enjoyable addition to most middle school mystery collections.” —School Library Journal

“Full of heart, magic, and mystery, this is the kind of book that makes you love books. Absolutely fantastic!” —Sarah Beth Durst, award-winning author of Catalyst

“Coded messages, characters who plainly know more than they’re saying, doppelgangers, and secret schemes…all come together in a…breathlessly paced tale…should leave readers even more delighted that the stage is set for sequels.” —Booklist

Featured Book Trailer THIS IS A SCHOOL