Skip to Content
KidLit TV is joining the American Library Association to encourage you to celebrate Banned Books and push back on intolerance and discrimination. With this list of Banned Books Everyone Should Read, we want to offer shared support for the freedom to seek and express ideas, even those some consider unorthodox or unpopular. This year’s theme is “Books Unite Us. Censorship Divides Us.” 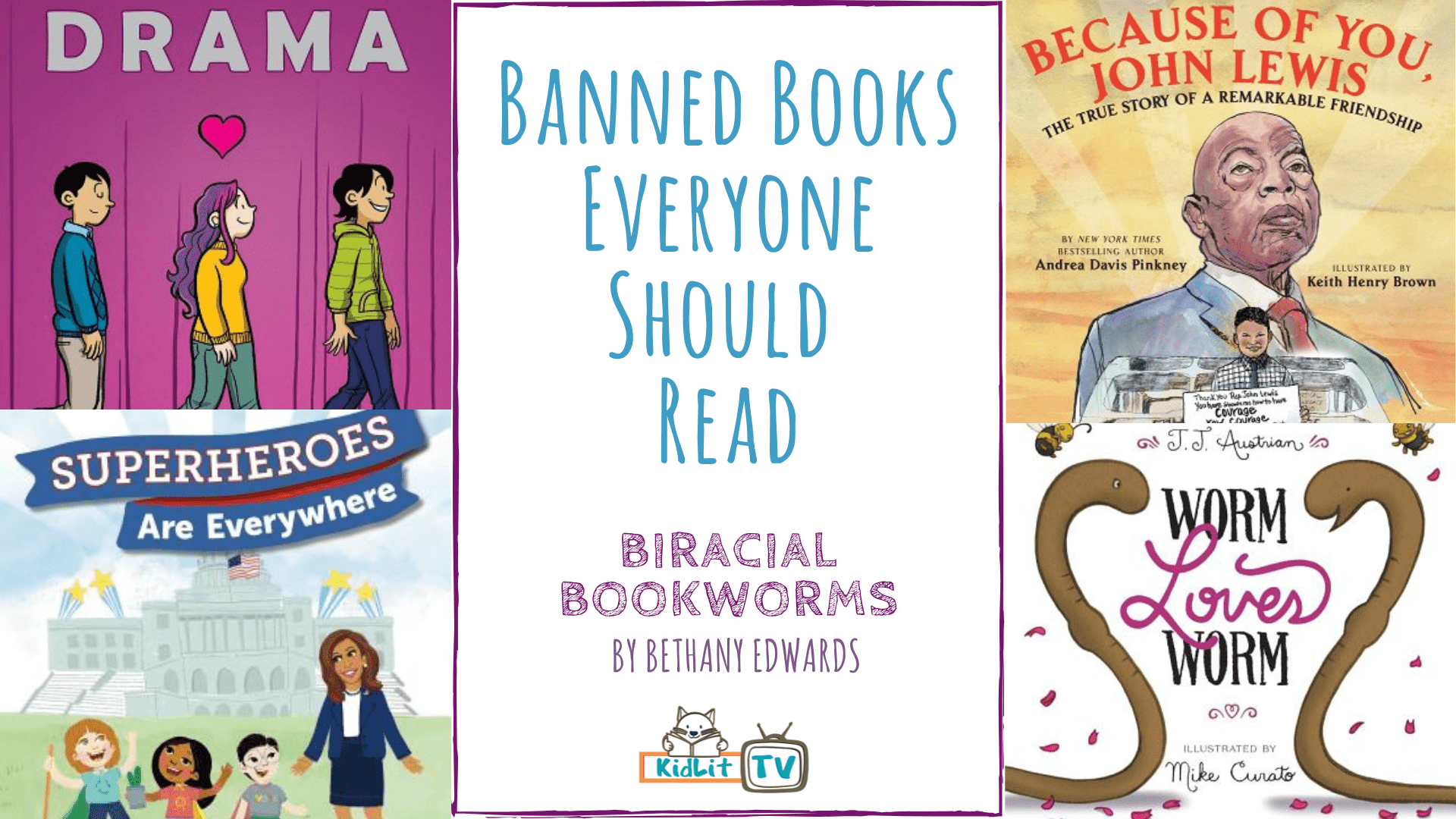 This book hit the banned children’s book list in one school district and two school libraries in Texas because it features LGBTQ characters. About the Book

From Raina Telgemeier, the #1 New York Times bestselling, multiple Eisner Award-winning author of Smile, Sisters, and Guts! Callie loves theater. And while she would totally try out for her middle school’s production of Moon over Mississippi, she can’t really sing. Instead she’s the set designer for the drama department’s stage crew, and this year she’s determined to create a set worthy of Broadway on a middle-school budget. But how can she, when she doesn’t know much about carpentry, ticket sales are down, and the crew members are having trouble working together? Not to mention the onstage AND offstage drama that occurs once the actors are chosen. And when two cute brothers enter the picture, things get even crazier! Raina Telgemeier once again brings us a funny and charming exploration of friendship, crushes, and all-around drama! 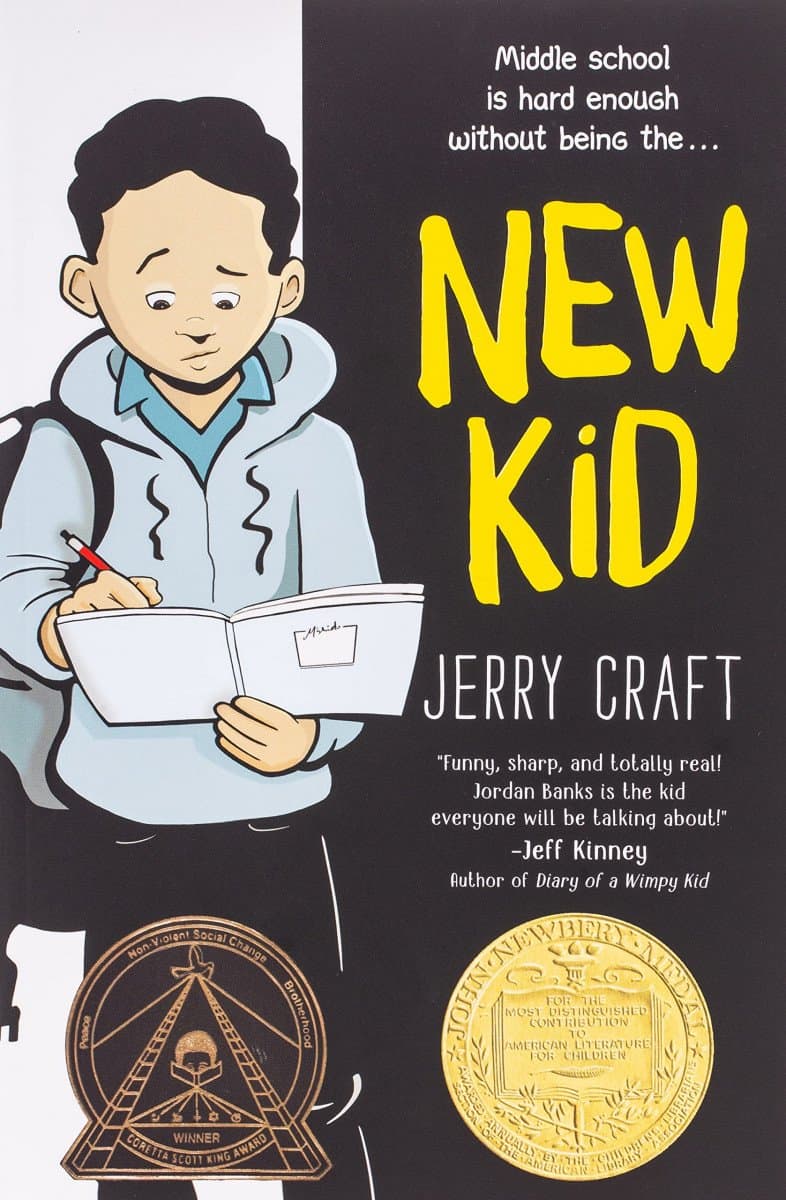 ‘New Kid’ was written by author Jerry Craft about his own life experiences, then a Texas school district banned it for “Critical Race Theory and Marxism.” About the Book

Seventh grader Jordan Banks loves nothing more than drawing cartoons about his life. But instead of sending him to the art school of his dreams, his parents enroll him in a prestigious private school known for its academics, where Jordan is one of the few kids of color in his entire grade. As he makes the daily trip from his Washington Heights apartment to the upscale Riverdale Academy Day School, Jordan soon finds himself torn between two worlds–and not really fitting into either one. Can Jordan learn to navigate his new school culture while keeping his neighborhood friends and staying true to himself?

This book has been challenged for LGBTQIA+ content. About the Book

You are cordially invited to celebrate the wedding of a worm…and a worm. When a worm meets a special worm and they fall in love, you know what happens next: They get married But their friends want to know–who will wear the dress? And who will wear the tux? The answer is: It doesn’t matter. Because worm loves worm.

BECAUSE OF YOU, JOHN LEWIS

This book has been banned for racial themes. About the Book

When young Tybre Faw discovers John Lewis and his heroic march across the Edmund Pettus Bridge in the fight for voting rights, Tybre is determined to meet him. Tybre’s two grandmothers take him on the seven-hour drive to Selma, Alabama, where Lewis invites Tybre to join him in the annual memorial walk across the Bridge. And so begins a most amazing friendship! ​​​​​​​

In rich, poetic language, Andrea Davis Pinkney weaves the true story of a boy with a dream–together with the story of a real-life hero (who himself had a life-altering friendship with Martin Luther King, Jr. when he was young!). Keith Henry Brown’s deeply affecting paintings bring this inspiring bond between a young activist and an elder congressman vividly to life. ​​​​​​​ ​​​​​​​Who will be next to rise up and turn the page on history?

BECAUSE OF YOU, JOHN LEWIS Written by Andrea Davis Pinkney, Illustrated by Keith Henry Brown, Published by Scholastic 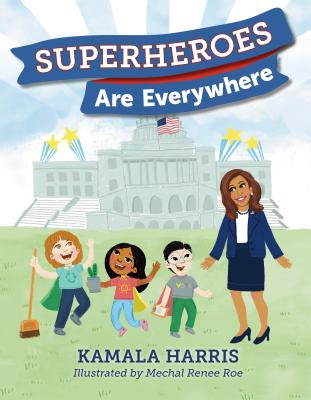 This book was banned for objectionable politics.
About the Book

Before Kamala Harris was elected to the vice presidency, she was a little girl who loved superheroes. And when she looked around, she was amazed to find them everywhere In her family, among her friends, even down the street–there were superheroes wherever she looked. And those superheroes showed her that all you need to do to be a superhero is to be the best that you can be.

In this empowering and joyful picture book that speaks directly to kids, Kamala Harris takes readers through her life and shows them that the power to make the world a better place is inside all of us. And with fun and engaging art by Mechal Renee Roe, as well as a guide to being a superhero at the end, this book is sure to have kids taking up the superhero mantle (cape and mask optional).