KidLit TV is proud to premiere the book trailer for 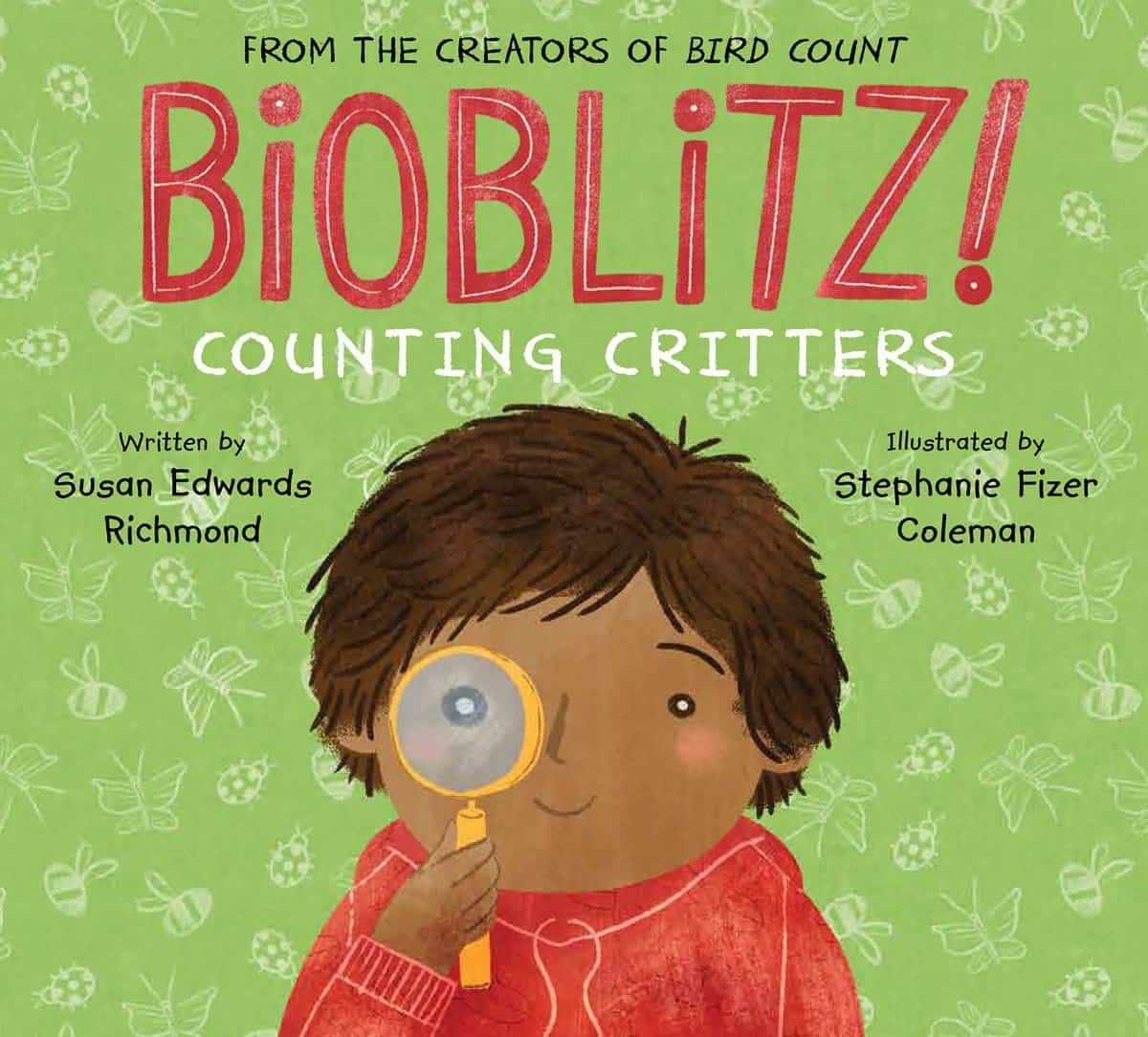 You might be amazed at the large number of insects, birds, and small mammals that inhabit even a very small plot of land. In this story Gabriel’s dad, a ranger for the local municipal park, is helping with a Biodiversity Day (or Bioblitz), and he invites Gabriel and his cousin Ava to participate. With Gabriel’s expertise in bugs and Ava’s eye for birds, the two cousins are eager to start the hunt in the park. They are placed on different teams, competing to see which group finds the most species of animal life in the time allotted.

Readers follow the two teams through a variety of habitats, where they spot dozens of  different species over the course of the day. Kids will enjoy finding all the species (some are hidden in the illustration) that appear on the lists compiled in each habitat. Several different techniques for viewing species—rolling logs to discover critters living underneath and shining lights on white sheets at night to attract moths, for example—are highlighted.

Plot action in this community science adventure revolves around the competition between the cousins, who check in with each other at intervals to compare lists. In the end, Ava’s team spots one more species than Gabriel’s, but Gabriel earns a special award for discovering a species of special concern in their area, a blue-spotted salamander. Because of all they have learned from the Bioblitz, the cousins realize that the real winner is the park and all its visitors.

After reading Bioblitz!, students—as well as their parents and teachers—will be eager to participate in a biodiversity day in their own community!