DRESSING UP THE STARS TRAILER from Jeanne Walker Harvey on Vimeo.

KidLit TV is proud to premiere the book trailer for

DRESSING UP THE STARS:
The Story of Movie Costume Designer Edith Head!
written by Jeanne Walker Harvey and illustrated by Diana Toledano 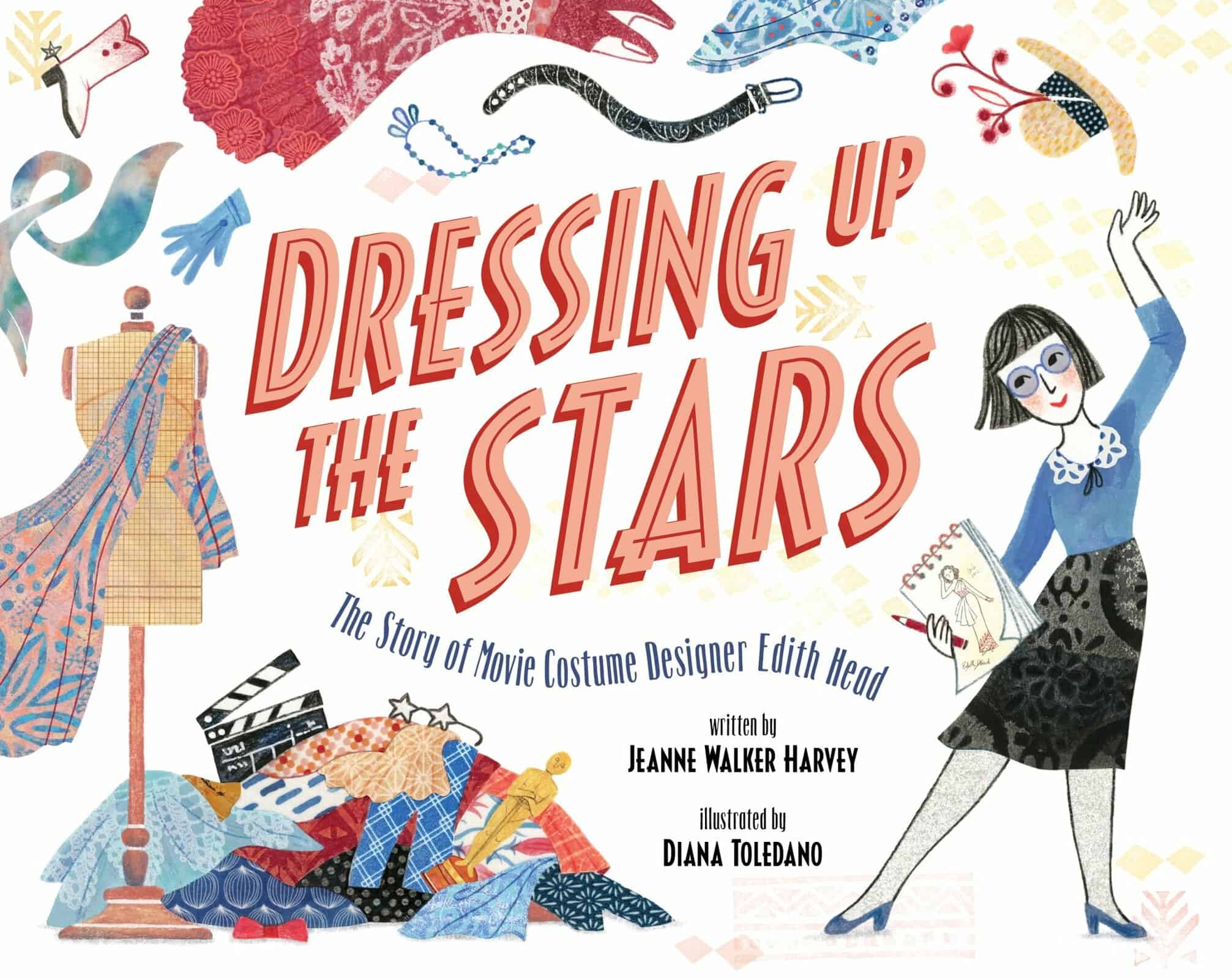 ★ “The art and storytelling capture Head’s belief in the transformative magic of costumes, which will certainly strike a chord with dress-up enthusiasts.” — Booklist

Discover the true story of how a shy miner’s daughter became one of the most legendary costume designers in Hollywood in this inspiring nonfiction picture book biography.

As a child in the small mining town of Searchlight, Nevada, Edith Head had few friends and spent most of her time dressing up her toys and pets and even wild animals using fabric scraps. She always knew she wanted to move somewhere full of people and excitement. She set her sights on Hollywood and talked her way into a job sketching costumes for a movie studio.

Did she know how to draw or sew costumes? No. But that didn’t stop her!

Edith taught herself and tirelessly worked her way up until she was dressing some of the biggest stars of the day, from Audrey Hepburn to Grace Kelly to Ginger Rogers. She became the first woman to head a major Hollywood movie studio costume department and went on to win eight Academy Awards for best costume design—and she defined the style of an era.
By ultimately becoming one of Hollywood’s most sought-after designers, Edith Head proved that with tenacity, anything is possible. This insightful behind-the-scenes look at the iconic figure is a must-have for cinephiles, history buffs, and fashionistas alike.

Thank you for sharing Edith Head’s story! What a treasure for all who enjoy creating, dressing up, and dreaming in fanciful ways. Remembering that anything is possible is a goal to live by!