We’re delighted to feature the book trailer for
MY NAME IS NOT ED TUG!
by Amy Nielander 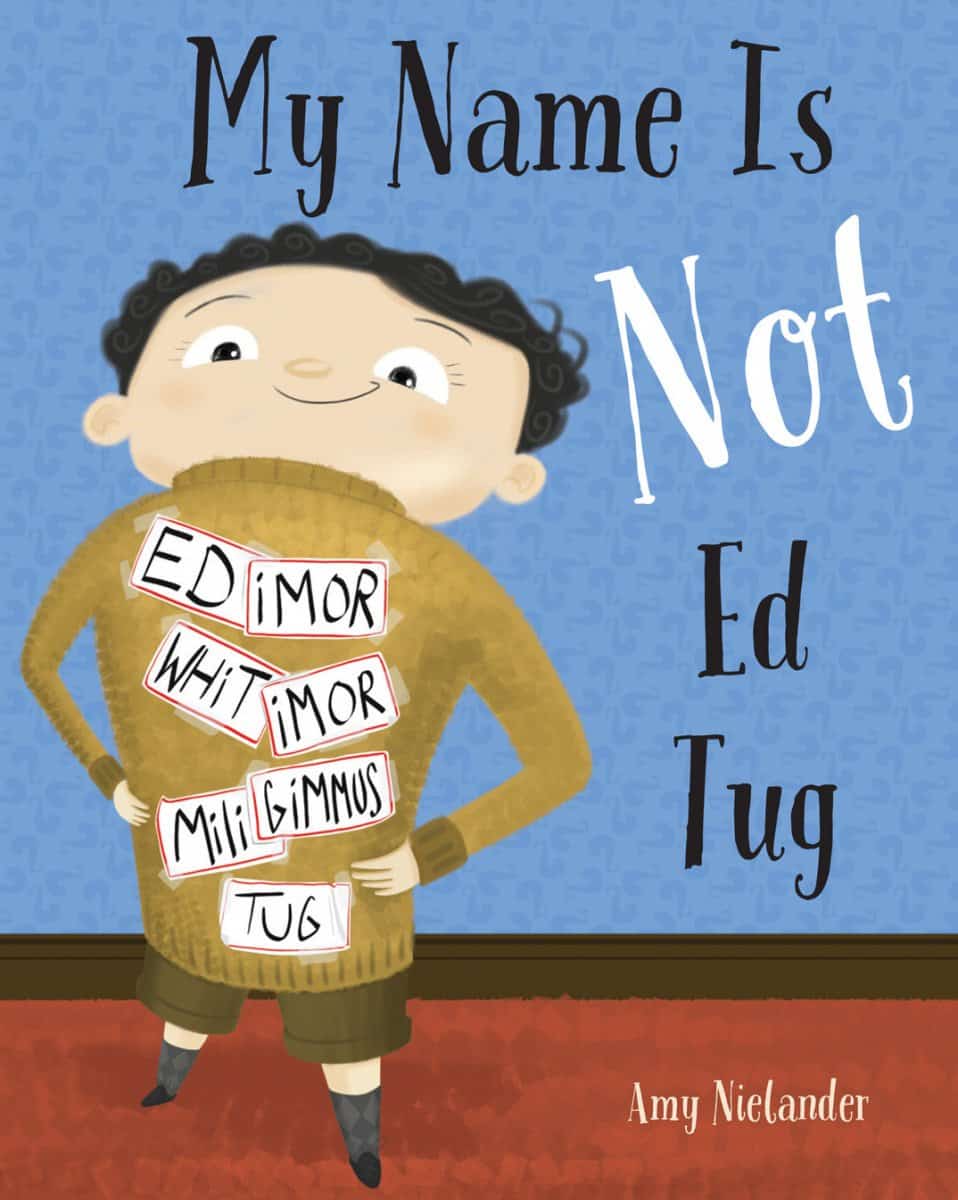 A sweet, whimsical story about the meaningfulness behind a person’s name
and the power of accepting people just as they are.

“Names are so important. They are our parents’ first gifts to us. They have history and meaning. For some it is the name we choose that embraces the best version of ourselves. Everyone deserves to be called by their correct name. This was simply beautiful.”
—Lupe, Bookmarks (Winston-Salem, NC)

“Edimorwhitimormiligimmus Tug is determined to teach his classmates and teacher about the important family stories behind his superlong name.”
—Publishers Weekly, Fall Children’s Announcements

Edimorwhitimormiligimmus Tug has a very special name that is all his own. But his teacher thinks it’s too long and hard to say. One day she shortens it to. . . Ed.

But he loves his name just the way it is. So he comes up with a plan—if he can teach everyone his name, maybe they’ll love it too!

Sweet and whimsical, My Name Is Not Ed Tug empowers readers to own their identities and proudly celebrate who they are.