We have compiled a list of our Top Children’s Books for Celebrating MLK Day for you to enjoy. These picture books and graphic novels will assist kids in having thoughtful conversations about how to keep the powerful legacy of Dr. Martin Luther King Jr. alive by taking action.

Ain’t Gonna Let Nobody Turn Me ‘Round:

My Story of the Making of Martin Luther King Day

This brilliant memoir-in-verse tells the moving story of how a nation learned to celebrate a hero. Through years of protests and petition, Kathlyn’s story highlights the foot soldiers who fought to make Martin Luther King Jr.’s birthday a national holiday.

Ain‘t Gonna Let Nobody Turn Me ‘Round is a deeply moving middle grade memoir about what it means to be an everyday activist and foot solider for racial justice, as Kathlyn recounts how, drawn to activism from childhood, she went from attending protests as a teenager to fighting for Martin Luther King, Jr.’s birthday to become a national holiday as an adult. A blueprint for kids starting down their own paths to civic awareness, it shows life beyond protests and details the sustained time, passion, and energy it takes to turn an idea into a law.

Deftly weaving together monumental historical events with a heartfelt coming-of-age story and in-depth information on law making, Ain‘t Gonna Let Nobody Turn Me ‘Round is the perfect engaging example of how history can help inform the present.

Ain’t Gonna Let Nobody Turn Me ‘Round: My Story of the Making of Martin Luther King Day

The Story of Martin Luther King Jr.: A Biography Book for New Readers

Martin Luther King Jr became one of the most important civil rights leaders in America by fighting for equality for black people. Before he made history with his powerful speeches and peaceful protests, Martin was a dedicated, smart kid who loved to learn. He challenged racism and overcame hardships to follow his passion and do the right thing.

Of all the Martin Luther King Jr books for kids, this one really helps you explore how Martin went from being a kid with a dream to an outstanding leader who made America a better place for everyone. How will his life inspire you to do what’s right?

All Martin Luther King Jr books for kids should include:

If you’ve been searching for Martin Luther King Jr books for kids that have beautiful illustrations and easy-to-read chapters, look no further–this one has it all!

Martin Luther King, Jr. envisioned a United States that was void of segregation and racism. He delivered his vision in the “I Have a Dream” speech.

In the new Mini Movers and Shakers children’s book series comes a cast of characters who have failed, yet succeeded despite overwhelming obstacles. Find out what happens in this kid’s book about achieving goals with nonviolence.Sometimes, we are faced with challenges that seem insurmountable. But with grit and hard work, one can achieve great things!

Using colorful infographics, this book presents over 250 facts about Martin Luther King Jr, a minister who campaigned for the rights of African Americans during America’s Civil Rights Movement.

This graphic retelling of his story gives children a visual snapshot of his life and the world he grew up in, while educating them on everything from civil rights to the power of words. It includes an overview of his life, a timeline spread, a family outline, and a geographical summary of important places. It also features ‘Did You Know’ facts and inspiring quotes. For children aged 8+.

A Place to Land:

Martin Luther King Jr. and the Speech That Inspired a Nation

As a new generation of activists demands an end to racism, A Place to Land reflects on Martin Luther King, Jr.’s I Have a Dream speech and the movement that it galvanized.

Much has been written about Martin Luther King, Jr. and the 1963 March on Washington. But there’s little on his legendary speech and how he came to write it.

Finding this place to land was what Martin Luther King, Jr. struggled with, alongside advisors and fellow speech writers, in the Willard Hotel the night before the March on Washington, where he gave his historic I Have a Dream speech. But those famous words were never intended to be heard on that day, not even written down for that day, not even once.

Barry Wittenstein teams up with legendary illustrator Jerry Pinkney to tell the story of how, against all odds, Martin found his place to land.

A Place to Land: Martin Luther King Jr. and the Speech That Inspired a Nation
Written by Barry Wittenstein and Illustrated by Jerry Pinkney 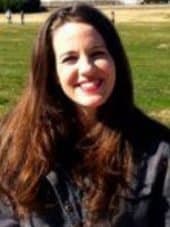