Search Results for: PAST PRESENT with Lesa Cline-Ransome

...fierce competitors on the courts, but close sisters above all. ABOUT Lesa Cline-Ransome Lesa Cline-Ransome is the writer of many picture books. Her picture book biography titles include Satchel Paige,...
2 comments | August 20, 2019, 8:00 am
Coretta Scott King Honor Award-Winning Author Lesa Cline-Ransome is back to bring past stories new life on Past Present. In this episode, Lesa celebrates the rich history of her home...
Comment | November 15, 2022, 7:00 am
Ever wonder how authors are able to write about the past as if they’ve actually been there and seen things for themselves? On this episode of PAST PRESENT with Lesa Cline-Ransome, Lesa reveals her research techniques for creating FINDING LANGSTON, a historical novel set during The Great Migration which hums with life and authenticity.   Read more »
1 comment | October 1, 2018, 8:00 am
KidLit TV has a brand new show called Past Present hosted by author Lesa Cline-Ransome! On this series, kids will discover past stories through children's literature.    Read more »
4 comments | February 21, 2018, 8:00 am
...in this story of an angry boy whose raw talent, resilience, and devotion to music help point him in a new direction. ABOUT Lesa Cline-Ransome Lesa Cline-Ransome is the writer...
Comment | January 2, 2022, 8:00 am 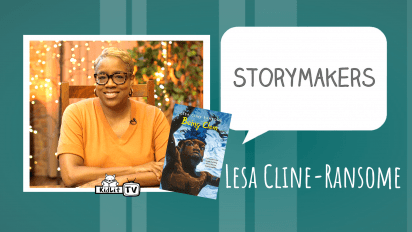 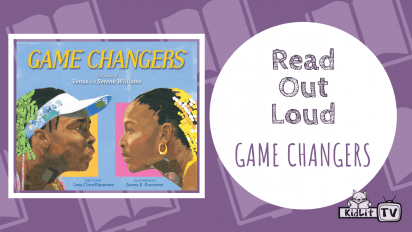 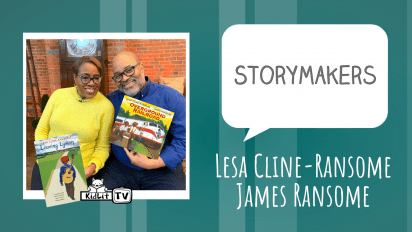 Award-winning author, Lesa Cline-Ransome and illustrator, James Ransome, offer us a window into a child’s experience of the Great Migration in OVERGROUND RAILROAD and LEAVING LYMON, two books which have a more than just a few things in common — just like Lesa and James!   Read more »
Comment | April 15, 2020, 7:00 am 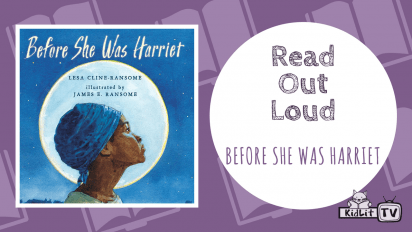 On this episode of Read Out Loud, author Lesa Ransome reads BEFORE SHE WAS HARRIET! Learn more about the history of Harriet Tubman.   Read more »
25 comments | February 18, 2018, 8:00 am
...Facebook Lesa Cline-Ransome – Award-Winning Author and Host of Past Present Lesa’s first book was the biography Satchel Paige, an ALA Notable Book, and a Bank Street College “Best Children’s...
Comment | November 5, 2014, 3:51 pm
...as Martin Luther King Jr., Robert Frost, and Mohandas Gandhi, is included. ABOUT Lesa Cline-Ransome Lesa Cline-Ransome is the author of almost twenty books for young readers, including Before She...
Comment | November 14, 2022, 7:01 am 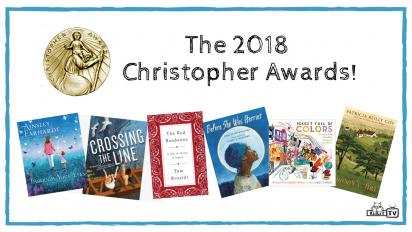 On May 17 the Christopher Awards were presented high atop the Manhattan skyline to the creators of books, feature films and television/cable programs. The award recognizes writers, producers, directors, authors and illustrators whose work “affirms the highest values of the human spirit.”   Read more »
Comment | June 5, 2018, 7:54 am

Most novels feature the viewpoint character telling the story using the past tense. Yet more and more, readers are embracing present tense fiction. Novel writers need to understand tenses and...
Comment | January 11, 2015, 11:40 am

On this episode of KidLit Podcast Lesa Cline-Ransome reads BEFORE SHE WAS HARRIET.   Read more »
Comment | August 17, 2018, 8:00 am
Young At Art, award-winning illustrator, James Ransome is back, this time at KidLit TV studios in New York City. Join James to learn how to use a sketchbook to keep track of your art!   Read more »
2 comments | November 16, 2021, 6:00 am
Celebrate World Read Aloud Day and kickoff Black History Month with five of KidLitTV's favorite read aloud books!   Read more »
Comment | January 20, 2023, 7:00 am 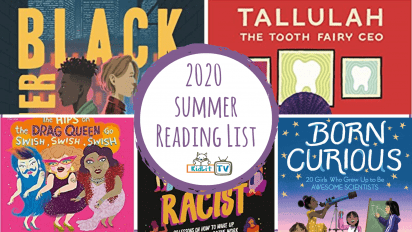 Below is the official KidLit TV summer reading list with our top choices for Picture Books, Middle Grade, and Young Adult books recommended for our readers.   Read more »
Comment | June 22, 2020, 8:00 am