Summer reading is a time for kids to be independent, use their library card and check out the books they want to read over the summer. Schools and teachers prepare summer holiday lists of wonderful books for the students, many being part of the classics collection, others being about a more diverse subject, and some being New York Times Best Sellers.

If your school doesn’t recommend books for your kids over the summer or if you homeschool your kids, KidLit TV compiled a list of the top ten books to read this summer. We even recommended some of the books written by our StoryMakers guests!

1: Beauty and the Beast (Pat Cummings and H. Chuku Lee)

This is one of the most remarkable retellings of Beauty and the Beast. Award-winning illustrator Pat Cummings created a beautiful fairy-tale world with art, architecture, and culture from West Africa, while writer H. Chuku Lee tells the story of this beloved classic.

2: One and Only Ivan (Katherine Applegate) 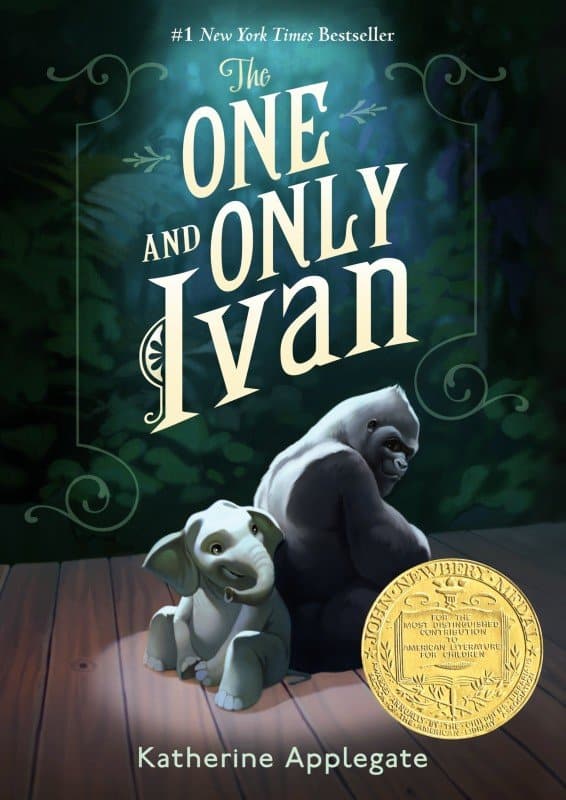 Ivan is an carefree gorilla. Living at the Exit 8 Big Top Mall and Video Arcade, he begins to enjoy humans watching him through the glass walls. He hardly misses his life in the jungle. In fact, he never gives it any thought. Instead, Ivan thinks about TV shows he’s seen and about his friends Stella, an elderly elephant, and Bob, a stray dog. But mostly Ivan thinks about art!

He meets Ruby, a baby elephant taken from her family, and she begins to make Ivan see home, and his art, through new eyes. Inspired by a true story, this is the magically written tale of how a gorilla wins his freedom.

3: Better Nate than Ever (Tim Federle) 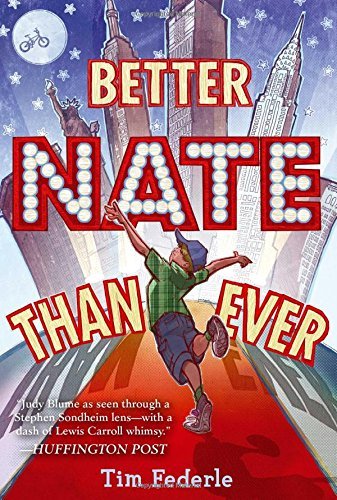 Nate Foster’s dreams are bigger than life. All he’s ever wanted was to star in a Broadway show. But Nate is stuck in Jankburg, Pennsylvania, where no one except his best pal Libby appreciates a good show tune. With Libby’s help, Nate plans to escape to New York to make it in big-time stardom. 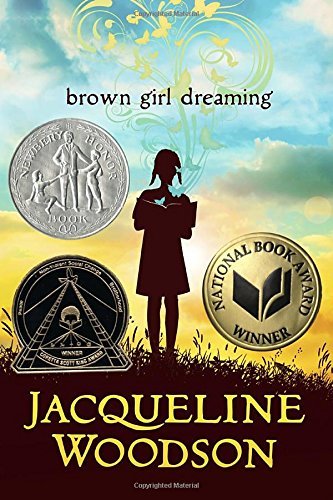 Jacqueline Woodson is one of today’s most remarkable writers. In Brown Girl Dreaming she tells the moving story of her childhood in mesmerizing verse. In vivid, lyrical poems, she shares what it was like to grow up as an African American in the 1960s and 1970s. Woodson also reflects the joy of finding her voice through writing stories. 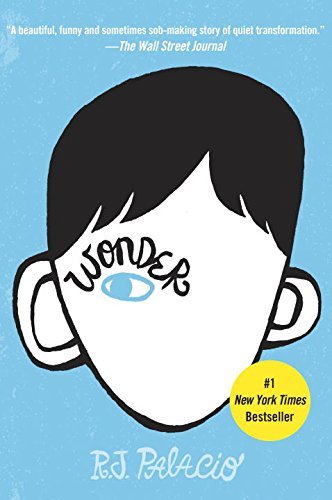 Wonder stars August Pullman who was born with a facial difference that has prevented him from going to a mainstream school. But starting 5th grade at Beecher Prep, he wants nothing more than to be treated as an ordinary kid. However, his new classmates can’t get past Auggie’s extraordinary face. Wonder is a #1 New York Times bestseller and included on the Texas Bluebonnet Award master list. It’s a story that teaches kids of all ages the power and understanding of acceptance. 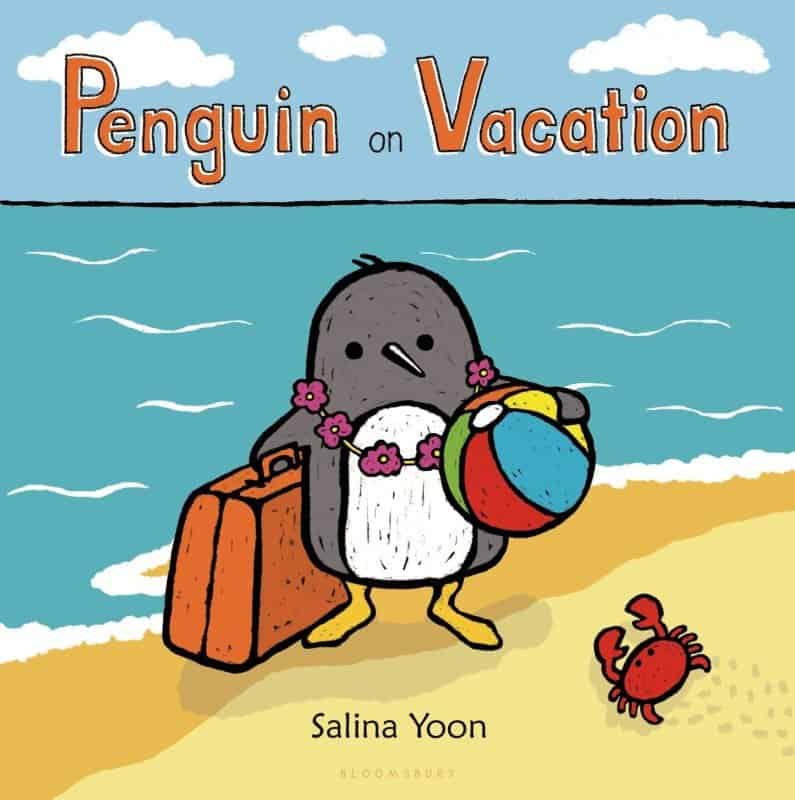 Tired of the snow and cold, Penguin decides to go on vacation. Though, he doesn’t know who he should go with or what kind of new friends he would meet along the way. When he takes a trip to the beach he discovers that it doesn’t matter where you go to spend your vacation it’s who you spend it with that makes it special. Penguin on Vacation is a part of Salina Yoon’s PENGUIN series! 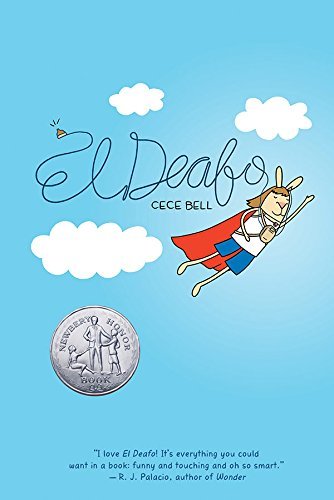 Going to school and making new friends can be tough, especially while wearing a bulky hearing aid strapped to your chest. This situation requires superpowers! In this funny, poignant graphic novel memoir, author/illustrator Cece Bell tells the tale of her hearing loss at a young age and her experiences with the Phonic Ear, a very powerful, but awkward hearing aid.

All Cece ever wanted was to fit in and find a true friend, someone who appreciates her as she is. After some trouble, she is finally able to harness the power of the Phonic Ear and become “El Deafo, Listener for All.” Can she declare a place for herself in the world and find the friend she’s longed for? El Deafo is a 2015 Newbery Honor Book.

8: The Adventures of Beekle: The Unimaginary Friend (Dan Santat) 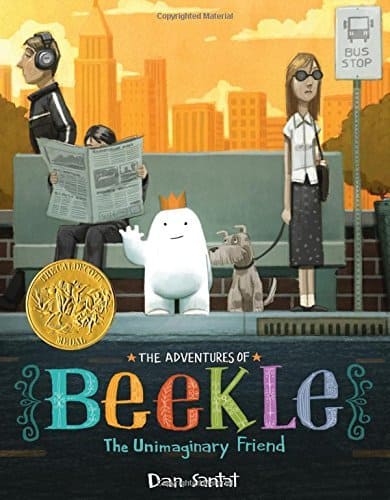 This magical story begins on an island far away where an adorable imaginary friend is born. Patiently waiting his turn to be chosen by a real child, he is overlooked time and again and decides to set off on an incredible journey to the busy city, where he finally meets his perfect match and is given his special name: Beekle.

New York Times bestselling and award-winning author and illustrator Dan Santat, creates a wonderful tale for readers young and old and takes us on a journey of a lifetime.

9: Nana in the City (Lauren Castillo) 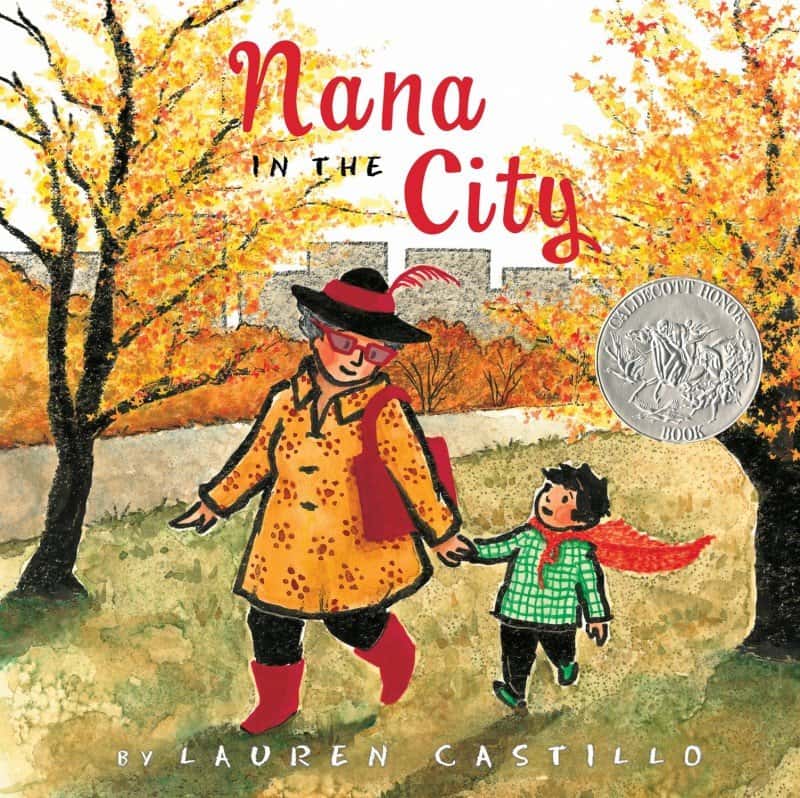 A young boy spends an overnight visit with his nana and is frightened to find that her home in the city is filled with noise and crowds and scary things. But then Nana, the sweet grandmother, makes him a special cape to help him be brave. Soon the noise and the everyday sights of the city are not scary—but wonderful. A 2015 Caldecott Honor Book.

In a Village by the Sea tells the story of wishing to return to the comforts of a home. This is a perfect book to teach children about diverse cultures and lifestyles through vivid pictures and words, moving from the wide, adventurous world to the snugness of home and back out again.

A special thanks to Mira Reisberg founder of the Children’s Book Academy for introducing us to some of these titles and Hannah Barnaby, Crystal Brunelle and Darlene Beck Jacobson for suggesting great lists for us to check out.  What are some of your favorite summer reading books this year? Let us know in the comments below. 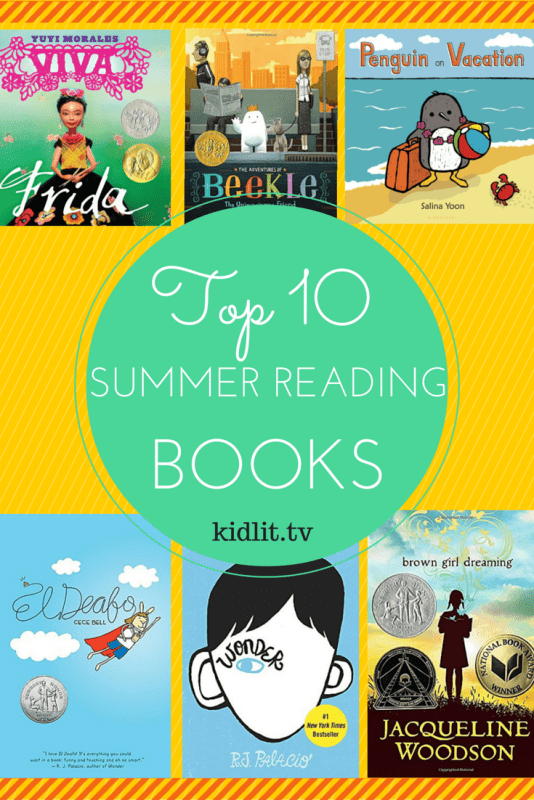 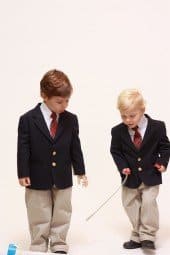 How to Draw An English Rose Real Easy