Josh Funk, author of Lady Pancake & Sir French Toast, did just that! He created an awesome book trailer that caught our attention at KidLit TV. He used simple effects and played to his musical strengths by creating a catchy jingle.

The story is about Lady Pancake and Sir French Toast who have a beautiful friendship until they discover that there’s only one drop of maple syrup left to go around. Racing round, past the Orange Juice Fountain, skiing through Sauerkraut Peak, and reeling down the linguini only one can enjoy the sweet taste of victory! But who will win? And will their friendship always be torn apart, or is working together the secret ingredient? 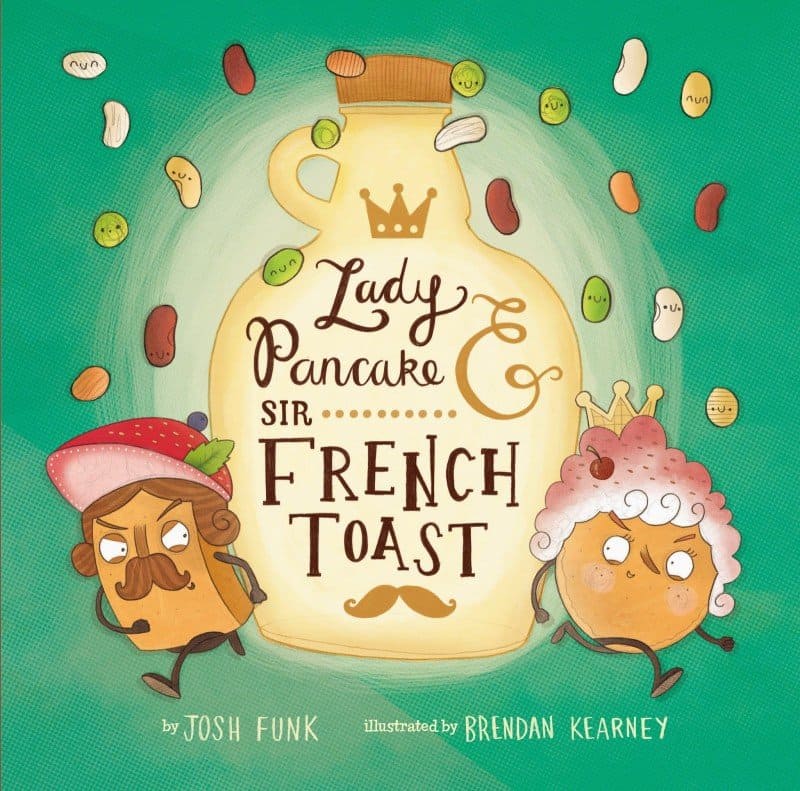 Lady Pancake & Sir French Toast will be released on September 1, 2015, but we’re glad he released the video in advance. We asked Josh to sit down with us so we can all learn about the process he  went through to make the book trailer for this awesome tale of delicious adventure.

Your book trailer includes a catchy jingle. How did you come up with the song for Lady Pancake & Sir French Toast?

I’ve been writing songs since I was in high school. I learned to play guitar and hoped it would help me get the girl. Unfortunately, I was no John Mayer, and my lyrics were more quirky than poetic. Fortunately, many of those same song writing skills have lent themselves well to writing rhyming picture books. So, to answer the question, I just started singing the book while playing guitar, and eventually whittled the text down to about a minute’s worth that would tease the story.

What program did you use to record the song?

I used the GarageBand App on my phone. In fact, I plugged headphones in and sang directly into the phone’s microphone. With my mild musical background, it was really pretty simple to input the chord progressions that I had been playing on the guitar and have the digital instruments play them. And unlike the days when I was using an analog four-track recorder, GarageBand allows for an unlimited number of tracks. So I could add as many backup voice tracks or test out different instruments as I liked, without losing any quality.

What video editing software did you use to edit the video? Was it easy to use?

I am not a video or animation expert, so here I used iMovie (this time on a Mac laptop). The trailer is essentially a slideshow of parts of 8 different spreads from the book plus the cover. I requested high resolution images from my awesome book designer at Sterling and then timed them to the music. I had previously made a couple of slideshows with iMovie so I wasn’t completely new to it, but I’m hardly an expert. Once you get used to how iMovie works, I think it’s pretty intuitive, dragging and dropping the video clips to time with the sound clips.

At the very end, I actually created several image files using a program called GIMP for the credits. It was actually kind of tedious getting that done, because in my first pass, I had all the credits in a single image, but the Sterling folks thought (and rightly so) that it was too crowded and would be better split across multiple images. I never did figure out how to add multiple text boxes within iMovie.

How long did it take you to put together?

Over the course of a couple months, it probably took about 8 hours to make the song and another 8 hours to make the movie. When Sterling shared all of their awesome publicity ideas with me last December, I knew I needed to match their enthusiasm. I made a first pass at the song over a weekend and actually didn’t change all that much until some final edits right before I began working with iMovie.

For the video part, I started with low-res screen shots I took from the near-final pdf version of the book to get a sense for what it would ultimately look like. That first pass only took an hour or two. Once I had the high resolution images, it took a bit longer to process everything, and I was a bit more meticulous regarding all of the transitions and timing with the song. And once I was nearly done, I got some feedback from Sterling that required one final revision.

If you had to give one tip to authors making book trailers what would it be?

For picture books, if you have access to the images, it’s not too hard to turn your books into slideshows with a little music. And if you’re musically inclined at all (or have friends that are), I’d definitely suggest trying to write a song. Like Dev Petty’s husband did for I Don’t Want to Be a Frog:

Or like Anna Staniszewski’s friends’ band In the Nick of Time did for Power Down, Little Robot:

How has the response been for your book trailer? Do you think videos, like book trailers help get the word out about your book?

I got to premiere it on Mr. Schu’s Watch. Connect. Read. site, which is the go to place to premiere book trailers. I’ve definitely received positive feedback on social media from that. And at nErDcamp in Michigan this summer, I got several thumbs up from the kids in attendance.

As far as getting the word out, I honestly have no idea. And it will be hard to quantify. If nothing else, it’s one additional piece of marketing material that sales reps can share with book stores, or I and my publicists can tweet out. And it was fun for me to make. Like all types of marketing, it’s important to do what you enjoy, because I think it shows. And hopefully my trailer shows this whole experience has been a blast.

Are you one team Lady Pankcake or Sir French Toast?

Hee hee. I’m not telling (although, if you read the book, you might be able to guess)

Josh Funk lives in New England with his wife and children. He is the author of Lady Pancake & Sir French Toast, and the forthcoming picture books Dear Dragon, Pirasaurs!, and Jack! [and the beanstalk]. Find more information about his books at JoshFunkBooks.com.

Josh is the co-coordinator of the 2016 and 2017 New England Regional SCBWI Conference and is a board member of The Writers’ Loft in Sherborn, MA.

Here at KidLit TV we’re huge fans of book trailers and would love to know some of your favorites. Let us know in the comments below or join the KidLit TV Facebook Group! 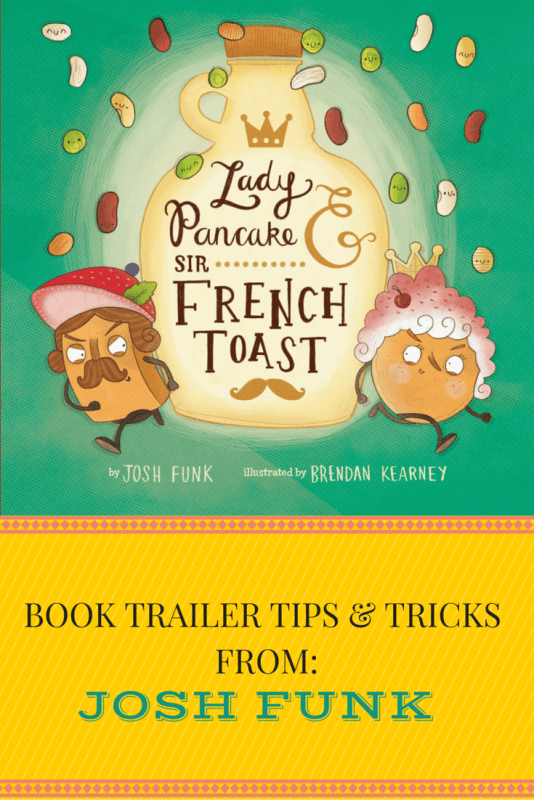 I Can Dance and I Can Play Demo Video

Usborne's 'My First Keyboard Book' - See How it Works!