The spookiness of Halloween never ends for author R.L. Stine. His popular horror series, Goosebumps, has kept kids on the edge of their seats since the early 1990s. Stine’s readers are those who stay up at night to see if monsters are lurking under their bed, in closets, or in the basement.

Kids of all ages will love the Goosebumps movie, which hits theaters on October 16, 2015. Fans have anticipated the release of a companion film for years. There were several attempts for the film to be made; the first in 1998, which Tim Burton was set to produce. However, no one could think of which book to use or which characters would be the focus. Then the idea dawned on the creators to incorporate every character from the books, to create a biographical mash-up movie about R.L. Stine being forced to hide from his own creations — and the movie was born!

The plot follows teenager Zach Cooper (Dylan Minnette), who meets a girl named Hannah (Odeya Rush). Zach is the new kid in town and Hannah is his neighbor. Hannah’s father, R. L. Stine (Jack Black) is the author of Goosebumps. Stine keeps all the ghosts and monsters from the series locked up in his manuscripts. These monsters include Slappy the Living Dummy, the Abominable Snowman, the Werewolf of Fever Swamp, the Giant Mantises, and even living lawn gnomes. One day, Zach and his friend Champ (Ryan Lee) open one of Stine’s books, which releases every last ghost and monster from the manuscripts. Zach, Hannah, and Stine team up to put the monsters back where they belong before their town falls into the hands of the creepy ghosts and ghouls!

Meredith Vieira: Why did it take so long to make a movie out of the books?
R.L Stine: They were trying to think of which book to make the movie out of and which characters to use. Then someone said, “Let’s include all the monsters and all the books!”

Meredith Vieira: What was it like to have your books made into a movie? I mean this is your baby after all!
R.L Stine: I just wanted to get the books done. If you are an author you don’t really think about the movies.

Meredith Vieira: What was it like to be part of the Goosebumps movie?
Jack Black: My sons and I listen to the Goosebumps on audio. They love monsters so I knew that when I read the script my sons would love it! That’s why I wanted to do it!

Meredith Vieira: Why did the directors choose to film where they did?
Jack Black: Atlanta, Georgia has the spookiest houses. Haunted houses!

All the proceeds from the event went to support The Pajama Program, a wonderful charity that provides new pajamas and books to children in need nationwide, many of whom are waiting to be adopted.

The KidLit TV team enjoys the Goosebumps series and we are just as excited for the film to be released as the kids are! We know that it will be one spooky, but fun adventure. What will R.L. Stine think of next? 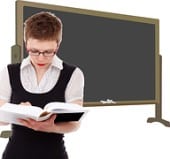