Common Core-aligned student viewing guides (SVGs) offer parents and teachers new tools for maximizing the educational value of StoryMakers episodes. Each guide was created in tandem with CCSS standards for English Language Arts in Speaking and Listening as well as other relevant content standards. Teachers can adapt SVGs according to their students’ specific needs and abilities.

Thanks to KidLit TV, reinforcing literacy modules at home and in the classroom just got easier. And a lot more fun. StoryMakers SVGs engage students from kindergarten through 12th grade via reading comprehension checks, prediction questions, and written activities. Prompts such as “summarize the book in your own words” and “name the protagonist” help students get the most out of every riveting episode.

Parents and educators will appreciate the logical, easy-to-follow structure of the guides. Each is clearly marked with a suggested grade range for which the guide is most appropriate, making episode selection a snap. An introductory section provides a succinct summary of the episode and a condensed biography of the featured author, illustrator, or guest.

The meat of the SVG provides exercises and activities which appear in distinct, chronologically-presented sections. Sections include Standby (pre-viewing); Lights, Camera (while viewing); and Action (post viewing). Exercises and activities range from quick quizzes, to instructions for creating a hat to directions for writing a diary entry dated ten years in the future.

With the addition of SVGs, KidLit TV is rapidly becoming an indispensable tool in every parent’s and teacher’s toolbox. How will you use the new guides in your home or classroom? What do you like most about them? The KidLit TV team loves to hear from its viewership. Please leave a comment below with your thoughts! 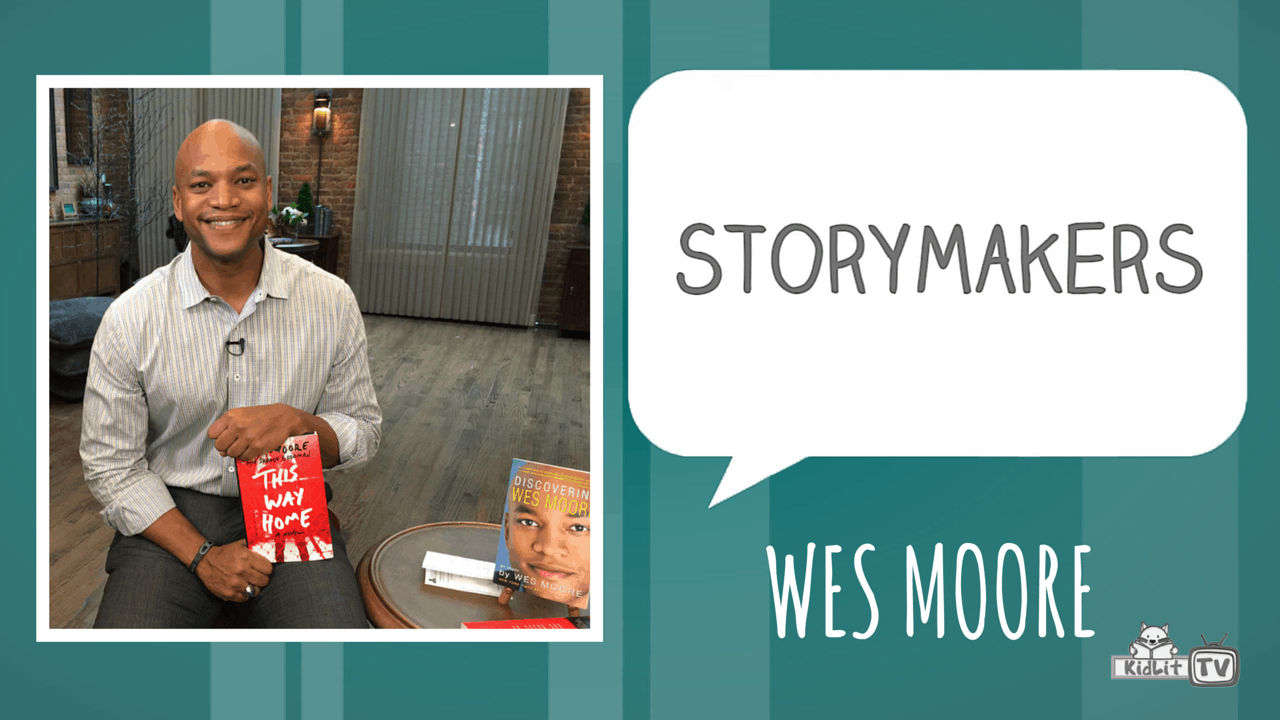 Wes Moore is an education advocate, veteran, Rhodes Scholar, and New York Times bestselling author of The Other Wes Moore and Discovering Wes Moore, the accessible version for younger audiences which was requested by teachers. This Way Home is Wes Moore’s first young adult work of fiction, with Shawn Goodman. The book is set in Baltimore, which has been in the news most recently due to several protests in response to police brutality. Elijah and his friends live for basketball but a street gang threatens to take that all away if the team doesn’t rep their colors. What happens if they don’t give in? What happens when a community takes a stand? 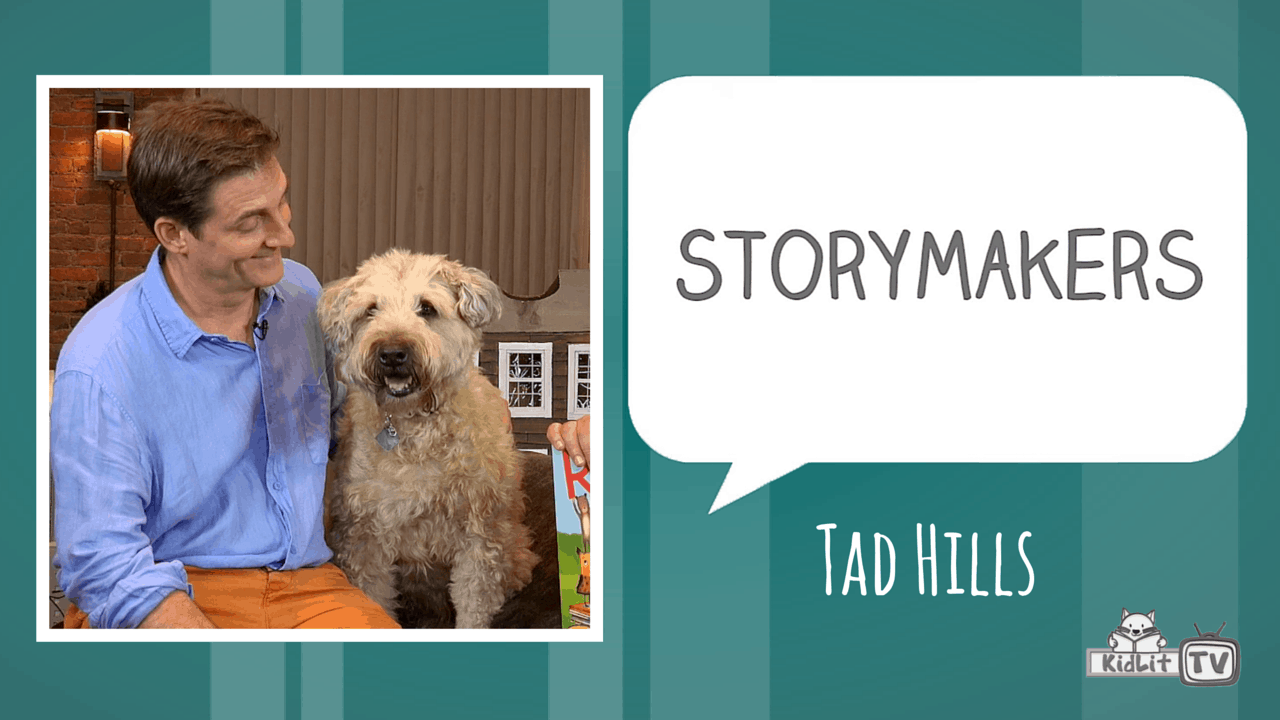 Growing up in a family of artists, engineers, and teachers has its benefits. As a child, New York Times bestselling author and illustrator Tad Hills was constantly encouraged to revel in his creativity. He wrote his first book at the age of eight as a gift for his parents. Besides writing, he’s always had a fondness for building things — namely detailed Halloween costumes for his children — and uses this passion as a way to visually demonstrate storytelling. Tad’s literacy focused Rocket series evolved from a 2008 Publishers Weekly cover. What started out as a pup with a bibliophilic bird atop his nose has led to six books and counting. Tad’s first book in the series, How Rocket Learned to Read was a New York Times bestseller. Eight years later, R Is for Rocket: An ABC Book is the sixth book in the line, and features a surprise guest from Tad’s Duck & Goose series. 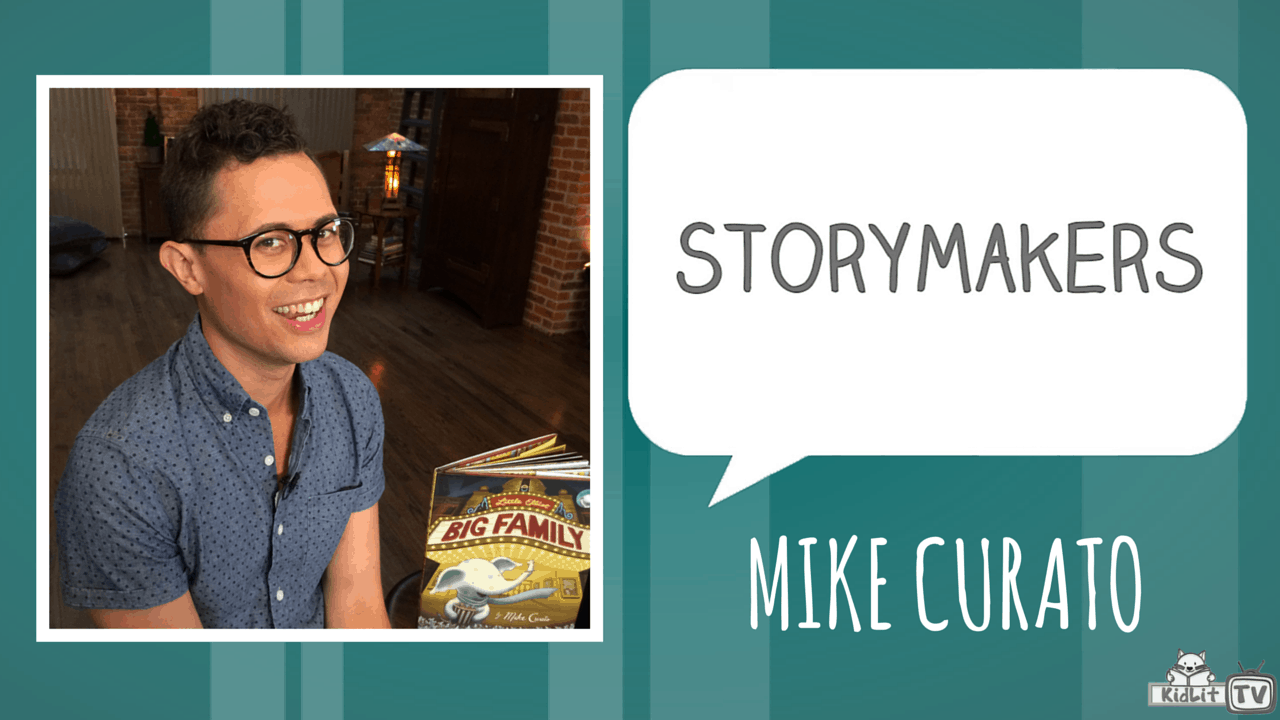 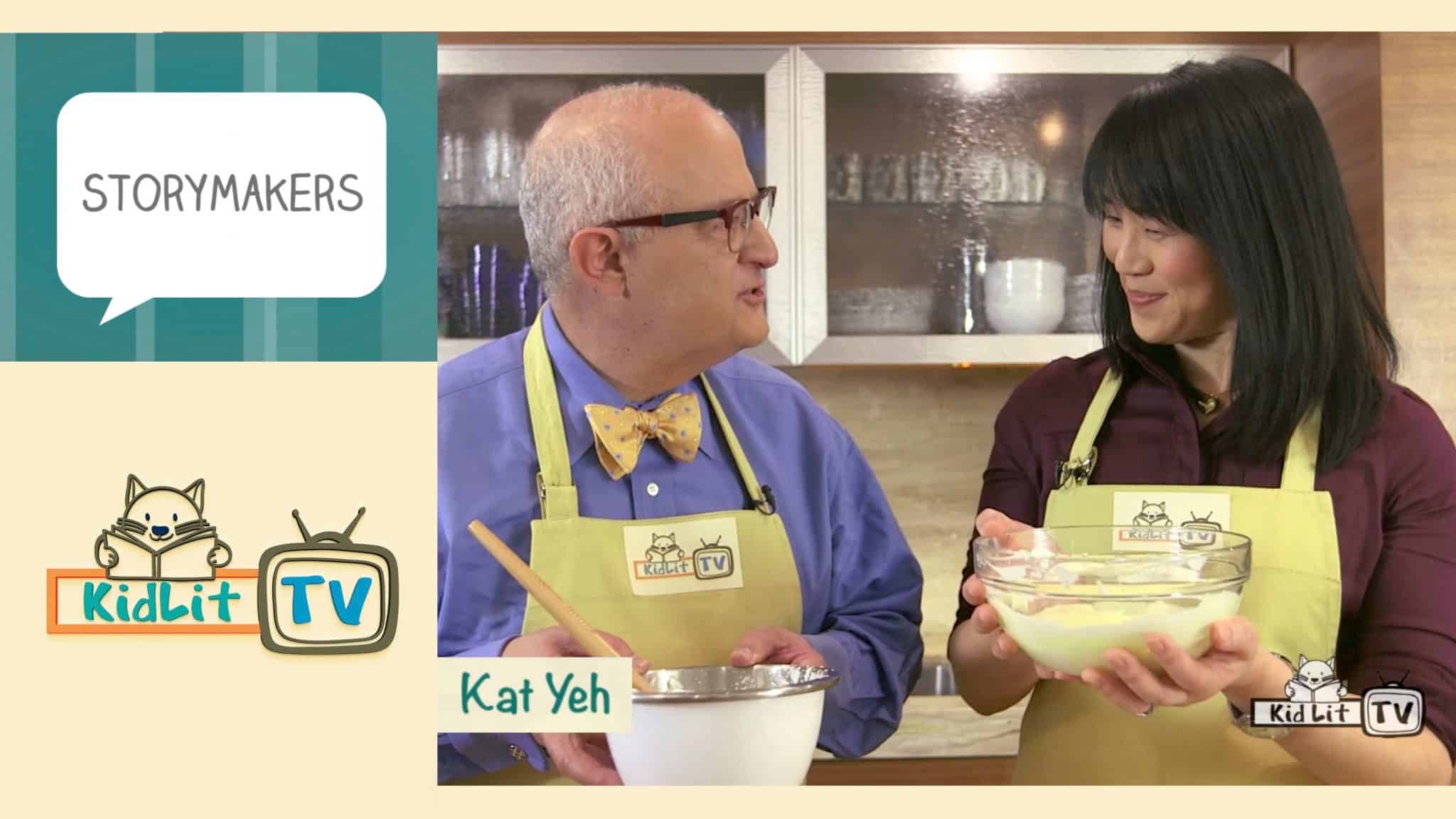 Take two sisters making it on their own: brainy twelve-year-old GiGi (short for Galileo Galilei, a name she never says out loud) and junior high-dropout-turned-hairstylist DiDi (short for Delta Dawn). Add a million dollars in prize money from a national cooking contest and a move from the trailer parks of South Carolina to the Gold Coast of New York. Mix in a fancy new school, new friends and enemies, a first crush, and a generous sprinkling of family secrets. That’s the recipe for The Truth About Twinkie Pie, a voice-driven middle grade debut about the true meaning of family and friendship by Kat Yeh. 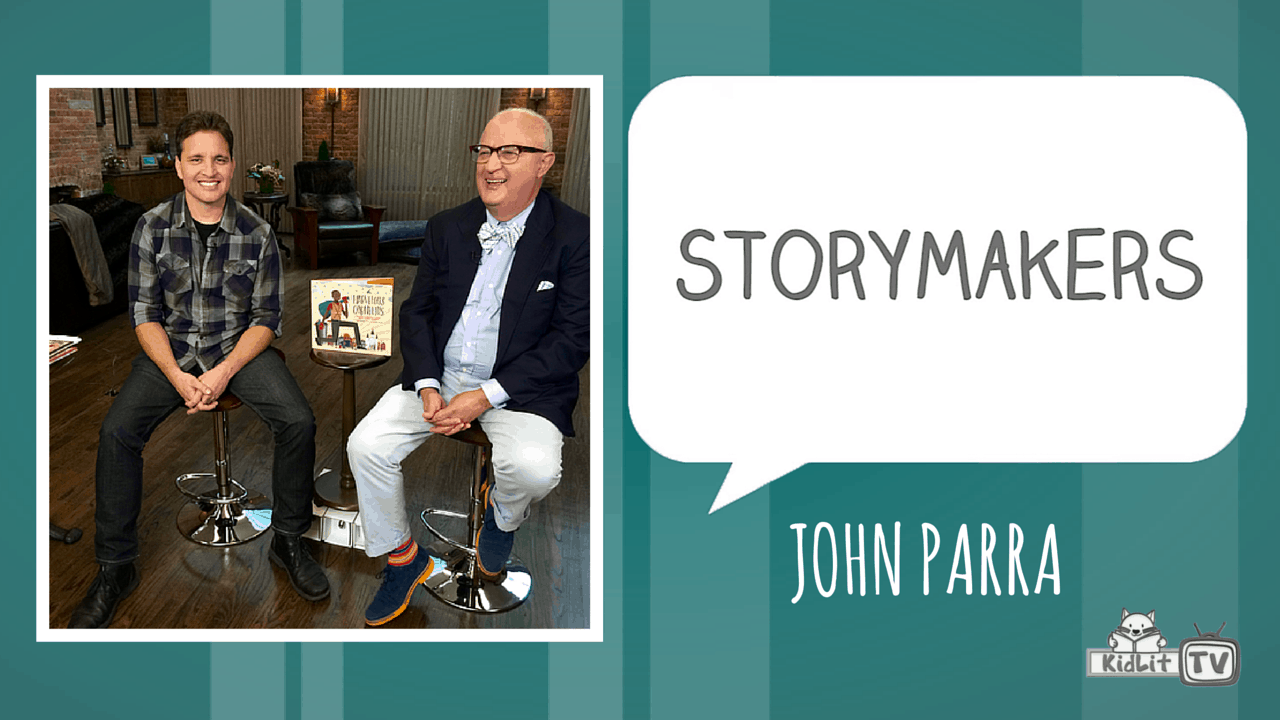 John Parra has illustrated multiple books for early and bilingual readers. He is a two-time recipient of the Pura Belpre Honor which recognizes a Latino/Latina writers and illustrators whose work affirms and celebrates the Latino cultural experience in children’s literature. Marvelous Cornelius: Hurricane Katrina and the Spirit of New Orleans isn’t typical of the books John Parra has illustrated in the past. The picture book, written by Phil Bildner, is a recount of life post-Hurricane Katrina. Real-life New Orleans, Louisiana sanitation worker Cornelius Washington serves as the jubilant focal point of the story. Parra captures Cornelius’ callouts and tricks through his vivid and bold painting style. The infectious spirit and waterproof soul of Cornelius Washington, as interpreted by Phil’s prose and John’s illustrations, solidifies Marvelous Cornelius: Hurricane Katrina and the Spirit of New Orleans as a strong modern-day folktale. 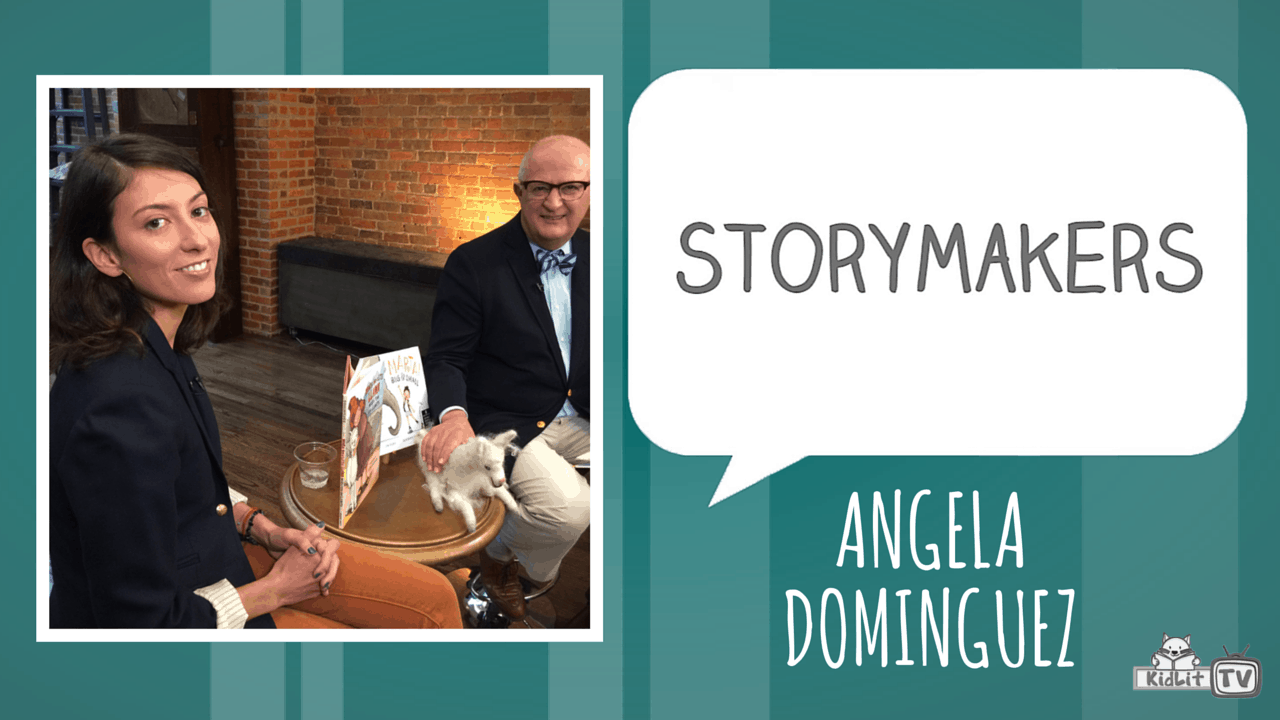 Author and illustrator Angela Dominguez creates heart-warming tales about family and togetherness. Angela Dominguez is a two-time recipient of the American Library Association’s Pura Belpre Honor (2014 and 2016). Angela’s picture books are rooted in the themes of family, tradition, and friendship. Several of her books including Maria Had A Little Llama/Maria Tenia Una Llamita; Let’s Go, Hugo; and Knit Together pull from relationships with family members and artifacts from her childhood. A wind-up toy inspired French bird Hugo. Angela’s memories of wanting to be a skilled knitter like her mother led her to write a book to remind children they can be talented in their own way. An aunt’s interest in indigenous cultures informed the writing of a version of Mary Had a Little Lamb with a Peruvian twist. Angela’s books aren’t only an option for children growing up bilingual; they are excellent for those who want to expose young readers to the Spanish language and Latino culture. Aspiring illustrators will enjoy hearing about Angela’s process and seeing what a book looks like from start to finish. 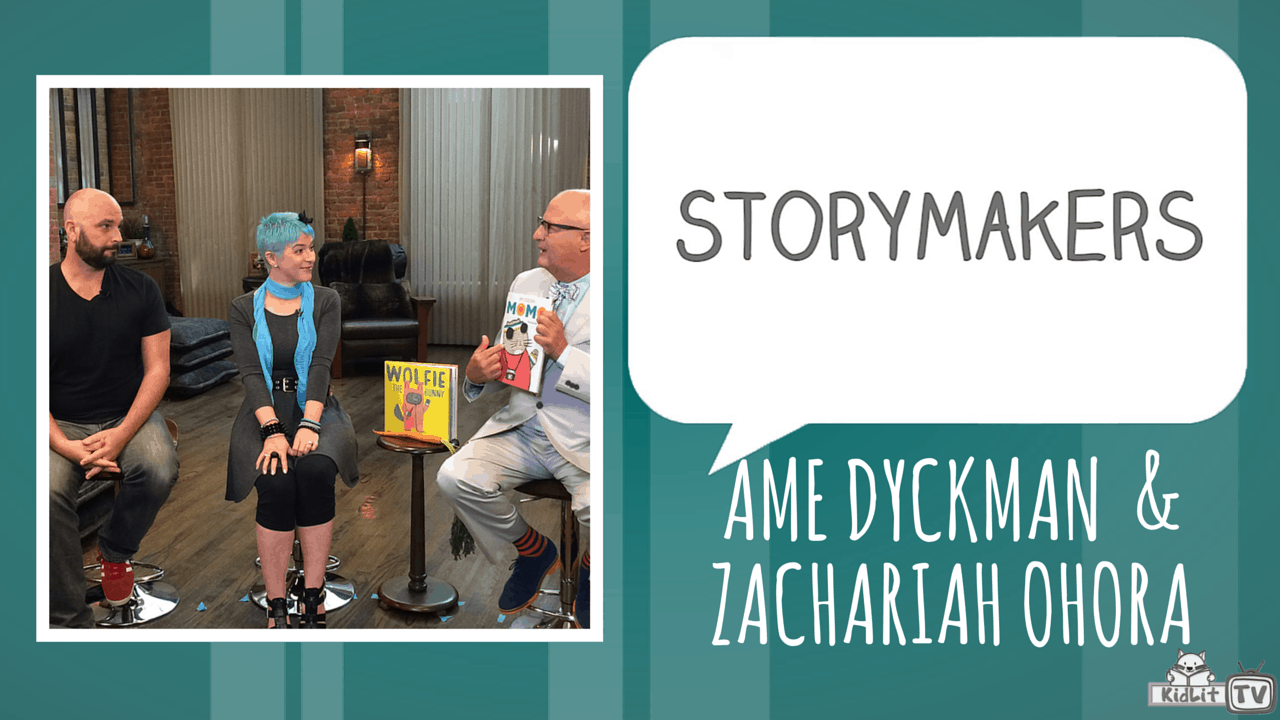 Ame Dyckman entertained the idea of a wolf and bunny book for quite some time before the inspiration for Wolfie the Bunny finally hit. What started out as the voice of a tiny character in her head turned into a book about the families we choose. Ame is joined by author and illustrator Zachariah OHora who brings out Dot’s spunk and Wolfie’s warm heart in visual form. Their team is the perfect balance of cool and calm mixed with quirky exuberance. 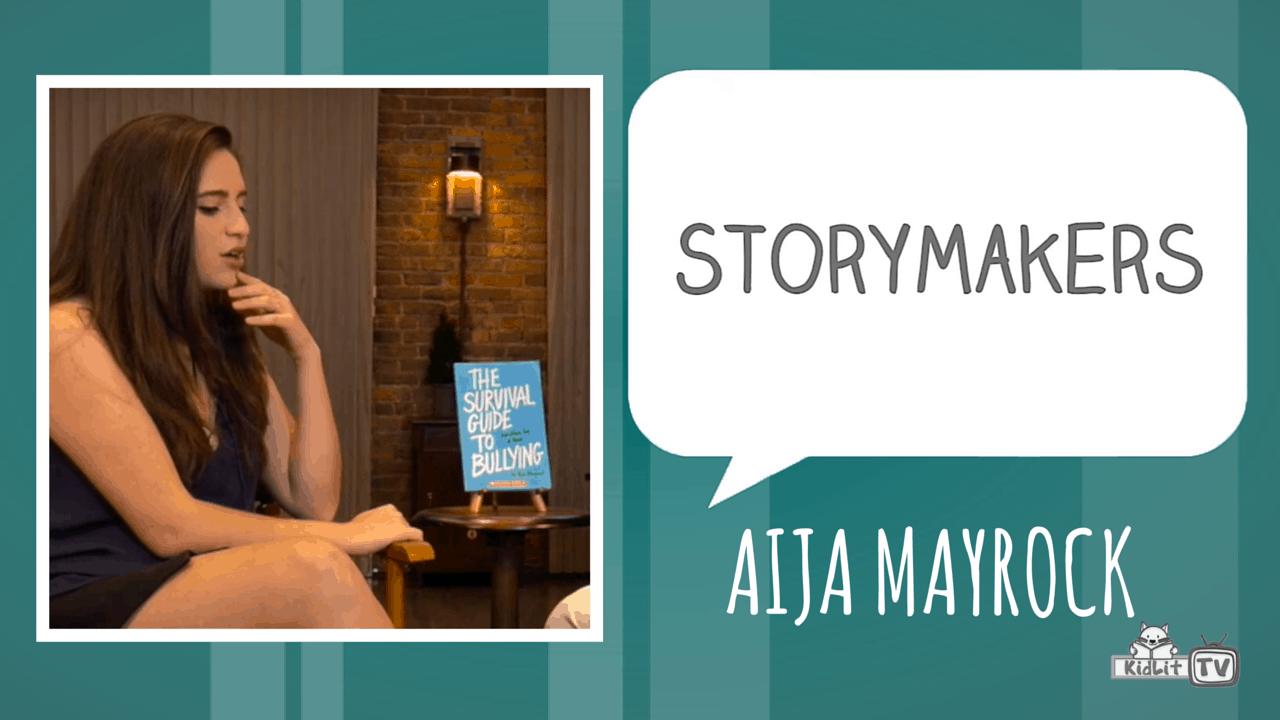 The Survival Guide to Bullying is author and activist Aija Mayrock’s gift to young people who’ve endured bullying. At sixteen Aija began writing the self-help book for children who are being bullied. The book began as a self-published project in 2014. Eventually the project was picked up by Scholastic after Publishers Weekly covered The Survival Guide to Bullying. In 2015 the National Center for Educational Statistics reported one out of every four students (22%) reported being bullied during the school year.

We are a diverse group of parents, educators, librarians, kid lit creators, and award winning filmmakers all working together to bring great books to kids! Our mission is to create fun new ways to reinforce an appreciation of reading that children will carry with them for the rest of their lives. KidLit TV is the winner of a 2015 Gold Parents’ Choice Award.