Looking for the inside scoop on KidLit TV’s StoryMaker, Dan Yaccarino? You’ve come to the right place! We caught up with him to discuss his latest picture book, Billy and Goat at the State Fair, why it’s good to encourage kids to try new things, current projects he’s working on and more!

Dan Yaccarino is known for creating bold, bright and whimsical designs. He’s won prestigious awards including the Bologna Ragazzi, The New York Time 10 Best Illustrated, ALA Notable, Parent’s Choice Award, and more! He’s kept been busy this year doing everything from giving the closing keynote at the Golden Kite Luncheon for the Los Angeles Society of Children’s Book Writers & Illustrators’ conference to having breakfast with literary friends (including the wonderful Dan Santat (Beekle)). During this busy year, Dan has also recently published a new book called Billy and Goat at the State Fair.

More About Billy and Goat at the State Fair:

Dan Yaccarino’s latest book focuses on two main characters: Billy and Goat. They are best friends, but their styles are as different as chalk and cheese. Billy likes to smell the roses while Goat likes to eat them! And at the state fair, they have no idea how they will enjoy themselves, being so different.

Billy thinks the crowds and noise are a bother and is happy to wait in the livestock pens until the Best-Goat contest begins. But, being his opposite, Goat’s not one to sit when he could run free. In a wink of an eye, Goat darts out of the pen and leads Billy on a long chase past rides, games, contests, and exhibits. When Billy finally catches up to Goat —where he sat on the biggest float of the parade!—he realizes how amazing the fair is and learns how much fun he can have. Though he missed Goat’s chance to win Best in Show, it was one day he would never forget, because it was a day spent with his best friend.

“Goat got Billy to come out of himself and experience the fair. And it was a lot more fun than he thought it would be, a lot less scary, and he ends up having a great time!” – Dan Yaccarino

In Part I of the interview with Dan we got an inside look at his everyday writing agenda, a sneak peak at upcoming projects, and why he wishes he could focus on one project at a time. You’ll get a glimpse of his humor, too! Dan shares his appreciation for his amazing editor and why it’s so critical for every page to be doing one of two things (watch the video to find out what!). If his words aren’t accomplishing either of these things, he chops it out. For all the media he’s worked on: board books, picture books, chapter books, television and screen plays, they all exemplify this strategy.

In Part II of the interview, we find out more about his latest book, Billy and Goat at the State Fair. He talks about how these two opposite characters ended up working so well together. The moral of the story is about a little boy stepping out of his comfort zone and having a good time, despite himself. Parents and educators will love reading this aloud as much as kids will revel in listening to it.

One book that has sparked a lot of conversation is Dan’s book Every Friday (a 2007 New York Times Book Review “Best Illustrated Book of the Year”, and a 2008 Bank Street “Best Children’s Book of the Year”). It’s a story about a boy and his father looking forward to their “every” Friday tradition: to have breakfast at their favorite diner. It’s been rewarding for Dan to have mail and messages about how this book positively changed lives of fathers.

“This book has no story, it’s just about a father and a son who leave the house and walk through their neighborhood to get to the diner and have breakfast together.The message of the book is, carve out a little time just for the two of you as often as you can.” -Dan Yaccarino

Dan also shares why kids like to read the same book several times and how it’s the parent’s job to push their kids a little bit out of their comfort zone. He also believes parents should read books to kids that are above their grade level. Dan tells us what he read with his kids (and what made them cry) and how they understood the high points of the story as well as the lessons and morals. He didn’t realize they would understand these elements until he tried it out for himself!

“Your job as an adult is to expose your kids to the wider world of reading and encourage that.” – Dan Yaccarino

Dan believes that good kid lit books make a connection with the child, whether it’s the first day of school, a birthday party or even going to camp. Books leave a huge impact on a child’s life when they are growing up and are the starting points of a life long love of reading. But it’s what books leave behind, such as the lessons or conversation that truly make a difference.

“Books are there to entertain, enlighten and create conversation. That’s a few of the many things books are for. My hope is that it will spark a librarian, parent or teacher reading the book to get the children to relate to the elements of the book.” -Dan Yaccarino

The KidLit TV team are true fans Dan Yaccarino’s books and is looking forward to new works from him. Dan also starred on StoryMakers and talks all about his writing journey! What are some of your favorite Dan Yaccarino books? 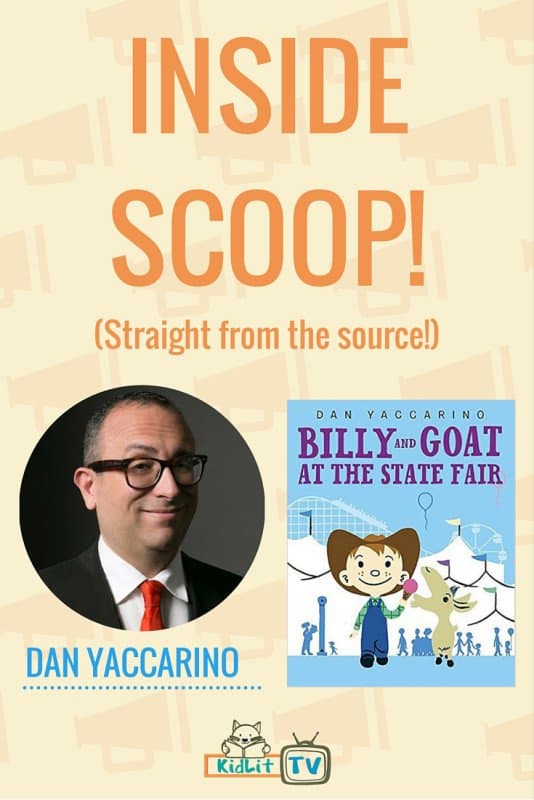 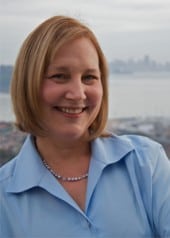 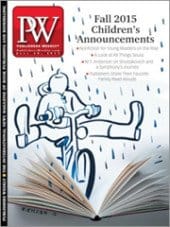