Soman actually began with a simpler website and quickly realized that his fans are a clever, passionate, and engaged group who wanted more. They were constantly looking for ways to interact with each other and immerse themselves in the “School for Good and Evil” universe. — JoAnn Yao

After book birthdays have come and gone, and a kid lit author has received rave reviews from R.L. Stine and made the New York Times bestseller list, what’s next? How does an author keep fans and critics alike excited? Soman Chainani, author of The School for Good and Evil series has found a way to engage his intelligent, tech savvy, and creative fans through the book’s companion site, schoolforgoodandevil.com, and a strong presence on multiple social media channels.

KidLit TV was first introduced to Soman on a field trip to Symphony Space’s Thalia Book Club Camp. After Soman talked about his background as a fairy tale lover and showed us a few trailers, he gave us a walk-through of schoolforgoodandevil.com.

Much like J.K. Rowling’s pottermore.com expands on the world of the Harry Potter series, schoolforgoodandevil.com takes readers of The School for Good and Evil beyond the pages of Soman Chainani’s acclaimed series.

After learning about schoolforgoodandevil.com, we had a lot of questions about the site, and the future of literature in the age of social media. JoAnn Yao, Soman’s secret weapon and triple threat (assistant, social media manager, and site manager) filled us in on what goes on behind-the-scenes.

Read more about enrolling in the School for Good and Evil and navigating the site, after JoAnn’s interview.

Why did Soman decide to create an interactive website versus something more traditional?
In general, he thinks outside of conventions. The result is a site that reflects not only the world in his books but the community his fans have built online.

That said, Soman actually began with a simpler website and quickly realized that his fans are a clever, passionate, and engaged group who wanted more. They were constantly looking for ways to interact with each other and immerse themselves in the SCHOOL FOR GOOD AND EVIL universe. So, really, retooling the site to be more interactive was only logical.

Can you summarize the website building/creative process?
It began with cataloging the most popular features of the old site and determining the best way to expand them on the new one. Then, in collaboration with Line, we laid out the map and individual features. We specified what we were looking for, and Line did a brilliant job of translating that into a design that is both beautiful and functional.

Soman and the team are very active and transparent on social media. Why?
The fan community I mentioned before extends across a number of platforms and our participation in social media simply mirrors the open, engaged attitude that the SGE fandom brings to the table.

Do you and other team members have your own avatars on the site? If yes, how often do you interact with other “students?”
We do! Soman and I interact with students often, usually daily. We’ll reply to comments on the blog, answer questions in the Common Room Forum, that kind of thing.

What’s your favorite part of the site? Why?
The Reader Gallery has always been a huge favorite of mine. The works on display there are so impressive and creative, and I love that the series is inspiring others to make art.

What is one dream element you’d add to the site?
It’d be fantastic if we could hold classes from the School for Good and Evil! It’s a difficult thing to tackle, logistically, but it would also be great fun.

Why do writers need to find new ways to interact with their readers in a technologically driven world?
I think it shouldn’t be viewed as an obligation. The presence of technology is a boon, broadening channels through which writers can communicate with the people who care most about their work.

Why do fans get to have so much input?
SGE fans are sharp, they know what they want, and they have excellent ideas. So far, we haven’t been steered wrong by listening to them!

How will the website fit in with the upcoming film?
The site has always focused primarily on the books, but it will definitely complement and help promote the film.

ENROLLING IN THE SCHOOL FOR GOOD AND EVIL
School for Good and Evil (SGE) students are not faceless; each one creates an avatar that best represents their persona. Students are sorted into groups of Evers (School for Good) and Nevers (School for Evil), this determines what they’ll learn in school, after taking an entrance exam to gauge their propensity for being a hero or villain. It’s all in good fun.

Once students have enrolled they can move freely around the school; explore a map of the grounds, learn more about the series, role play, chat, enter contests, and even ask Soman and his team questions.

Students gain points towards their report cards by commenting on blog posts, submitting art to the Reader Gallery (more about this later), or simply showing up. The best part about accruing points is they’re useful! Top students are featured on the homepage (Top 5 Evers and Nevers) and right nav of the report card page (Top 25). Furthermore, points can be used to access exclusive content. There’s even a chance to earn extra credit via pop quizzes and other special assignments. Going to school has never been this fun and engaging.

IMMERSION: FAN ART, FANFICTION, AND CASTING
In recent years, fanfiction and fan art have become an integral part of YA literature. Fan art and fanfiction are the ultimate signs of admiration. Illustrating characters in one’s own style, or having a fresh take on a story is a freeing creative exercise. If you want to engage a tween or teenager in language arts, consider fanfiction or fan art as an assignment.

Fanfiction is one of the internet’s most reviled and beloved genres. Its authors write tales set in their favorite pop culture worlds, from Star Trek and X-Files, to Hogwarts and boy band concerts. For every fic that’s embarrassingly bad, there are thousands more that are brilliant and well-written. — Kaila Hale-Stern, Gizmodo

There is an entire section of schoolforgoodandevil.com devoted to fan art, which can be found in the Reader Gallery. No matter the level of artistic skill an Ever or Never has, they can contribute original art to the site. Once a student is enrolled in one of the schools, they can submit original fan fiction for fun, to have it read and critiqued by their peers. Often times authors will work with other members to craft their stories.

Students are able to contribute to the casting process, in a manner of speaking. Zac Efron, Meryl Streep, Benedict Cumberbatch, David Tennant, and Dove Cameron are some of the names that have been put forth by Evers and Nevers in the SGE Movie Fantasy Casting group in the Common Room, on the site. Many of the actors mentioned have prior experience starring in sci-fi and fantasy films.

Recently, Soman dropped a bombshell on The School for Good and Evil fans. Readers can audition for a chance to be in the film alongside A-list child and adult actors. Needless to say, many young fans are interested in playing Agatha, Sophie, and Tedros.

YOUTUBE, TUMBLR, AND OTHER SOCIAL MEDIA
The first episode of the EverNever Show aired on July 9th, 2015. The weekly show airs on EverNever TV, a YouTube channel. Each show is an off the wall discussion about the series, contests, tour information, and all things SGE. Soman is usually joined by JoAnn and Ramon. When they get together it’s as if the tea party from Alice in Wonderland crashed into LIVE! with Kelly and Michael.


If the main site is too overwhelming fans can head over to Facebook, Twitter (Soman’s account), or the SGE Tumblr (all links provided below). The Tumblr page is bare bones and is where the team shares tidbits related to events surrounding the series. All social media channels are updated regularly with information fans want to see, read, and hear. Soman and his team join in the fun by regularly interacting with excited fans.

EDUCATION
Parents, educators, and librarians have not been forgotten. The School for Good and Evil site hosts an education portal. Visitors can find extensive — as well as abridged — discussion guides filled with probing questions and activities that will challenge a student’s critical thinking and creative skills.

LONG LIVE BOOKS BEYOND THEIR PAGES
In an age when most young readers spend more time on their computers, tablets, and phones, it is essential for authors to create a space for those fans, online. Since children’s literature has become big business — with YA reaching adults too –, a dynamic site and frequently updated social media channels can extend interest in a title or series.

If you’re an author, what are you doing to ensure your book has a lasting life beyond the publishing date, book tour, and school visits? How do you form lasting relationships with fans of your work?

If you’re a fan, what keeps you interested in a book long after you’ve read it the first time? Let us know in the comment section below, or via any of our social media channels. 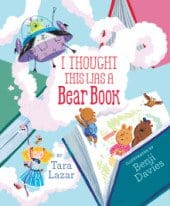