In 2015 the National Book Foundation partnered with the 92nd Street Y to double the quantity of students who were able to participate in the press conference. A total of 600 students from private and public schools attended the event.


Following Rocco’s interview with the finalists several student reporters from Tompkins Square Middle School and The Young Women’s Leadership School took their turn. These young readers really knew their stuff. They asked insightful questions regarding the author’s motivation, their choice in abilities and personalities for characters, and how they conquered writer’s block.

Caden Bosch is on a ship that’s headed for the deepest point on Earth: Challenger Deep, the southern part of the Marianas Trench. Caden Bosch is a brilliant high school student whose friends are starting to notice his odd behavior. Caden Bosch is designated the ship’s artist in residence to document the journey with images. Caden Bosch pretends to join the school track team but spends his days walking for miles, absorbed by the thoughts in his head. Caden Bosch is split between his allegiance to the captain and the allure of mutiny. Caden Bosch is torn.

Challenger Deep is a deeply powerful and personal novel from one of today’s most admired writers for teens. Laurie Halse Anderson, award-winning author of Speak, calls Challenger Deep a brilliant journey across the dark sea of the mind; frightening, sensitive, and powerful. Simply extraordinary.

Everyone knows Bone Gap is full of gaps. So when young, beautiful Roza went missing, the people of Bone Gap weren’t surprised. But Finn knows what really happened to Roza. He knows she was kidnapped by a dangerous man whose face he cannot remember.

As we follow the stories of Finn, Roza, and the people of Bone Gap, acclaimed author Laura Ruby weaves a tale of the ways in which the face the world sees is never the sum of who we are.

Most Dangerous: Daniel Ellsberg and the Secret History of the Vietnam War

From Steve Sheinkin, the award-winning author of The Port Chicago 50 and Newbery Honor Book Bomb comes a tense, narrative nonfiction account of what the Times deemed “the greatest story of the century”: how whistleblower Daniel Ellsberg transformed from obscure government analyst into “the most dangerous man in America,” and risked everything to expose years of government lies during the Nixon / Cold War era.

On June 13, 1971, the front page of the New York Times announced the existence of a 7,000-page collection of documents containing a secret history of the Vietnam War. Known as The Pentagon Papers, these files had been commissioned by Secretary of Defense Robert McNamara. Chronicling every action the government had taken in the Vietnam War, they revealed a pattern of deception spanning over twenty years and four presidencies, and forever changed the relationship between American citizens and the politicians claiming to represent their interests. The investigation that resulted–as well as the attempted government coverups and vilification of the whistleblower–has timely relevance to Edward Snowden’s more recent conspiracy leaks.

A provocative and political book that interrogates the meanings of patriotism, freedom, and integrity, Most Dangerous further establishes Steve Sheinkin as a leader in children’s nonfiction.

The graphic novel debut from rising star Noelle Stevenson, based on her beloved and critically acclaimed web comic, which Slate awarded its Cartoonist Studio Prize, calling it “a deadpan epic.”

Nemeses! Dragons! Science! Symbolism! All these and more await in this brilliantly subversive, sharply irreverent epic from Noelle Stevenson. Featuring an exclusive epilogue not seen in the web comic, along with bonus conceptual sketches and revised pages throughout, this gorgeous full-color graphic novel is perfect for the legions of fans of the web comic and is sure to win Noelle many new ones.

Nimona is an impulsive young shapeshifter with a knack for villainy. Lord Ballister Blackheart is a villain with a vendetta. As sidekick and supervillain, Nimona and Lord Blackheart are about to wreak some serious havoc. Their mission: prove to the kingdom that Sir Ambrosius Goldenloin and his buddies at the Institution of Law Enforcement and Heroics aren’t the heroes everyone thinks they are.

But as small acts of mischief escalate into a vicious battle, Lord Blackheart realizes that Nimona’s powers are as murky and mysterious as her past. And her unpredictable wild side might be more dangerous than he is willing to admit.

The Thing About Jellyfish

After her best friend dies in a drowning accident, Suzy is convinced that the true cause of the tragedy must have been a rare jellyfish sting-things don’t just happen for no reason. Retreating into a silent world of imagination, she crafts a plan to prove her theory–even if it means traveling the globe, alone. Suzy’s achingly heartfelt journey explores life, death, the astonishing wonder of the universe…and the potential for love and hope right next door.

ABOUT THE NATIONAL BOOK AWARDS

Each year, the Foundation selects a total of twenty Judges, including five in each of the four Award categories: Fiction, Nonfiction, Poetry, and Young People’s Literature. Historically, Judges are published writers who are known to be doing great work in their genre or field, and in some cases, are past NBA Finalists or Winners. As of 2013, judging panels were no longer be limited to writers, but now may also include other experts in the field such as literary critics, librarians, and booksellers.

In order to be eligible for the Award, a book must be written by an American citizen and published by an American publisher between December 1 of the previous year and November 30 of the current year. 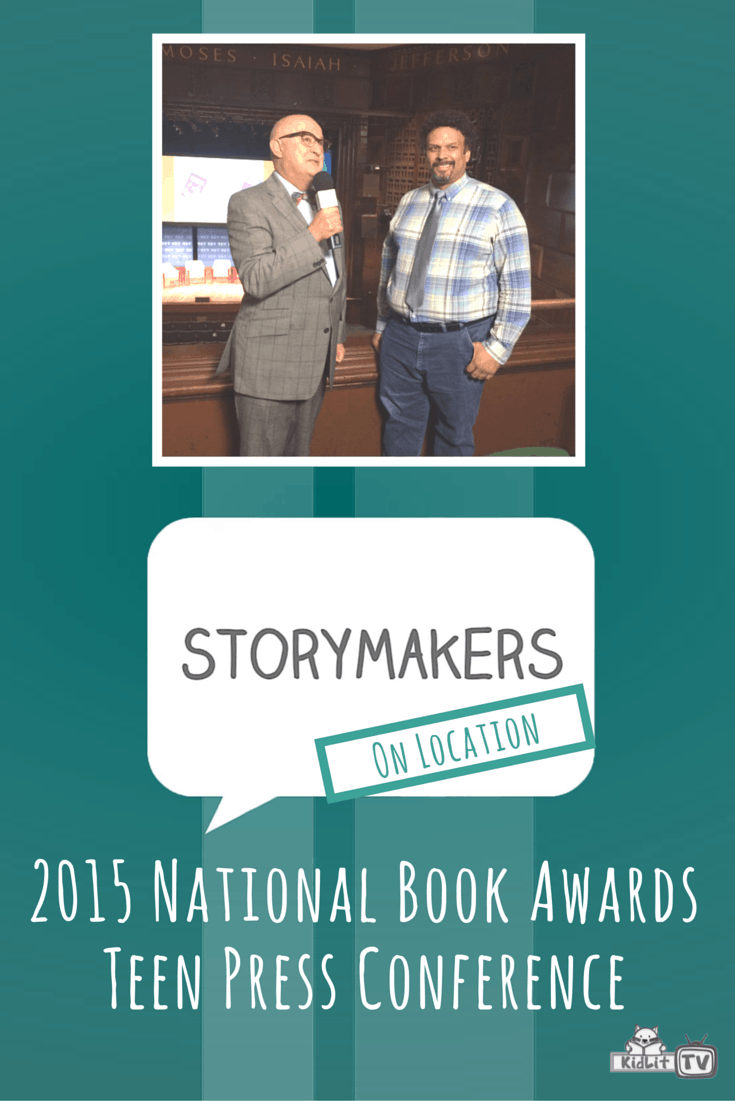