Chocolate chip cookies made with tuna juice?! It’s fish and chips as you’ve never seen it before! Find out what else Rocco and Tom Angleberger are cooking up in the StoryMakers Kitchen while celebrating the launch of the newest book in the DIDI DODO series, DIDI DODO FUTURE SPY! 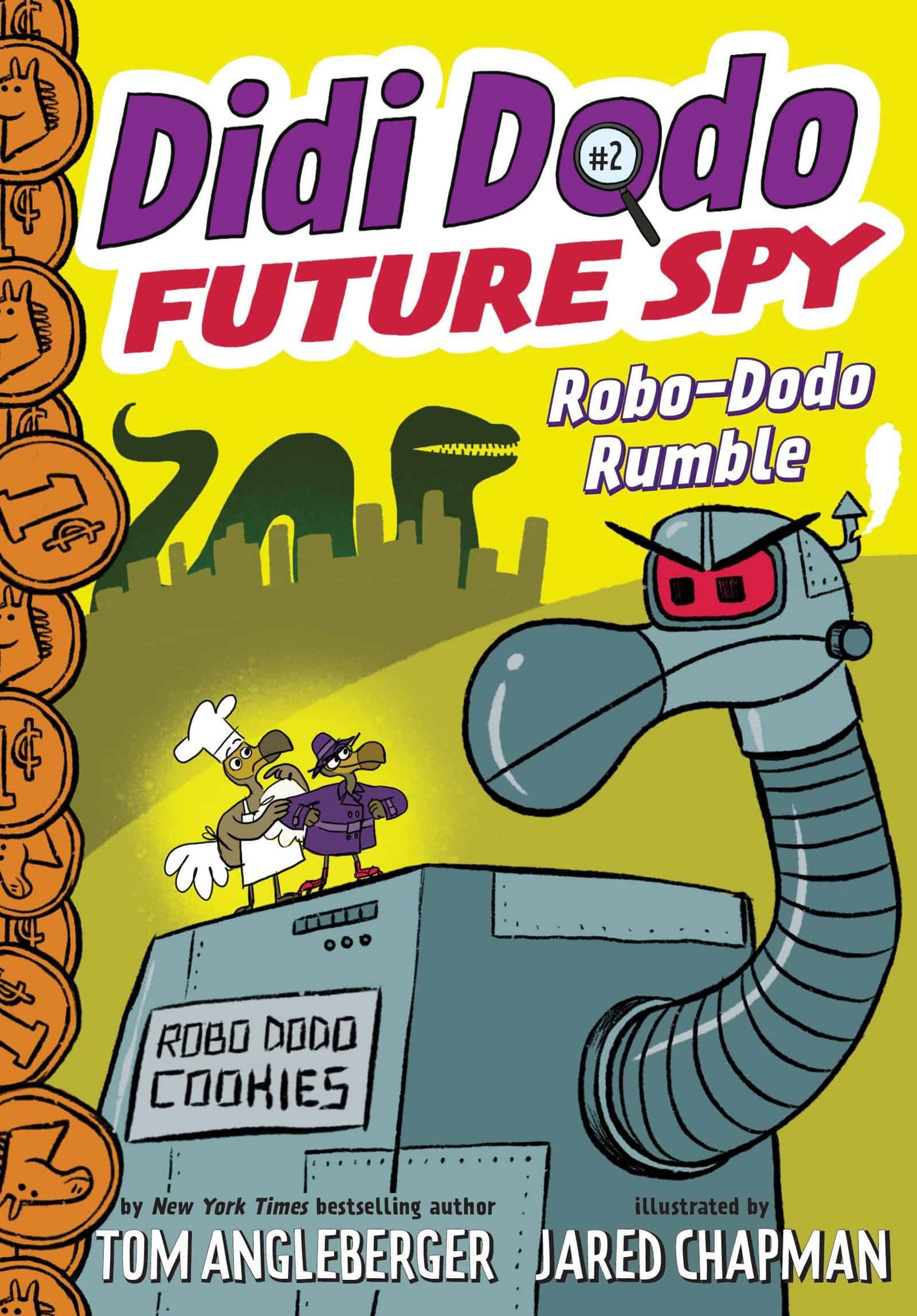 hilarious chapter book mystery series stars Didi Dodo, the daring spy-in-training, and Koko Dodo, Didi’s reluctant sidekick. In Robo-Dodo Rumble, Koko Dodo’s cookie shop is facing some stiff competition from an evil robotic dodo (a Robo Dodo). The Robo Dodo is selling its cookies for only a penny! Why? To put Koko’s shop out of business! And if that weren’t bad enough, a giant sea monster starts destroying the town! But don’t worry. Didi Dodo has a daring plan.
From the mind of the inimitable Tom Angleberger, this wacky caper promises high-speed chases and big belly laughs. The book takes place in the same world as Inspector Flytrap but does not require knowledge of the previous series.

StoryMakers with Kirk Scroggs THE SECRET SPIRAL OF SWAMP KID