Beware! There are ghosts about in this episode of StoryMakers! Don’t worry though, author/illustrator Richard Fairgray isn’t scared — in fact, he’s delighted! Hear about Richard’s new middle-grade graphic novel BLACK SAND BEACH: ARE YOU AFRAID OF THE LIGHT? and the childhood adventure with a real-life haunted lighthouse that inspired the book. Then, if you aren’t too creeped out, learn how to draw a monster that will terrify your friends. 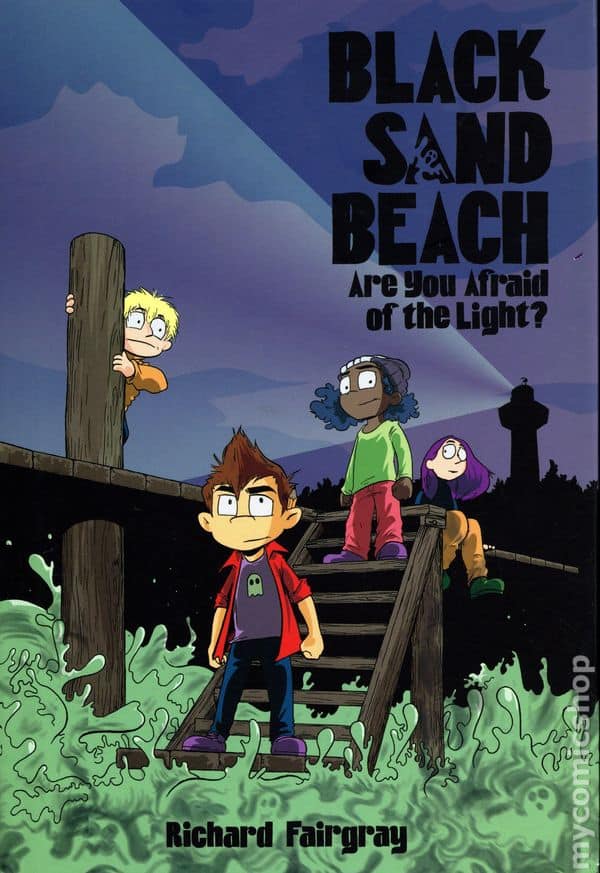 In the first book, Are You Afraid of the Light?, twelve-year-old Dash and his best friend Lily are spending the summer at Back Sand Beach, where Dash’s family has a house. But nothing is as it seems from the beginning. The beach house is a shack, and Dash’s weird relatives are there. But more alarming is the zombie ram that crashes through the front yard. And the ghosts that call out to Dash from the lighthouse . . .

Each book in the dynamic series contains full-color, graphic-novel panels on every page, and multiple connected stories. 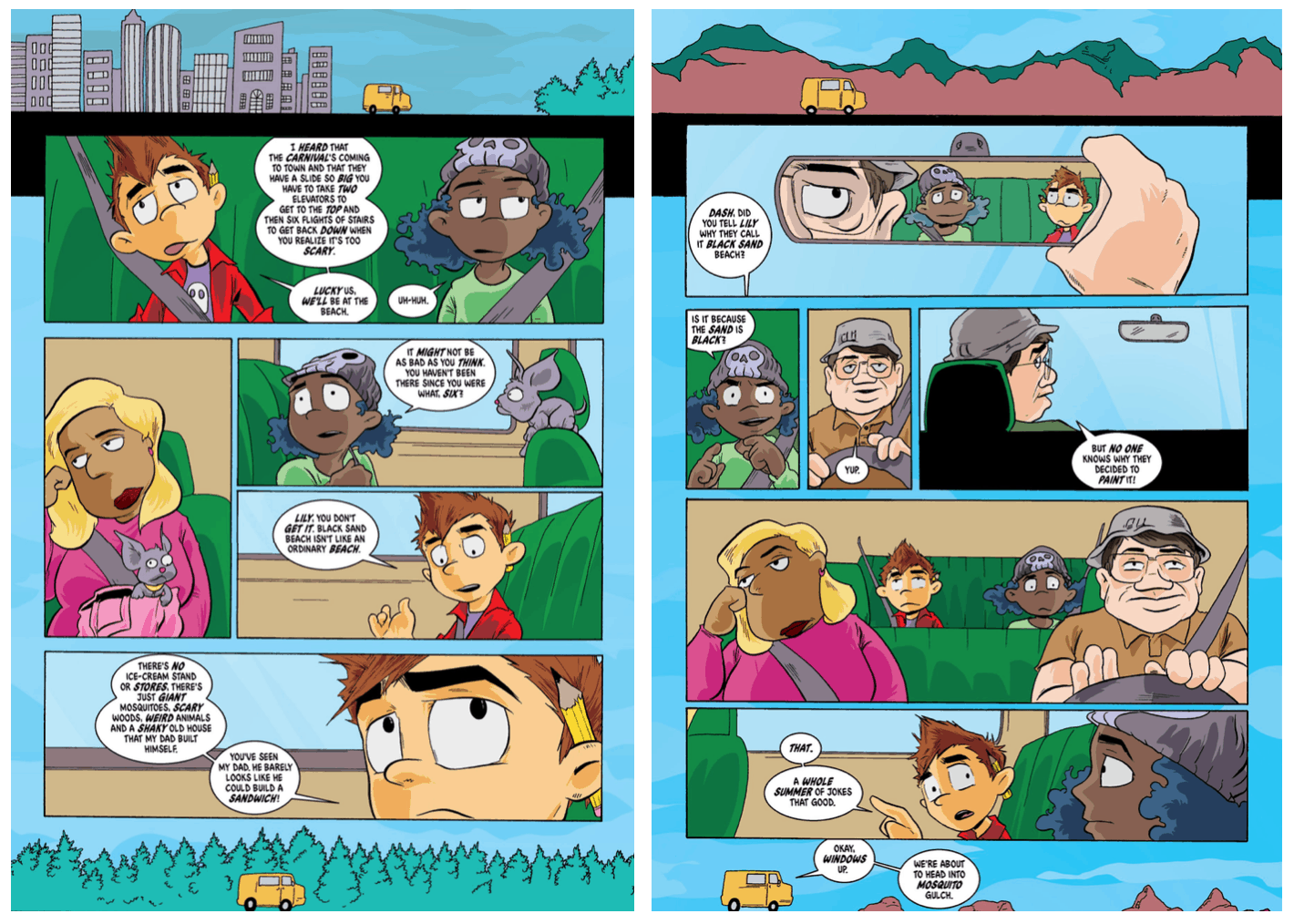 Richard is, first and foremost, a comic creator. He’s been that since he was 7 years old and that’s probably never going to change. The problem is that Richard gets bored easily, so now he also does picture books and screenplays and bad animations and curates the most under-appreciated twitter account on the whole internet. His joke about Rue McClanahan was pure gold, but no-one cared.

But enough about that, let’s take a stroll back to 1992 to see how Richard got started in all this nonsense. Like all children, Richard was dumb. He had little to no concept of the wider world and since Encarta 95 was still three years away, he knew very little of culture, history, or Charles Barkley. His Mind was yet to be aMazed (for more gold like that, see Richard’s twitter). So, in his ignorance, Richard believed that comics no longer existed. He’d seen them on TV, he knew what they were and how they worked, but since he’d never seen one in real life, he assumed they were just something from the distant past, like books, or plays. After all, why would people bother making comics when animation existed? Surely people would rather see Batman wiggling a little, instead of just standing still. So, when Richard stopped making regular books and started making comic books, he really believed he was cornering a forgotten market.

Richard’s first comic ‘Ghost Ghost‘ was a simple concept (originally called Ghost the Ghost but Justin Timberlake told him to change it), a ghost who struggled with invisibility and loneliness. Richard drew it, blackmailed his way into free photocopying, and then sold copies to the sympathetic parents of his enemies at a school athletics event. This was the second time Richard felt a true love of commerce overwhelm him. He used the profits to buy several Ninja Turtle toys he had been wanting.

Since then, Richard has produced some 200 comics, everything from graphic novels and ongoing series like Wilhelm Scream and Blastosaurus, to the daily comic strip I Fight Crime. It’s hard to believe he can do all this and still find time to be so funny on his twitter account. 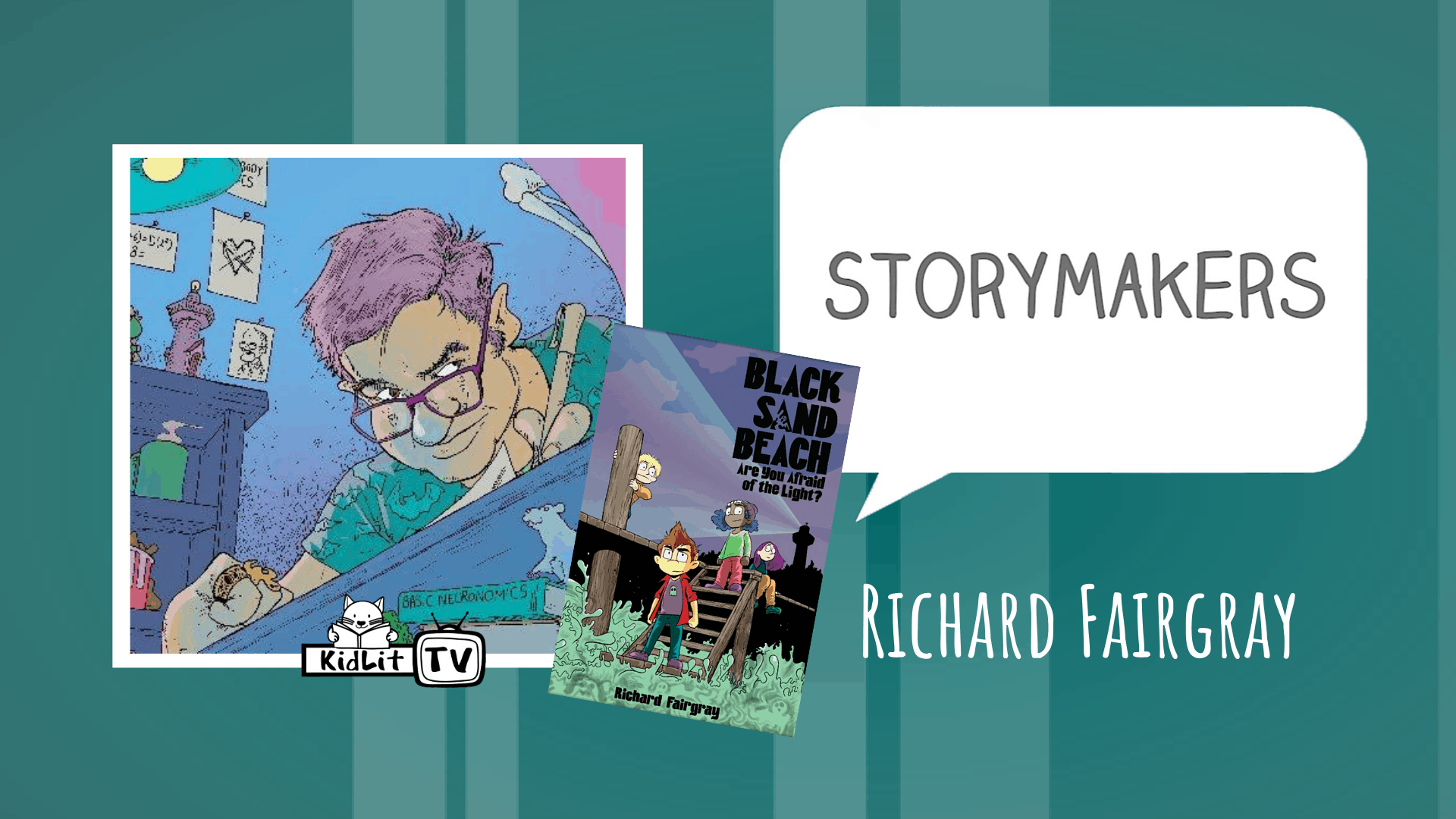